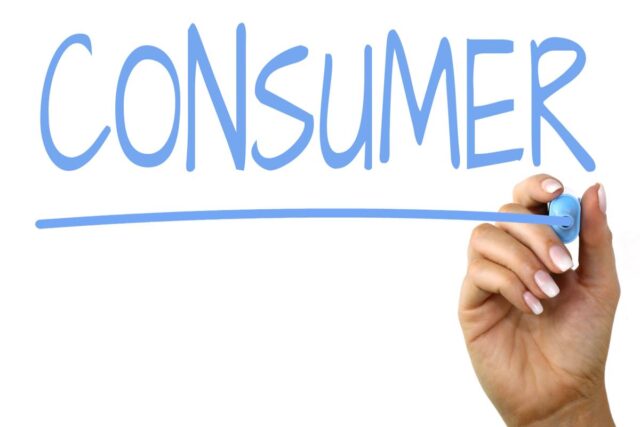 The Consumer Protection Act, 1986 initially did not include medical services under its purview. Cases of medical negligence at that time were dealt with in civil courts. India to adjudge cases of medical negligence would rely on various leading judgments given out by the English courts. Furthermore, Supreme Court had given out decisions that clearly stated medical services as ‘personal service’ rendered by the doctors, which did not fall under ‘services’ as defined by the Consumer Protection Act, 1986. The apex court had held any doctor performing his duty taking due caution, and reasonable care cannot be held liable for medical negligence. Patients would have to wait ‘patiently’ to get their matters sorted out. Tables turned when the apex court pronounced judgment of the case IMA V V.P. SHANTHA IN 1996.

This was a landmark case through which the Supreme Court had brought in medical services rendered to patients under the scope of ‘services’ as defined under Section 2 of the Consumer Protection Act. It scraped all previous decisions given by the Supreme Court in this regard.

According to this case, any service rendered to a patient by treatment, consultation, or diagnosis will fall under the Consumer Protection Act. Medical services provided by government or private hospitals free of cost will not come under the purview of this Act. Still, any medical service rendered by an independent Doctor free of charge will come under its purview. In case of price discrimination by a hospital, i.e., charging fees from those well off but exempting poverty-stricken people, the services rendered by the institution will come under the purview of the Consumer Protection Act. This case advanced the goal of the Consumer Protection Act to provide speedy and cheap justice. It increased the liability of the doctors and hence to some extent, reduced the chances of people falling prey to medical negligence.

Consumer Protection Act, 2019 further implemented that no litigation charges will be required on cases of monetary value up to five lakh. Research conducted by insurance companies reflects that after the inclusion of medical services under the Consumer Protection Act, lawsuits filed against doctors have seen a significant hike. This can be attributed to the effective functioning of Consumer Dispute Redressal Commissions which served patients with speedy justice.

A case of medical negligence has three contributing factors. They are:

The burden of proof lies on the complainant in a case of medical negligence. To claim damages from the accused, the claimant must first prove that the person owed a duty of care to the claimant, breach of which caused the harm suffered. Bolam’s test (derived from Bolam v Friern Hospital Management Committee) is used to determine the reasonable standard of care a medical practitioner owed to his patients. In the case of Dr. Laxman Balkrishna Joshi Vs. Dr. Trimbak Bapu Godbole, the apex court, held doctors must follow accepted standards of care established by profession. Any breach of these responsibilities will open him up to a legal suit on medical negligence—the Supreme Court in the case of Vinod Jain Vs. Santokba Durlabhji Memorial Hospital and Ors observed that a doctor not possessing the highest expertise in a field will have the liberty to exercise skills that any ordinary man in a similar situation would undertake. To prevent doctors from prioritizing their safety above their patients, the Supreme Court had come to this conclusion.

Effect of Consumer Protection Act in the Medical Field

Many people allege that the inclusion of medical services within the ambit of the Consumer Protection Act has led doctors to adopt a defensive medication policy which has increased the costs of health services. In simplified terms, it means conducting an excess number of diagnostic tests to be sure of the ailment which needs to be treated and also as a means of defense in case of litigation. However, this statement cannot be considered entirely accurate. Even before the Consumer Protection Act was enacted, medical negligence cases were dealt with in courts. Its inclusion has given the consumers a parallel option to approach consumer courts, anticipating the swift settling of their grievances.

On the other hand, an evidence-based approach in the medical field can be attributed to the rise of prices in this industry. Doctors often bend towards multiple diagnostic investigations bearing in mind the onus to deliver quality health care to patients. What must also be remembered is that the patient gets such treatment at affordable prices.

Consumer Protection Act, 2019 has been enacted with an aim to sweep unfair trade practices from the floors of private health delivery systems. The pandemic has flashed a light on many incidents of unfair trade practices being undertaken by the private health delivery systems. This might stem from the Government using State infrastructure at occasions where the private sector would better serve the purpose.

In Chandigarh Clinical Laboratory vs. Jagjeet Kaur, the National Consumer Disputes Redressal Commission supported the findings of the District and State commissions, ordering the appellant to pay the complainant Rs.25000 plus costs of Rs.2000. The patient had received incorrect reports from the appellant laboratory, for which the Commission stated that the appellant had a “duty of care” to provide the patient with accurate findings, and thus this qualified as medical negligence.

The State Consumer Disputes Redressal Commission, through the case of Jagdish Prasad Singh V Dr. A.K.Chatterjee, established that in a suit for negligence, whether the patient suffered significant harm would not be a judging criterion. In this case, it had directed the accused to pay a compensation of Rs 25,000 and Rs 5,000 as litigation costs to the complainant due to the mental agony and physical harassment caused to him.

The medical profession is a noble one. Nothing must soil the integrity of this profession. It must also be remembered that doctors are also humans prone to mistake. Treatments may sometimes not yield adequate results due to various reasons, including the natural course of life. However, if the patient suffers harm on account of negligence contributed by the doctor, he must be made liable. Keeping this in mind, the Supreme Court had included medical services under Consumer Protection Act. This reduced the burden on Civil Courts and also ensured the aggrieved get speedy access to justice.

The article is written by Debasmita Nandi, a first year law student of CHRIST (DEEMED TO BE UNIVERSITY), LAVASA.