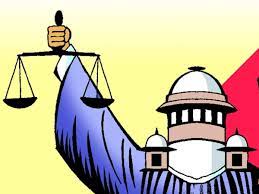 ISSUE BEFORE THE COURT

The main issue was that whether an accused charged with various offences under the IPC along with the provisions of the SC/ST Act is entitled for anticipatory bail (also called as pre-arrest bail) under Section 438 of the CrPC or not.

The anticipatory bail is not maintainable in the cases of the offence committed under SC/ST Act as there is a bar under section 18 of this Act. Therefore the Hon’ble SC has held that the petitioners have committed the offence under SC/ST Act, and hence they are not entitled for release on pre-arrest bail.

The case analysis has been done by Priyanka Choudhary, currently pursuing BALLB from Mody University of Science and Technology, Lakshmangarh, Rajasthan.