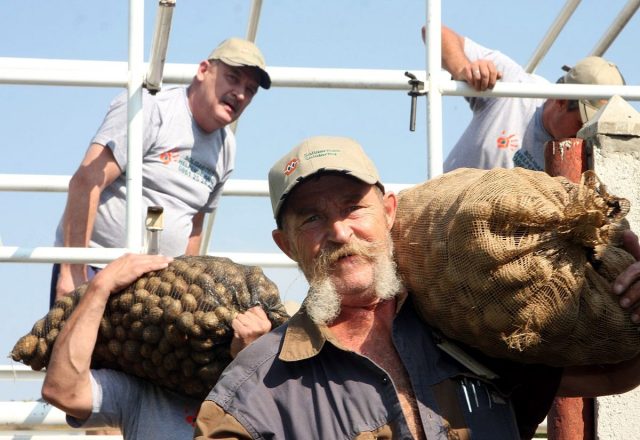 This article is written by Kalyani Gupta, a Master’s in Law student from Amity University, Noida. This article discusses the evolution of trade unionism in India and the challenges faced by these unions.

The labour movement was the primary power that converted misery and hopelessness into hope and development. Out of its courageous battles, economic and social transformation gave birth to unemployment insurance, old-age pensions, government aid for the needy and, above all, fresh wage levels that intended not mere existence but a bearable life. The leaders of the industry did not take the lead of this transformation; they avoided it until they were conquered. When in the mid-thirties the wave of union organization crested over the country, it carried to safeguard the whole society.

Trade Unions surfaced because of the Industrial Revolution which can be traced back to the 18th century when the Industrial Revolution started in Britain. The Industrial Revolution is described by the aligning up of large-scale factories, fresh lines of mass production, mechanization, and quick economic expansion. It is normal that when many factories are set up, there is a requirement for labour. Therefore, the need for unskilled and skilled labour increased. At the time, the industries were not appropriately organized, and the employers focused on boosting profits which headed to exploitation of the labour class who were uneducated and poor. We can say that it guided to the creation of two classes in the industrial sector:

Primarily, the labourers thought that their requirement for money is larger and that their employers can simply switch them if they objected to the unfair terms and wages imposed by their employers. But gradually the labour class understood that if one specific labour protests for the unfair terms of his employee, it will not have any effect on the industrial organization but if workers form themselves into a group or “Union” then more influence will be wielded on their employer lords. Creating labourers into Unions also provided them the power to collectively bargain. Hence, this idea led to the establishment of Trade Unions.

The Britishers started inhabiting the Indian sub-continent in the 1600s and began to set up factories and mills in India exactly similar to the Industrial Revolution in Britain. The major rationale why the British found it appropriate to start development in India was that India had a profusion of inexpensive and poor labour along with organic resources and land for establishing the industries.

The cotton mill was formed in 1851 in Bombay and the first ever jute mill was created in 1855 in Bengal. Exactly like Britain, the circumstances of labour in India were harsher. The unfair and pitiful working conditions such as working hours, wages and sacking policies made the laborers join up hands and come together and protest. One of the first turmoil among labourers can be seen back to the year 1877 when due to unexpected decrease in wages the labourers of Empress Mill, Nagpur prepared a strike.

Since such unionism was a modern trend there was no law to enact and control these new labour unions. With increasing dissatisfaction and unrest amongst the labour class and constant dispute with the employer class, few measures were taken to investigate and solve the situation.

‘Factories Commissions and Factories legislations’ triggered no progress in the working circumstances of the labour class in India. In 1885 all the laborers of India had also signed a document with their employers to give them basic modicum working environments. Still, the situation did not get better. The preliminary attempt by labourers was humanistic in nature under the backdrop of the setting up of Indian National Congress and non-violence movement instigated by Mahatma Gandhi.

When World War I broke out, a rapid change of all resources to accommodate war requirements and the employers were reliant on the labourers. It then the labourers understood that the employers want them as much as they want their employers. This gave them a “bargaining position”. Trade unions began to get established in India, but the procedure was gradual due to the direction of socialist reformers. But many Trade unions began to get prepared. The first main trade union which was formed was the ‘Madras Labour Union in 1918’ under the presidency of Mr B.P. Wadia. This was followed by the creation of the ‘All-India Trade Union Congress in 1920’. With the creation of Trade Unions, the workers started to arrange strikes and protests to affirm their demands such as reducing working hours, minimum essential wages.

The creation of Trade Unions and the association of strikes and protests by the workers were not accepted by the employers. To put an end to the actions of the recently established trade unions and beyond to bar creation of Trade Unions the employers sought after legal recourse. One of the highly significant cases filed was against Mr B.P. Wadia who was the “President of the Madras Labour Union” that he colluded with laborers and went on walkout and was restricting trade. The Employers asked for an injunction to stop the protests and actions performed by the Trade Union.

Contentions raised by the Employers

The Hon’ble Madras High Court based on these contentions granted the injunction to stay the strike on the following grounds:

It is to be mentioned here that up until this time there was no statute which gave legitimate legal force or backing to the trade unions. The Order of the Madras High Court was moved to the truth that there was no law that permitted trade unionism in India. The expanding need to have pro-labour legislation which led to the passing of the Indian Trade Union Act 1926. The word “India” was afterwards dropped, and the legislation was finally named Trade Union Act, 1926. The Preamble of the “An Act to provide for the registration of Trade Unions and in certain respects to define the law relating to registered Trade Unions”.

The Act was revised in 1947 which offered for compulsory recognition by the employers of the rep Unions. Though, the amended act has not come into force yet.

Independence of India was advantageous to Trade Unions in India in a massive way as the forefathers embraced the principles of equality for all, justice, and freedom plus the freedom of expression. The Constitution of India also identified Freedom of Association as one of its Fundamental Rights. Planning was also implemented by India through Five-year plans. The emphasis of the first 2 five-year plans was on the industry and agriculture sector which managed to set up huge public sector industries. With the setting up of these industries, the requirement for labour increased and trade unionism became effective and active. However, due to a deficiency in organization and appropriate leadership there were inter-union conflicts which were combined with political interference.

The mid 1960s, the economic condition of India had begun to worsen primarily because of famines and wars observed by India in its previous years. The rate of inflation increased, and rates of food and grains soared. Industries were also disturbed by the structural adjustments in the economy. There were more rallies, strikes and lockouts planned by the trade unions during this period of time. Nationwide Emergency was enforced during PM Indira Gandhi’s regime from the year 1975 to 1977 halted all the Fundamental Rights with the right to form associations and right to strike.

The government, Post-Emergency, had tried to bring into power an ‘industrial relations bill’ which intended to ban protests and lockouts in important industries and services. Though, the bill was met with intense opposition from various participants, particularly the trade unions. As a result of which, the bill was not passed. The trade unions had attained an overbearing position by this time. They had achieved their bargaining powers and had turned out to be more coordinated and were able to meet their obligations by discussions and strikes.

In 1991 the Government agreed to start the economy by introducing the “New Economic Policy” (NEP). With difficulties of liberalization, privatization and globalization rifts and differences were also noticed in Trade Unions in India as the Government’s labour-friendly attitude shifted to be more investor-friendly. Due to globalization, there was huge slashing of the workforce and trade unions were struggling fiercely to save workers their jobs. With the introduction of liberalization in 1991, the industrial relations strategy began to shift. Now, the policy was sloping towards employers. Employers decided towards workforce decline, launched policies of volunteer retirement schemes and flexibility in the work environment also improved. Hence, globalization has brought in huge changes in industrial relations policy. The major attributes of trade unionism after the globalization turn out to be the small extent of membership, absence of sufficient finance, non-implementation of welfare schemes, influence of political parties and other beyond interfering in the actions of trade unions.

With problems faced by “New Economic Policy” (NEP), the trade unions had to deal with a torrent of difficulties, but the silvery lining over here is the increase in the amount of trade unions, improved organization, and operation. As per the analytics of the Labour Bureau, there are around 11,556 listed labour unions in India with average membership at 1283 members per trade union. In 2001 the Act underwent the amendment. Main add-ons and amendments to the act are as following:

The Ministry of Labour and Employment has been considering on introducing a proviso for establishing trade unions at both central and state level. Consideration to encompass such an amendment has come from in the challenge of several interpretations by trade unions. Consequently, on 20th July 2018, the Ministry has issued a statement in the official gazette recommending the amendment and has welcomed remarks from the stakeholders and members on the draft amendment. If it is passed, a new Section 28A and Sub-section (2A) to Section 29 (2) will be introduced which will give for required recognition of Trade unions at both the federal levels.

Trade Unionism in India has surely come a prolonged way. Primarily from having no lawful backing to illegalising “strikes” by the trade unions to conceding them registering procedure and mandatory recognition and now having full-feathered legislations and special courts, trade unions in India have achieved an amazing status or standing in the labour movement. But there are still a small number of obstacles that the trade unions face still such as shortage of financial resources and support from the government. Therefore, there is still room for the expansion and development of Trade Unionism in India.