Abortion and the MTP Act 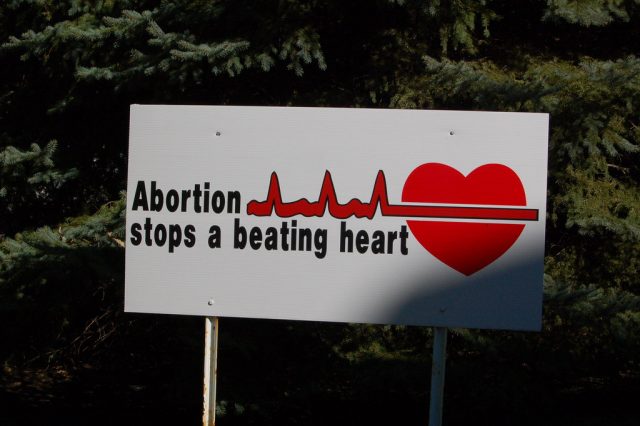 This article is authored by Vishrut Gupta, a 1st year law student from Lloyd Law College. This article throws light on the legality of abortion in India as well as the critiques of those laws.

“If a mother can kill her child – what is left for me to kill you and you to kill me – there is nothing between.”― Mother Teresa

The rapidly increasing rate of abortion across the globe has resulted in the formation of several laws and policies related to abortion. The conscious and intentional termination of pregnancy with the help of medical sciences is known as abortion. So, if a mother is not willing to give birth to the child due to any reason, she can visit a hospital to stop her gestation, but within 28 weeks which is considered to be safe for abortion. The gestation period is the duration for which the woman is pregnant and the foetus is developing inside her womb. Usually, the woman gives birth after an interval of 38 to 42 weeks of pregnancy, which is approximately 9 months.

In the international aspect, human rights allows a woman to choose  if she wants to continue her pregnancy or not. Three laws primarily deal with human rights and childbirth, namely, The Right to Life, The Right to Health, The Right to Autonomy and Bodily Integrity. Apart from this, abortion has been categorised into the five main categories:

The Lancet Global Health Report said, “A total of 15.6 million abortions was carried out in India in 2015.” A rapid growth in the ‘Maternal Mortality Rate’ was seen. (Maternal Mortality Rate is the rate at which women die during or within 42 weeks of abortion due to mismanagement or accidents while doing the abortion. One of the main reasons for the same is that a lot of fake and unauthorised clinics are running with fake doctors and unethical practices. Teens also get pregnant due to lack of sex education and being underage, they try to abort their foetus illegally at such clinics and end up with fatal situations. It was found in research that- “8% of the deaths of maternal mortality were due to unsafe abortions.”

India had only one main law to cater for abortion, which was The Medical Termination of Pregnancy Act, 1971. Section 3 of the act allowed women to terminate their pregnancy within 20 weeks of getting pregnant including some of the provisions and exceptions. Later, in 2002, the word ‘lunatic’ mentioned in all the sections of the act, was replaced by ‘mentally ill’. We saw certain cases when the Supreme Court allowed the termination of pregnancy even after the 20th week. A 2017 case where a Kolkata girl was allowed to terminate her pregnancy even after the 20th week of gestation, due to the detection of Pulmonary Atresia in the foetus, shows that there are certain cases where this law was overlooked under certain exceptions for the greater good. The exceptions cover the cases of rape and life threats to women or her child after giving birth. The same thing happened in 2016 when a landmark judgement was given by the court in a rape case.

After several petitions were filed to increase the upper limits of the gestation period in rape cases, the government in 2014 finally made a draft to bring an amendment to this law. The major amendment features were-

Finally the Medical Termination of Pregnancy (Amendment) Bill, 2020 was introduced in Lok Sabha on March 2, 2020, and passed on March 17, 2020. The bill added another 4 weeks in the upper limits of the abortion period under some provisions and establishments of state-level medical boards. The bill passed from the Rajya Sabha on March 16, 2021, and finally amended. Certain acts and punishment related to abortion are mentioned in the Indian Penal Code, 1860. Section 312-314 of the IPC deals with the punishment of the miscarriage- cause, permission and death due to miscarriage. Section 315 deals with the intended act to prevent the child from coming out and killing the child after birth. Section 316 covers the death of a child caused by the quick unborn, which amounts to culpable homicide.

Critiques of the MTP Act

As the Medical Termination of Pregnancy (Amendment) Bill, 2020 got passed; several criticisms and flaws in the amendment came to light. The major critique of the amendment bill is that the bill itself violates article 21 of the Constitution, i.e. Right to Life which covers the Right to Health as well. The health of the women gets deteriorated in the time she takes permission from the court for abortion, especially in rape cases where the victim suffers mental trauma as well. Another strong argument was that the child to be aborted also has his Right to Life which again violates Article 21 of the constitution. This is an irony in itself. The next critique said that it should be totally on the will of the mother, whether to keep or abort the child, there shouldn’t be a time limit for abortion if the medical practitioner allows it keeping in mind the safety of the mother. The bill does not talk about the inclusion of transgender, there isn’t a single word mentioned about the same. The Medical Board has to interfere in certain cases but those cases are missing, nowhere mentioned and the time limit of examination by the Medical Board to examine the possibility of abortion is also missing. The bill stands unanswerable to such questions which are the essential pillars and technicalities of the bill and thus cannot be ignored.

We should focus on the increasing maternal mortality rate. The government should set up committees to investigate unethical abortion clinics to avoid any further deaths due to a lack of medical knowledge. The loopholes of the laws are needed to be fixed soon so that it covers every crucial aspect which could save a mother’s life. We should keep in mind that our presence has been possible because of a mother and it has been rightly said- “Justice delayed is the Justice denied.”