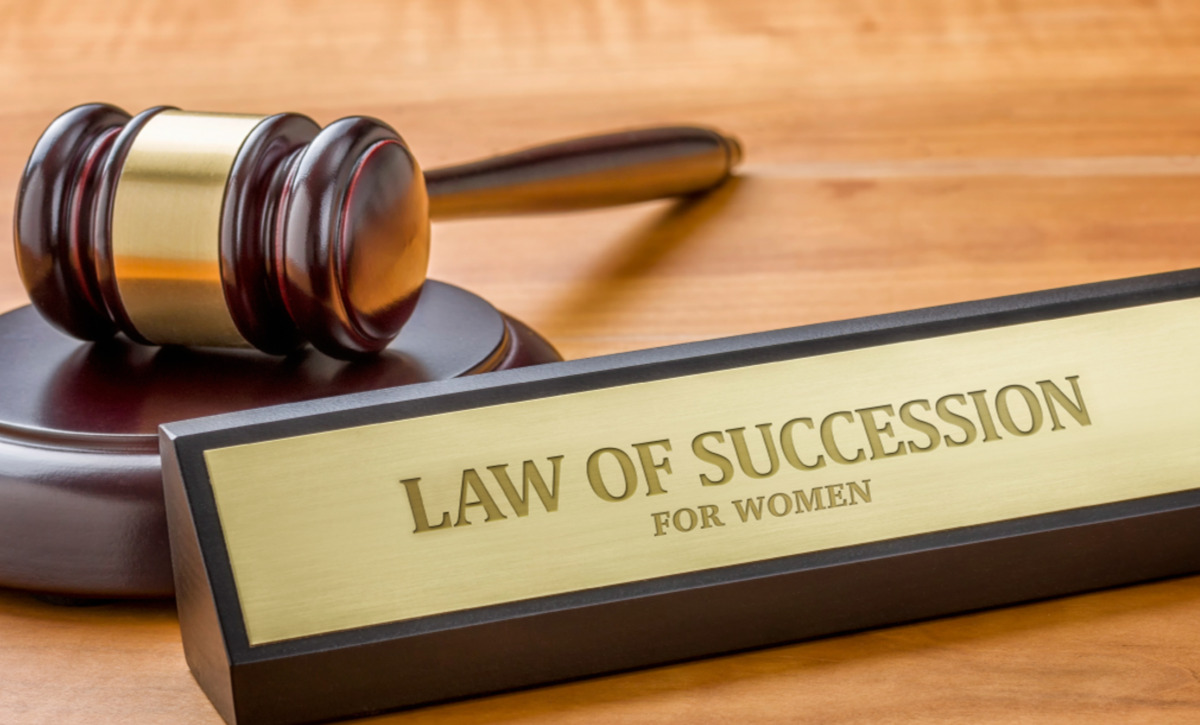 Before the enactment of the Hindu Succession (Amendment) Act, 2005 women were considered physically and mentally inferior to men. The Indian patriarchal society disregards the Hindu women’s right to property and she or he is formed to suffer inequality and oppression. Women could hold only two sorts of property- Stridhan and Women’s Estate. Over which the feminine had meager powers only. Since they had no absolute powers and rights over the property and couldn’t acquire property from their father, they might not become Karta or play any role within the family property.

On 9 September 2005, the Hindu Succession (Amendment) Act, 2005 came into force incorporating the reforms suggested within the 174th Report of the Law Commission of India. This amendment deleted section 4(2) of the act and paved the way for equal rights for girls. According to the newly amended provision, a lady by birth becomes a coparcener within the same manner as a son. The daughter now has equivalent rights and liabilities as a son. She fully enjoys the rights of the property of her father also as her in-laws.

In this case, DR Gupta and his sons held a bungalow in Delhi and a few movable properties and shares on a long-term lease. On 1st October 1971, Mr. DR Gupta died leaving behind him the five sons alongside their respective families. Mr. Kishan Mohan Gupta, the eldest son, became the Karta of the Hindu Undivided Family. At a later time, all the five sons of DR Gupta also died, and therefore the son of the younger brother of Kishan Gupta declared himself as the Karta of the HUF because he was the oldest living member of the said HUF.

The plaintiff challenged him by stating that after her father and her uncles, she is the senior-most member of HUF by the plaintiff, eldest daughter of Mr. Kishan Gupta.

The defendant objected to such claims and contended that the amended section 6 of HSA only grants daughters equal rights to be considered coparceners as those enjoyed by a male member and not extends to management of HUF property. He further argued that since the plaintiff has been married, she can’t be considered as a requisite part of HUF.

Whether the eldest daughter amongst the coparceners of Hindu Undivided family, be entitled as Karta?

In this case, the Court held that Karta must be a senior-most member in a HUF.

The Delhi High Court held that while women would have equal rights in a HUF property, this right could not be curtailed when it comes to the management of the same property. The court further held that hurdles that prevented a women member of a HUF from becoming its Karta were that she did not have the necessary qualifications of Copartnership. Now, Under Hindu Succession Amendment Act, 2005, this deprivation has been deleted and there is no reason left that Hindu women should be denied the position of Karta in HUF. If the eldest son is often Karta, so can a female member.

In Prakash v. Phoolwati, the court held that the 2005 amendment will have the prospective effect which means that when the predecessor will die on or after 9 September 2005, then only women can claim to become Karta. But in the given case, the Court held that women have the right to become Karta, even though her father died before the introduction of the 2005 amendment. With due respect, the above judgment is patchy as it does not explain the actual position and role of Karta of HUF. The court only focussed on the proprietary rights and management aspect of the Karta, and other aspects like the socio-religious position of the Karta in HUF are neglected.  But this judgment will create a positive impact on society because it settles an equal place for women.

Although the proper of being the Karta has been conferred abreast of the daughter, being the senior member of the family, through legislation and judicial pronouncements, she didn’t come to the fore to require up this responsibility. The family, where there are brothers notwithstanding younger than her, consider their sons to be more competent and hand over the responsibility of the family, by holding the title of the Karta. Most of the time Daughters are not even considered a member of their existing family but as a member of her husband’s family. Inconclusive words, the position of classic India or things before the amendment, persists in India Society.

When the legislature passes the amendment act of 2005, it is very evident that they want to include female members of HUF to inherit Mitakshara co-coparcenary property. Due to unclarity in the provisions of the Amendment act and lack of awareness of the recent amendments, the discrimination continued even nowadays. But this judgment has clarified the legislature’s actual intent by including the management of the HUF property. Hopefully, it would assist in eliminating the gender discrimination, oppression, and negation of the fundamental right of equality of women guaranteed under the Indian Constitution. And over time, strengthen the position of women in the hierarchy of society.

The case analysis has been done by Megha Patel, a 2nd year Law Student at the Mody University of Science and Technology, Laxmangarh, Rajasthan.

The case analysis has been done by Shubham Yadav, a 4th-year law student from Banasthali Vidyapith.