Rights of Victims of Trafficking 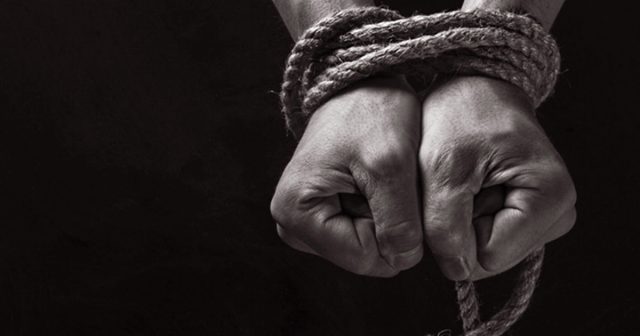 This article is written by Rishita Naredi, First-year B.B.A.-LLB. student in NMIMS Kirit P. Mehta School of Law, Mumbai. In this article, the researcher discusses in detail the rights of the victim of human trafficking.

According to UN Office on Drugs and Crime, Human trafficking refers to an act of recruitment, transportation, transfer, harboring, or reception of a person for profit by force, fraud, or deception. This crime, which occurs in every corner of the world, can affect men, women, and children of all ages and backgrounds. According to the report, sexual exploitation is the most common form of human trafficking (79%). Women and girls are disproportionately the victims of sexual exploitation. Forced labor (18%) is the second most prevalent type of human trafficking, but this figure may be misleading since forced labor is less commonly observed and documented than trafficking for sexual abuse.

Women make up the majority of traffickers in 30% of the nations that gave statistics on their gender. Women trafficking is common in several regions of the world. More than 20% of the victims of human trafficking worldwide are children.

Human Trafficking mainly consists of 3 forms- Domestic, Intra-regional, and across the Continent. From these three forms, the former two are the most common types of human trafficking across the globe.

The article will highlight the rights of victims of human trafficking in India and as well worldwide.

Rights of Victims in India

There is a legal framework for the protection of victims of human trafficking in India. This section will in detail highlights those provisions.

According to Article 23 of the Indian Constitution, traffic in human beings and forced labor is prohibited in India.

(2) Nothing in this article shall prevent the State from imposing compulsory service for a public purpose, and in imposing such service the State shall not make any discrimination on grounds only of religion, race, caste, or class or any of them.

One of the fundamental rights of every individual living in India is the right to be free from exploitation.

The Indian Penal Code of 1860 includes the provisions for human trafficking. Section 370 and Section 370A deal with human trafficking. It outlawed the trafficking of women and girls and imposed harsh penalties on anybody who did so. It states that anyone who buys or sells a person under the age of 18 for prostitution, sexual exploitation, or other immoral objectives faces up to ten years in prison and a fine.

The section also recognizes cross-border prostitution, and anyone who brings a girl under the age of twenty-one years into India with the intent or knowledge that she will be forced or persuaded into unlawful intercourse with another person is penalized by up to 10 years and shall be liable for a fine.

In 1950, the Indian government ratified the International Convention for the Suppression of Immoral Traffic in Persons and the Abuse of Others. The GOI, passed the Suppression of Immoral Traffic in Women and Girls Act (SITA) in 1956 as a result of the convention’s ratification. But this act fell short in terms of deterrent punishment, let alone the delicate treatment of victim rescue and recovery. Even the conditions of rehab been very poor become a source of re-trafficking. Due to high poverty and corruption rates, India has become the worst sufferers. So, the act was further amended in 1986 which is now known as the Immoral Traffic Prevention Act, 1986. This law is divided into 25 sections and one schedule aims at preventing immoral trafficking and prostitution in India.

Many of the victims of human trafficking are members of vulnerable communities. Mostly, those areas that are socially and literately backward are targeted by traffickers. This provides another method to protect women and young girls from scheduled castes and scheduled tribes, as well as increasing the pressure on the trafficker or perpetrator to prove his lack of complicity in the crime.

If the perpetrator is aware that the victim belongs to one of these groups, this act can be used to effectively combat human trafficking. Atrocities against people belonging to Scheduled Castes and Scheduled Tribes are dealt with in Section 3 of this act. It covers various forms of trafficking such as forced labor, bonded labor, and even sexual exploitation of women. Minimum punishment of 6 months which may extend to 5 years is prescribed in the act.

Some many International Conventions and treaties prohibit Human trafficking across continents. Some of the major conventions are discussed below.

One of the historic declarations was The Universal Declaration of Human Rights, 1948. It is commonly referred to as UDHR which was adopted by UN General Assembly in the year 1948. These are natural rights that, while not legally binding, are extremely significant and can result in a slew of legal repercussions if they are violated. Since child trafficking is one of the most heinous types of human rights abuse, it violates the declaration’s values. Freedom, dignity, equality, and solidarity are the key principles for the provisions formed.

This convention was adopted by International Labor Organization in 1999. This makes it mandatory for countries that ratify the convention to prohibit perpetrators from using children below the age of 18 years in any form of slavery-like trafficking and/or prostitution. This has effectively brought child labor down in many countries.

There are several ad hoc international criminal tribunals that deal with sex trafficking cases regularly. Under Article 7.1(c) of the Statute of the International Criminal Court, human trafficking is recognized as a crime.

Despite the progress made so far, fighting human trafficking still requires broad-based programs and approaches that can resolve both the causes and mechanisms associated with the phenomenon. The program should involve not only the victim but also his family members, communities, traffickers, exploiters. The formation of worldwide as well as nationwide programs is required. The program should be well-coordinated at all levels and must be strongly implemented. Better implementation will deter the perpetrators to commit such crimes in the future.