Protection of Witnesses in India 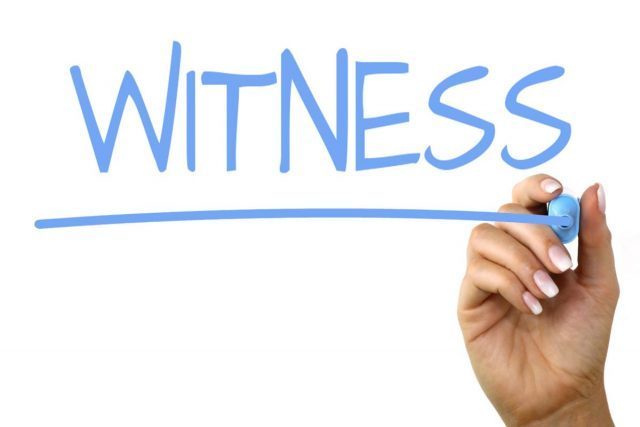 This article is written by K.Lasya Charitha pursuing BALLB in Damodaram Sanjivayya National Law University, Visakhapatnam. In this article, the researcher discusses the problems faced by the witnesses in India and The Witness Protection Scheme,2018.

Witnesses are considered to be one of the most indispensable elements in the criminal justice system, and the trial has found certain reasons for them to reach a fair conclusion. The criminal procedure is based on the construction of legally admissible evidence. This requires witnesses to provide direct or indirect evidence. Today, witnesses are a persecuted group, not just because witnesses are bribed, threatened, kidnapped, or even dismembered or killed, but because of all these and many other reasons why they are unwilling to be witnesses.

Neither the Criminal Procedure Act of 1908 nor the Indian Evidence Act of 1872 defines a “witness.” According to Black’s Law Dictionary, ‘witness’ has been defined as: “In the primary sense of the word, a witness is a person who has knowledge of an event. As the most direct mode of acquiring knowledge of an event is by seeing it, ‘witness’ has acquired the sense of a person who is present at and observes a transaction.”

The Witness Protection Scheme,2018 defines the term “witness” in Section 2(k), which means that a witness is “any person who has information or documents about any offence.”

The High Court of Delhi defined a witness in the case of Ms.Neelam Katara v. The Union of India as: “A witness is a person who gives a statement that has been recorded by the investigating officer in accordance with Article 161 of the Criminal Procedure Code,1973 which is relating to a crime that is punishable with death or life imprisonment.”

Therefore, a witness refers to a person who has certain information or has any written or documentary evidence about any crime. Witnesses play an important role, especially in crimes related to national security, peaceful treatment, murder, rape, robbery, and other serious crimes, where the punishment can be extended to the death penalty.

The Present Situation of Witnesses

The condition of witnesses in the Indian legal system can be described as “very miserable”. The witnesses hesitated in the face of anger, pressure, and threats about their lives from the accused, so they became hostile and gave testimony in favor of the accused persons. The witness did not begin to tremble because of fear of being questioned or cross-examined in court. But because he is worried that he may not be analyzed for a few days, and all such days he would be nailed to the precincts of the courts anticipating his opportunity of being examined. These witnesses had no remedial measures nor were not treated appropriately. Modern legal systems take witnesses completely for granted.

Some of the most high-profile cases such as the Jessica Laal murder and the B.M.W Hit and Run case are that the main witness has turned hostile not only due to threats, coercion, deception, and monetary considerations but also fear of kidnapping and threat to life. It is undoubtedly said that one of the main reasons for witness hostility is that the state does not adequately protect witnesses.

The Hon’ble Supreme Court of India emphasized that in the cases of Zahir Habibullah H. Sheikh and others vs the State of Gujarat, witnesses need to be protected. When defining “fair trial”, the Hon’ble Supreme Court found that “if the witness gets threatened or compelled to make falsehoods Statements will not lead to a fair trial.” Furthermore, the Supreme Court of India ruled in the case of State of Gujarat vs Anirudh Singh that: “Every witness who knows of a crime has a responsibility and should assist the country in issuing a statement or evidence.”

The various reports of the Indian Legislative Council and the Marimatha Council have all explained the necessity of the plan. The 14th(fourteenth) report of the Law Commission of India is the first to deal with the issue of witness protection. Later, the 154th report of the Law Commission dealt with the plight of witnesses. The 172nd and 178th reports of the Law Commission emphasized the protection of witnesses from the outrage of the accused. In particular, the 172nd report inherited most from the judgment of Sakshi v. Union of India, which defended a closed/camera trial to keep the witness away from the accused and ensure that the witness’s approval or testimony was obtained without causing any public fear. The 198th report titled “Witness Identity Protection and Witness Protection Programmes” emphasized that the witness protection system should not be limited to terrorism or sexual crime, but should be expanded to include all serious crimes to thereby increase its scope and functions.

On December 6, 2018, the Supreme Court approved the draft of the witness protection scheme. The draft involves the participation of 18 states and Union territories, various soliciting suggestions from staff, police, judges, and civil society were later explicitly finalized by the National Legal Services Authority (NALSA). The bench composed of Justice A.K Sikri and Justice S. Abdul Nazeer determined the witness’s right to testify in accordance with Article 21 of the Constitution and stated: “The right to speak freely and impartially in court without subjecting to pressure or threat from anyone which is currently under serious attack. If someone is unable to testify in court due to threats or other pressure, then it is a violation of Article 21 of the Constitution.” Furthermore, according to Article 141/142 of the Constitution, the bench regarded this scheme as “law”. Before relevant laws on the same subject are passed, the state must comply and follow the same.

The purpose and the main aim of the scheme are to ensure that criminal investigations, prosecutions, and trials of criminal cases are not disrupted by intimidating witnesses or fearing to testify without protection from violence or criminal charges. By ensuring the safety of personnel directly or indirectly involved in assisting the authorities responsible for the enforcement of criminal law and general justice. The scheme categorizes witnesses into three categories based on their degree of danger to them and defines a step-by-step method to ensure the security of the individual classification.

The scheme provides three categories of witnesses based on the perception of threats:

The plan provides for the establishment of a state witness protection fund to cover the cost of the plan. This fund is managed by the Ministry of Home under State Government/UT’s includes the following:

Drawbacks of the Scheme

Although the scheme provides witnesses with important security-related periods during and after the trial, it also has some shortcomings, such as:

1. The function of the criminal justice system is the responsibility of the state and Some states may not have sufficient resources. To effectively implement the system the alternative method is to be carried out with the help of the center, but anywhere in the plan, the center has no right to donate a penny to the Witness Protection Fund;

2. The witness protection order is limited to three months;

3. The task of defining the content and preparing the threat assessment report has been delegated to the police district chief so that in high-level cases involving politicians or influential people, so that police officers can be put under pressure to provide those people the information about witnesses.

This scheme is the country’s first attempt to comprehensively protect witnesses, and it will greatly eliminate secondary victims. The scheme is designed to provide adequate and reasonable protection for witnesses. The country’s judicial system will strengthen the criminal justice system, therefore, improve the state of national security. Therefore, it needs to be properly implemented to ensure that the principles of natural justice and the rule of law stipulated in our Constitution are preserved and certain steps should be taken to decrease the drawbacks of the scheme and scheme should be properly implemented thereafter for proper protection of the witnesses.

Meditation: A Tool For Access to Justice
Weighing between strict liability and absolute liability
Development of Environmental Laws