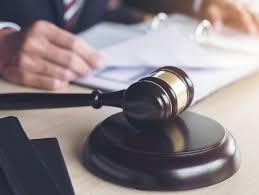 The Hon’ble Justice b. Jagannadhadas

Clause 6 of the Company’s Memorandum of Association Article 116,

Section 13 of the Hyderabad Excess Profits Tax Regulation, Article 116 of the Articles of Association

Article 115 of the Articles of Association

Section 4 of the Indian Partnership Act

Section 5 of the Indian Companies Act

On February 14, 1920, a mill firm was established in Hyderabad. The appellant’s corporation was also established on March 1, 1920. The following month, both firms reached an agreement under which the appellant was designated as the other company’s agent for a period of 30 years, subject to the terms and conditions set forth at the time of the agreement. The corporation paid the appellant the same sum as a form of salary for the Flash Years 1351 to 1352. The appellant received a notice from the officer of Excess Profit Tax to pay the tax on the obtained payment. The appellant responded by stating that the remuneration does not fall under the category of taxable income. This claim was rejected, and an order was issued to examine the appellant’s records and income and assess the tax appropriately.

When the matter was handed over to the Supreme Court, it issued a ruling that addressed the four issues presented by the high court. Question 1 and 4 were answered in light of section 14 of the Indian Partnership Act, which states that a partnership is a relationship in which partners agree to share all profits and losses. The decision was based on the case of “Indercchand Hari Ram Vs. Commissioner of Income Tax.”

Regarding issues 2 and 3, the court made several observations. The subject matter of an incorporated corporation, as defined in the Memorandum of Association, appears to be ambiguous as to whether the company’s operations amounted to carrying on or undertaking. They are, nonetheless, critical in identifying the type and scope of such actions.

After considering all the relevant factors, including the agents’ agreement and the appellant’s terms, the court concluded that everything the appellant does for the company is a form of business, and the remuneration and other benefits that the agents receive from the contracting party are a portion of the profits and gains that he receives under the contract’s terms. As a result, he cannot claim that payment is not taxable income, and so his appeal was dismissed by the Supreme Court.

This case analysis is written by Shrey Hasija, 1st-year a law student at Vivekananda Institute of Professional Studies, GGSIPU.