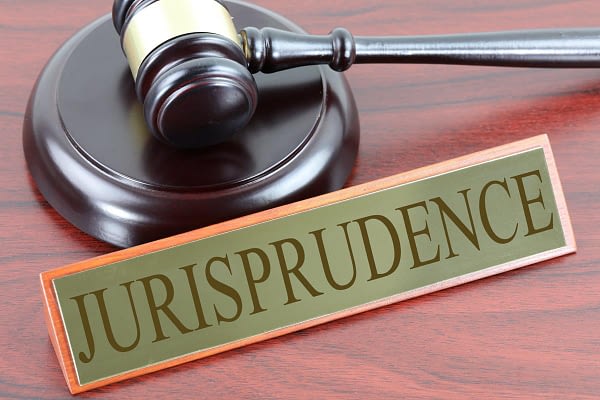 Jurisprudence is defined as the science or philosophy of law. The origin of this term can be traced back to a Latin term, ‘Jurisprudential,’ translated to the ‘study, knowledge or science of law.’ There are five primary schools of thought in jurisprudence. They are:

This article attempts to explain the analytical positivism of the analytical school of thought. The analytical school of thought is also known as the positivist law or the positive school. This is mainly because the proponents of this theory focused on what the law is rather than what it should be. For example, if there is a law that punishes anyone murdering with a death sentence, then according to the positivist law, people must follow this rule without questioning if anyone should be given a death sentence. Analytical positivism calls for consideration of empirical facts, rejecting any moral or value-based theories.

As proposed by Jeremy Bentham and John Austin, the theory of utility and analytical positivism contributes majorly to the analytical school of thought. Analytical positivism also found support in the works or ideas of philosophers like Salmond, Hart, and Holland. Auguste Comte, a French thinker, was the first one to coin the term positivism. The term ‘positivism’ has five meanings:

In England, Jeremy Bentham became the flag-bearer of a new era of history in legal thought. His theories on positivism later led to the establishment of a new school of thought (Analytical School of thought). Around the late 18th century, the law that existed in England was mainly developed through customs. The then prevailing English legal system lacked organization. At this point, Bentham, with his robust positivist approach, gave a new direction for legal research and lawmaking. His ideas laid the building blocks for a phase of transformation from Blackstone’s Natural Law Theory to the Analytical School of thought.

In Bentham’s belief, every law must be considered concerning eight aspects, namely:

This was a first-of-its-kind proposition and further laid the foundations of a new approach. Bentham’s theory might have some shortcomings, but no one can deny his importance in shaping the positivist approach of the Modern English law and laying the bedrock for the emergence of new schools of thought, the Analytical school being one of the most important of them. Needless to say, John Austin also owed much to Jeremy Bentham for his works on Analytical Positivism.

English legal theorist John Austin has extensively used the analytical method in his works, and hence the analytical school founded by him became famous with different names like positivism or analytical-positivism. For his significant contribution in this field, he came to be known as the father of the analytical school of thought (the law of positivism). Austin believed the law to be the command of the sovereign (imperative concept of law), imposed by politically superior to politically inferior. Austin was the first one who had set out to differentiate between positive law and positive morality through his works. A positive morality, according to him, is a law by analogy and hence not an appropriate subject matter to be discussed under jurisprudence. In his theory, Austin did not include laws of inanimate objects or improper laws.

He had a firm idea of law being rules set by men for men. He divided law into two parts:

Human law can be further divided into two kinds:

Austin’s theory was clear, simple, and consistent in regards to what it wanted to explain.

This made his proposed school of thought quite famous, and many other jurists and schools of thought have followed after it. However, many theorists have later classified John Austin’s school as the Imperative school. This is because positivism is a term that failed to define the idea of Austin’s school single-handedly. Similarly, the word ‘analysis’ was not confined to this school and hence could create confusion.

Austin is given the credits for opening a new era of approach to law. Even the flaws of his theory paved the way for new ideas to follow. Later many jurists and philosophers such as Salmond and Gray took inspiration from his thoughts and improved upon his approach.

In conclusion, we can say, the analytical school of jurisprudence believes that the most significant feature of the law is its relationship to the state. As a result, the school is also known as the obligatory school. In the United States, prominent jurists like Gray, Hohfeld, and Kocourek supported the school, as did Kelson, Korkunov, and others in the Continent. Analytical Jurisprudence is a methodological approach to law that views law as a collection of actual interlinked principles rather than a random collection of rules intrinsically linked to the transcendental Law of Nature. It aims to describe, classify, identify the key characteristics, and establish a yardstick by which all laws may be judged.

The article has been written by Debasmita Nandi, a first-year law student of Christ (Deemed to be) University Lavasa.