Yashwant and Others v. State of Maharashtra 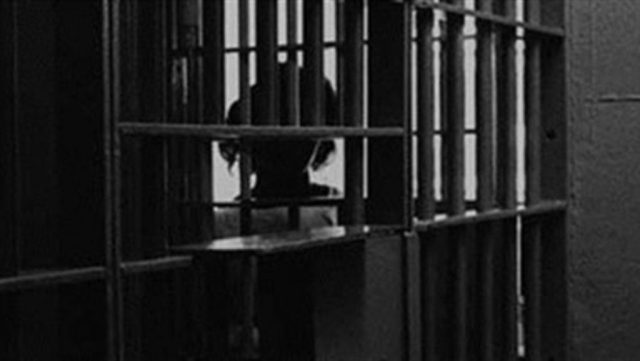 This article is written by Kalyani Gupta, a Master’s in Law student from Amity University, Noida. This commentary discusses in brief about the case Yashwant and Others v. State of Maharashtra

Though the conviction of some of the police officers involved in a custodial agony which led to the demise of a man was sustained, the Supreme Court underlined on the necessity to progress and identify the idea of democratic monitoring where crime control is not the solitary end, but the means to attain this order is also equally vital.

At the beginning it is crucial to note that the police force must develop and acknowledge the concept of “democratic policing”, in which crime control is not the only result, but the means to accomplish this order is also important. Moreover, the turn of actions, in this case, obliges us to restate herein that “Be you ever so high, the law is always above you”. In the trial case, Police Inspector Mr. Narule was on duty, when one chief constable employed at the concerned Police Station, came to Mr. Narule along with three individuals namely “Ganeshprasad, Arunkumar and Kashiram”. They notified Police Inspector Mr. Narule that they were currently staying at India Sun Hotel and were robbed approximately eight days ago. It may be appropriate that they told Police Inspector Mr. Narule that they had not lodged any grievance regarding the incident. On that night, the suspects’ patrolling group who went to the house of H.C.P Telgudiya at Police Lines, Ajni involved:

In the meantime, H.C.P Telgudiya found out that a ‘Christian male’ was accountable for the robbery. Although it was verified that there was no such Christian person, he is believed to have discovered that one person lives in the vicinity, who was a well-known accused from an earlier robbery case. H.C.P. Telgudiya got the police force to his housing quarters.

Further around 1:00 AM in the night, the police arrived at his house. He was then taken under supervision and his housing quarters were examined. It is suspected that during this procedure, some of the policemen were believed to have been assaulted by his wife Zarina. Then, the police tangled Joinus to an electrical pole in the street and were thrashed by the police people with sticks. Soon After Joinus and his family members were escorted to different places including “Rani Kothi, Hill Top restaurant” where he was beaten up erratically. At around 3.55 AM he was taken back to the police station, where he was locked up with other cellmates. On the very next day, Jonius was discovered dead. In the morning on 24.06.1993 at 7:30 AM, then police constables who were on duty found Joinus to be immobile and on inspection he was discovered to be not alive. The Trial Court condemned all of these police officers and punished them to 3 years sentence. The High Court upheld verdict under Section 330 IPC.

The issue which were raised up was whether the case amounted to murder to entice Section 302 of IPC?

It is a question of track record that both the courts have taken a parallel point of view that the crime described did not amount to “culpable homicide” as the reason of death was suffocation and there was not anything on record to demonstrate that the wounds were the source of the death. It is well established that to be called a murder, it needs to be a culpable homicide, “all murders are culpable homicides, but the vice-versa may not be true in all cases”. Hence, we need to determine whether a case of culpable homicide is rendered out here in the first place or not. Examining the testimony on record, the court held that the informal connection amongst the wounds caused to the deceased by the blundering officers and the demise is not related.

It would be relevant to say here that the first alleged police officer had died and the actions alongside him had subsided. The other accused police officers argued that they were simply implementing the orders of the first suspect. In this regard, the Bench said: It is not only that the suspects who must verify that they have obeyed the order of their superior officer, instead they ought to also provide evidence to the Court that the above-mentioned appellants bonafidely supposed that the orders delivered by suspect were lawful. Perceiving that this disagreement is taken only before the Supreme Court, the Bench said that it was not their case from the start that the accused-appellants were not informed of facts and conditions, instead all of them began an inquiry party with complete understanding and involvement. On the review of the record, we may take note of this that the argument is only undertaken before this court, to seek out a re-trial and such an effort cannot be brought into matter herein.

It cannot be dropped on us that the Bench of Supreme Court plainly and persuasively discerns from the facts depicted it is obvious that the police knew the identity of the deceased was distinct from the individual, they chose to examine initially. The way the deceased and his family members were occupied into custody imitates pure act of disorder and does not become the conduct of the Police.

The Supreme Court in this landmark and commendable decision has very justifiably enhanced the sentence for policemen from just 3 years to 7 years. Seven years is the maximum period of sentence that can be imposed under Section 330 of IPC under which the cops were charged. They deserved no mercy as they were directly accountable for the unfortunate death of Joinus who was beaten ruthlessly.

Corporate Securities - Classification
All You Need to Know About The Hindu Minority and Guardianship Act, 1956
The Overtime Work under Labor Laws
2021-06-02
Previous Post: Jayaram Mudaliar v. Ayyaswami
Next Post: Duty of Public Prosecutor under the Criminal Justice System in India