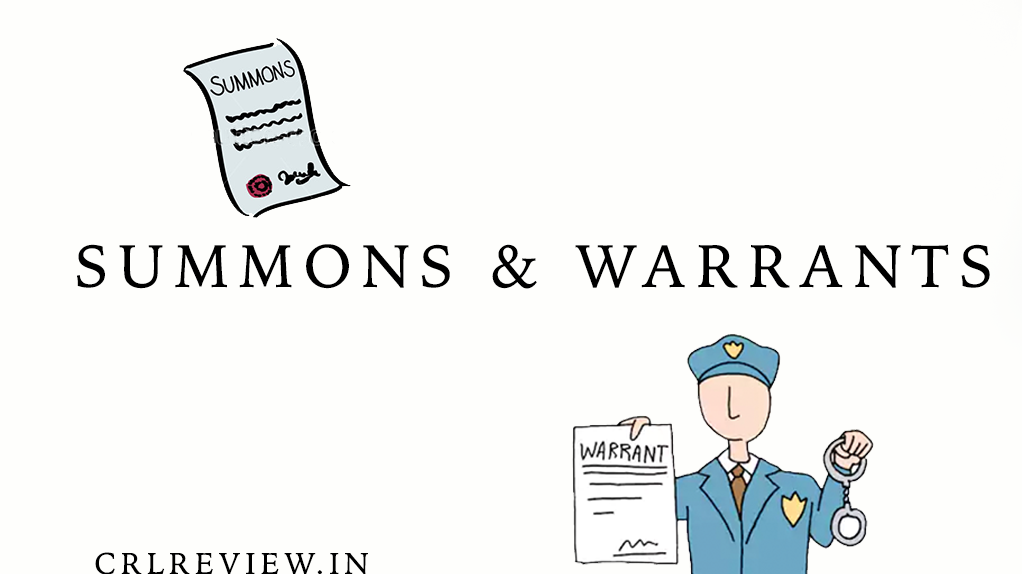 This article has written by Khan Mahe. Picture credits to crlreview.in

It is a written order provided by a judicial officer or other empowered person ordering a law implementation officer to perform some act for the administration of justice, hence A warrant is indispensable if an arrest is to be demonstrated legal, except in circumstances during which arrest without warrant is recognized by law or statute

However, warrants are recognized unrelated as per the variability of purposes within the law. The one that ignores the looks in court is additionally brought by issuing the Warrant. Mainly, police issue warrants because the basis to arrest a suspect and to conduct an enquiry of property for evidence of a criminal offense .

The Warrant which is executed by a policeman,after the conviction ,the individual arrested are often released by such bail which may be bond or cash as per the warrant.

The term “bench” springs from the normal meaning for the judge’s seat, arrest warrant which is ordered by a judge against the criminal or any similar proceedings is understood as an arrest warrant . it’s issued when one cannot appear before the court.

In severe criminal cases, when there’s failure to which results in a “regular” bench warrant , which might drive immediate attempts to locate an accused. An  arrest warrant however ,does not mean that the police are going to be at the door of the defendant  subsequently morning. Thus, the name of the accused are going to be communicated into a statewide computing system that sometimes serves the whole enforcement center.

Arrest Warrant is usually where the police are expected to accumulate an bench warrant , matter by a judge supported evidence , before taking an individual into custody. There are, however, exceptions to the present general rule which allows police to guide warrantless arrests.

Bench Warrant: A judge issues an arrest warrant when an individual cannot appear in court. it’s not at the request of the police. it’s supported the court’s jurisdiction over individuals to need their appearance in court.

Search Warrant: it’s an order issued by a magistrate or judge to authorize law officers to look for an individual , his vehicle or location, to urge evidence for a criminal offense and to seize any evidence if found. In some countries, an enquiry warrant can’t be issued within the civil proceedings.

A summons may be a legal notice to a suit. it’s the primary official notice that the opposite party receives to notify him or her that he or she is being sued by some party or person ,

In some cases, the summons may specify a selected court date Usually , an individual is served with a summons, it Gen6 requires that an independent process server provide the defendant with the complaint ,In simple terms The court calls or notify the party or person concerned at specific court , as an example If you sue someone, you want to serve them with a Summons. Which provides them notice of the lawsuit. “Service of process” is that the formal name for giving a defendant a Summons to return to court

Section 61 of criminal procedure code ,1973 says every summon issued by the court

* Signed and sealed by the leader of the court

Section 62 of The Code of Criminal Procedure,1973 defines the one that can serve are as follows :

* By a politician , subject to such rules because the State Govt. may prescribe.

A) By personal service

D) Under Section 66 _ By Service on Government servant

E) Under Section 67 _By Service of summons outside local limits

Difference between Warrant and Summon

5) Lastly , a magistrate can convert a summon case into a warrant , but warrant cannot altered and altered

Future of Social Security in India: Social Issues about Pensions, Gratuity Funds
Judicial Separation and Divorce under the Hindu Marriage Act, 1955
Specific Performance of Contracts under the Specific Relief Act, 1963