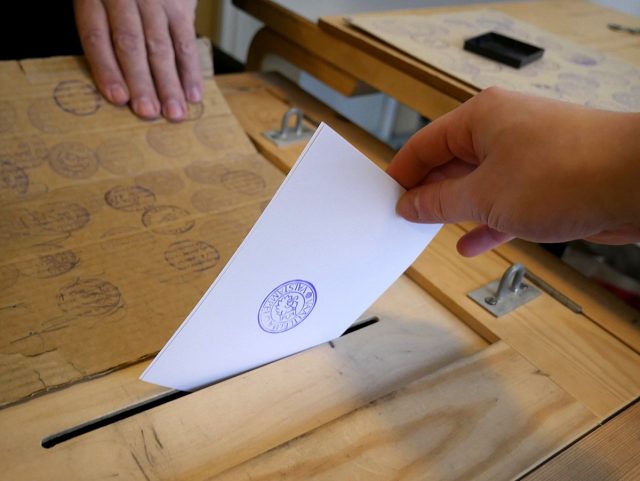 This article is written by Anushka Singh, a second-year student, pursuing BBA-LLB at Unitedworld School of Law, Karnavati University. This article aims to explain voting rights in India with a gest of how India actually got the vote.

Article 326 provides that election of Lok Sabha and Vidhan Sabha of every state shall be done on the basis of adult suffrage. Adult suffrage also known as adult franchise states that every person who is of eighteen years on a specific date given by government (1st of January) is entitled to be a registered as a voter on the condition that he doesn’t fall in the disqualification category or is barred by some other legislation. The Constitution (sixty- first Amendment) Act, 1988 reduced the voting age from twenty-one years to eighteen years.

Today in India people are allowed to vote irrespective of gender, race, caste, education, wealth etc. but that was not always the case. While mentions of elections and voting have been observed in the Indian history quite frequently; adult franchise was adopted only at the initial stages of the great constitutional debates in April, 1947. Before this adoption, under the colonial rule, elections were held with accordance to Government of India Act 1919[1]. Though this act gave forth the federal structure and allowed direct election from the constituencies to the houses it only granted voting rights to a limited number of people. These people were given the right to vote on the basis like high education qualification, payment of taxes, ownership of property, holding of lands, etc. The credentials were placed so high so as to include only rich landowners and farmers; which only allowed 15% of the Indian population to vote.[2]Therefore leading to failure of this system and establishment of adult franchise which in turn gave birth to the biggest democracy in the world.

The Indian Constitution allows all the citizens of India who are of or above the age of 18 and have registered themselves to vote. Every registered individual is allowed only one vote; which he can cast from the constituency where he registered himself. These individuals are allowed to vote in national, state in addition to the local and district elections.

One cannot be detained from voting unless they fit in the disqualification criteria. Once an individual attains the age of 18 years, he has to get himself registered in the constituency that he lives in. Once this process has been completed, he will be assigned an elector’s photo identity cards (EPIC) also known as the ID cards for voters or voter ID cards. The purpose behind these cards are to keep accuracy and reduce fraud or misconduct in elections. Without this card one cannot cast his vote.

Given below are some rights granted to voters in India-

This right is ensured through the Article 19 of the Indian Constitution. Right to information allows a voter to seek information regarding the manifesto of a candidate, financial worth, education qualification, criminal records, etc.

On 27th September 2013, the apex court observed that a right to vote none of the above should be included and ordered the election commission to provide a button for the same.

NOTA is an option which allows a voter to register a vote of rejection by voting for none of the parties contesting the election. This allows voters to still participate in the election process and cast their vote.

Section 27 G of the Conduct of Election Rules 1961 allows a person who is unable to cast vote due to some disability or infirmity to get personal assistance from an electoral officer, who will record their vote.

This happens when a voter going to cast his vote comes to know someone has already coted with his ID. However, the voter still gets a chance to exercise is voting right by casting a tendered vote. These votes are recorded separately by the election commission.

Section 20 of the Representation of the People (Amendment) Act 2010 considers persons who are settled outside India but still have a citizenship of India eligible to cast votes however the person still is required to be present in person to be allowed to cast votes.

Section 62(5) of Representation of the People Act, 1951 disqualifies persons under police custody or confined in a prison from voting in an election.

We know that right to vote is enshrined in Article 326 of Constitution of India, however, this right has been shaped by the Representation of the People Act, 1951. The confusion on the right to vote being a constitutional or legal right clears up in the case of People’s Union of Civil Liberties (PUCL) v. Union of India[3], the Supreme Court of India held that right to vote is a statutory right and under Article 19(1)(a) of the Indian Constitution right to know the background of a candidate is a fundamental right of a voter so that he can take a rational decision of expressing himself while exercising the statutory right to vote.[4]

India is the worlds largest democracy and the election that took place in 2019 were deemed the largest elections in the world with an astonishing 900 million eligible voters. Voting is the fundamental base of a democracy and rights given to voters extremely crucial. They ensure proper and legal exercising of adult franchise. It is the key that make it easy for people to directly participate in choosing their representative. However, any wrongful meddling or breaking of laws could easily mess this structure up and create chaos in turn effecting the future of the country.