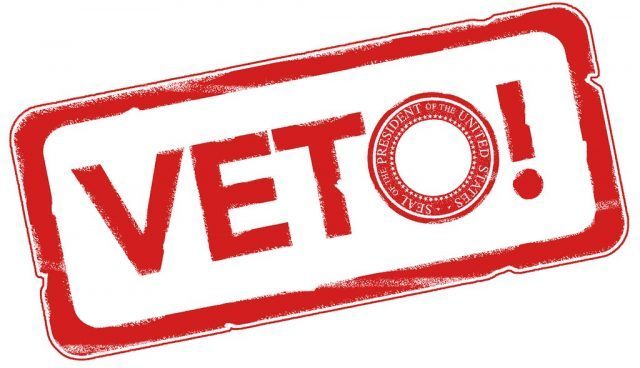 This article is written by Pooja Lakshmi, a law student at Bennett University

The veto power possessed by the five permanent members(China, Russia, the USA, the UK, and France) of the United Nations Security Council on any proposed resolution is mentioned under article 27(3) of the Charter of the United Nations (Charter). Vetoes frustrate the majority preference. This power is the most controversial and heavily criticized aspect of the Council since its inception. It also played a significant part in hindering the ability of the Council to effectively carry out its primary role of maintaining international peace and security despite decades of debate. The system had been a significant force resisting the full actualization of global peace and security and renders the global system chaotic and anarchic. This paper discusses the problems inherent to the current unqualified veto power as the paper is of the view that the system is undemocratic, lacks morality and transparency.

Veto power is the power of the five permanent members that include China, France, Russia, the United Kingdom, and the United States of the United Nations Security Council to veto(i.e., cancel or postpone the decisions, enactments) any “substantive” resolution. The abstention or absence of a permanent member does not prevent a draft resolution from being adopted.

Veto power cannot be removed as members having veto power might withdraw from the UN, and possibly form their forum if veto rights are abolished, making the UN completely pointless because those great powers will no longer uphold it. Vetoes are used for protecting lesser interests or allies other than to protect the security or sovereignty of the P5.

Country and its Veto Power

The creators of the United Nations Charter conceived that five countries — China, France, the Union of Soviet Socialist Republics (USSR) (the one which was succeeded in 1990 by the Russian Federation), the United Kingdom and the United States, because of their critical roles in the establishment of the United Nations, would continue to play an essential role in the maintenance of international peace and security.

They were granted the special status of Permanent Member States at the Security Council, along with a unique voting power known as the “right to veto.” The drafters agreed that if any of the five permanent members cast a negative vote in the 15-member Security Council, the resolution or decision would not be approved.

All five permanent members have exercised the right of veto at one time or another. If a permanent member does not fully agree with a proposed resolution but does not wish to cast a veto, it may prefer to abstain, thus allowing the resolution to be adopted if it obtains the specified number of nine favourable votes.

France- In 1945, the US and Britain pushed for France to have an occupation zone in Germany and a UN Security Council seat. After intense negotiations, the Soviet Union agreed to both.  France applied the veto for the first time on June 26, 1946, concerning the Spanish Question.

Russia- Since 1992, Russia has been the most frequent user of the veto. The Union of Soviet Socialist Republic was a charter member of the United Nations and one of five permanent members of the Security Council. Following the Soviet Union’s dissolution in 1991, the UN seat was transferred to the Russian Federation.

The UK- The United Kingdom is a founding member of the United Nations.  The UK has used the veto 32 times, and the first instance took place on Oct 30, 1956 (S/3710), during the Suez crisis. The UK is also the fifth-largest contributor to the UN’s peacekeeping budget, paying 6.68% of $7bn a year.

US- Since 1970, the US has used the veto far more than any other permanent member, most frequently to block decisions that it regards as detrimental to the interests of Israel.

Amnesty International claimed that the five permanent members had used their veto to “promote their political self-interest or geopolitical interest above protecting civilians.” France and the United Kingdom have not used the veto since 1989.

The Holy See is the only fully independent nation to choose not to be a member of the United Nations.

An affirmative vote shall make decisions of the Security Council on procedural matters of nine members.

Each member of the Security Council shall have one vote.

Decisions of the Security Council on all other matters shall be made by an affirmative vote of nine members including the concurring votes of the permanent members; provided that, in decisions under Chapter VI, and under paragraph 3 of Article 52, a party to a dispute shall abstain from voting.

Opposition to Abandonment of Veto Power

Russia has made it abundantly clear that it will oppose any modification of the veto power apart from what exists at present in the United Nations Charter. Furthermore, neither the United States nor any other great powers, though deploring abuse of the right of veto, has shown any readiness to forgo it except in the field of atomic-energy control. Because there is little likelihood that the Charter can be amended at this stage, it is more practical to follow the Australian approach to the problem.

Trygve Lie, Secretary-General of the United Nations, observed in a report that the organization was “founded upon the basic assumption that there would be agreement among the permanent members of the Security Council upon major issues.” He added: “The fact that the Charter gave the right of veto to each of these permanent members, imposes on them an obligation to seek agreement among themselves.”

It has been argued that with the adoption of the “Uniting for Peace” resolution by the General Assembly, and the given interpretations of the Assembly’s powers that became customary international law as a result, that the Security Council “power of veto” problem could be surmounted. The five permanent members have to limit themselves in the use of the instrument that allows them to influence the entire international system as it is unlikely that they will give their consent to a reform which they are against and to put reform in place every other member needs to persuade them.

It has been evident that the use of veto has created disruptions in the working of the council and the process of negotiation has got complicated. The use of veto has also broken the feelings of the people who were hoping the council to work efficiently. The practical issue in front of the United Nations is that veto can be imposed even if judgment of a single nation will want it to. This is a major threat that needed to be handled. As we have seen examples that a single power has imposed veto several times creating disruptions, the question that stands before the Interim committee of the General Assembly is what steps should be taken to prevent or reduce the repeated usage of veto by a single great power in future  as it has been in the past?

2020-08-25
Previous Post: Procedure of an Integral Inquiry under the POSH Act
Next Post: CALL FOR PAPERS: RGNUL FINANCIAL AND MERCANTILE LAW REVIEW