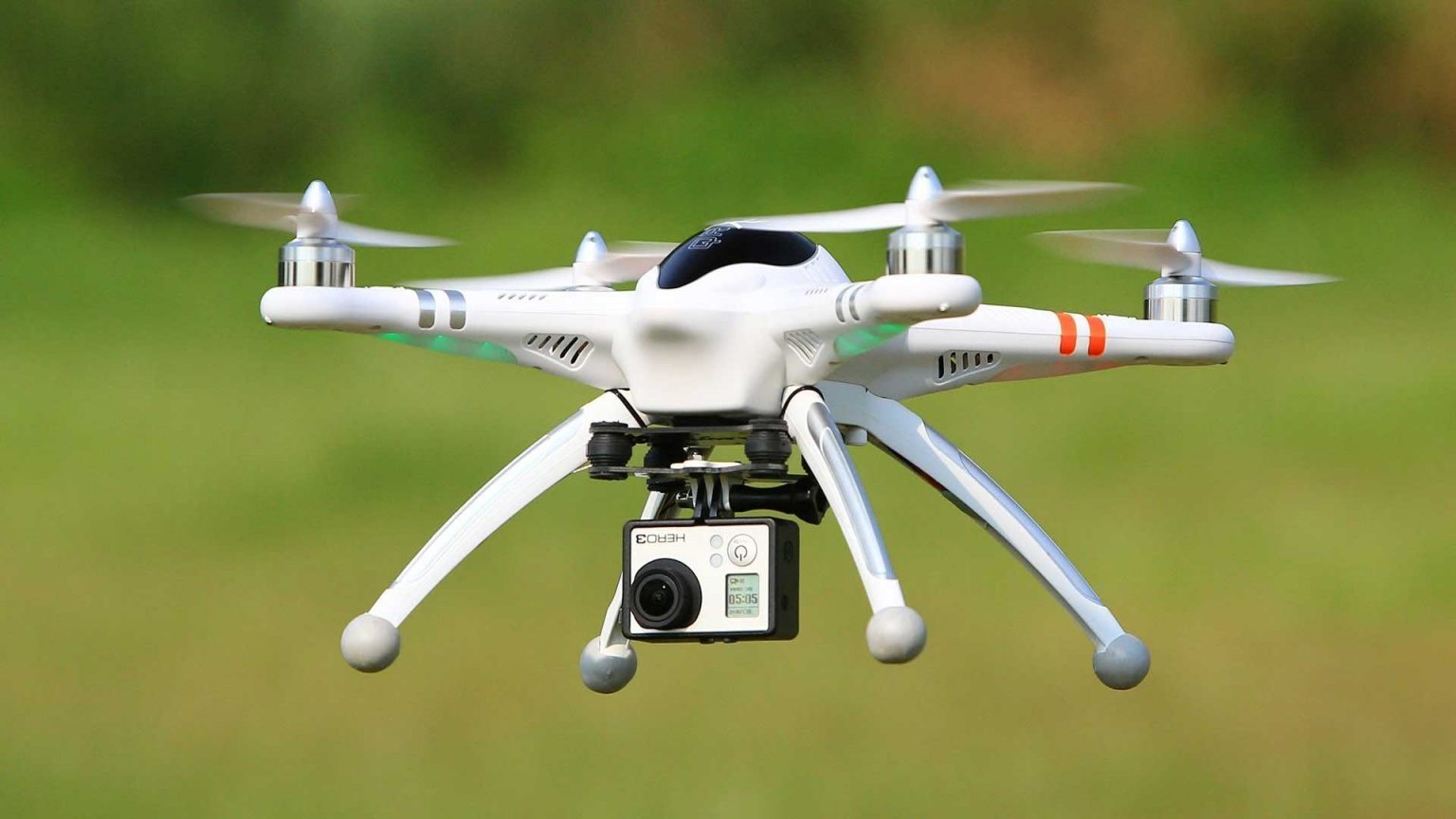 The article has been written by Shubham Khandelwal currently pursuing BBA.LLB from FIMT,IP University. In the below-given article, you’ll all get to know the necessary information about “DRONES”, its introduction classification, general rules, policy gaps, drone equipment etc. Picture Credits Waste360

Technological advancements have changed our life within numerous ways be it the way wars are fought, business operations, or daily activities. Drones also are termed as Unmanned Aerial Vehicle (UAV), Unmanned Aircraft System (UAS), or Remotely Piloted Aircraft System (RPAS). The military in India is no longer a stranger to the drones as they’re used for tracking enemy movements, for border patrols, search and rescue missions, and emergency services.

In Indian neighborhoods, Unmanned Combat Aerial Vehicles (UCAVs) are put to significant use in fighting al-Qaeda and the Taliban in Pakistan and Afghanistan. In fact, within the late 1990s, because the hunt of Osama bin Laden intensified, Afghanistan became the laboratory for the US’ development of armed drones. However, only after the 9/11 terrorists attack within the US, Washington sanctioned the utilization of drones. Since then, drones are increasingly used for targeted killing and in air support for ground troops across both Afghanistan and Pakistan. As former Director of the Central Intelligence (CIA) Michael Hayden once wrote-“Targeted Killing using drones became a part of America’s way of war”.

Besides in military use, drones have penetrated the commercial sphere also, with business developing drones in increasingly diverse roles. one of the most important online suppliers of drone Amazon said in 2013 that it wanted to use drones to deliver the packages and has been testing accordingly. the corporation obtained permission in 2015 to check drones within the US in April 2015, and within the UK in 2016. Now drones are getting used for development purposes, including aerial mapping, and for monitoring critical infrastructures like ports and power plants.

Today the global marketplace for drones has grown and has debates on the legal, regulatory, and even moral issues around their use. So far, there’s no clear global mechanism to manage drone activities. There also are issues around the accidents, air collision, safety, and security of the utilization of drones. Each of those issues requires a comprehensive framework for effective regulation within the civilian airspace for domestic security, privacy and legal concerns to be addressed effectively. India, a developing country plays a proactive role in shaping the worldwide norms and regulations, not only because the evolution of drone technologies can have an impression on India’s security in multiple ways, but also because it’s better for India to be a neighborhood of any new global effort as a norm shaper while at an equivalent time protecting the country’s interest. Several stopgap measures are taken by the state and therefore the central authorities to prevent these gaps whether in addressing the problems of control, or response mechanism within the event of an event, questions of privacy and trespass, traffic, terrorist threats management, and legal liability. Potential large-scale use of drones in agriculture and infrastructure is that the tool within the development of India.

Viability of Drones in India

Much like in other countries, drones have multiple applications in India within the civilian domain like the commercial sector for mapping and knowledge gathering, additionally to the military domain where its uses include surveillance and intelligence collection. However, the utilization of drones have fraught with problems and uncertainties within the absence of well laid out standards, regulation, and operating procedures, one among the primary Indian notification on the topic came within the sort of a Public Notice issued by the Office of the Director-General of Civil Aviation (DGCA), India’s civil aviation regulator, on 7th October 2014. The document was useful for informing the potential operators that the civil operations of UAS would require approval from the Air Navigation Service provider [Airport Authority of India], defense, Ministry of Home Affairs, and other concerned authorities besides the DGCA. DGCA is the process of formulating the regulation (and globally harmonized those) for certification & operations to be used of UAS within the Indian Civil Airspace.

Two years later, the DGCA released a group of draft guidelines in 2016 on the utilization for civilian or recreational purposes. The DGCA invited comments on this circular from various stakeholders for a period of 21 days as decided by the Ministry of Civil Aviation. After a year and a half in action on the previous guidelines, in October 2017 the DGCA released a replacement set of guidelines with the aim of finalizing them by end of the month but the rules were a mere product of dire necessity, they do not exhibit enough foresight. There are several incidents within the past few years that show the risks of the unregulated use of drones for all stakeholders including the overall public. Despite the near-blanket ban on drones in 2014, there are a worryingly high number of sightings of UAVs in several areas across the country which further highlights the necessity of effective regulations to be enforced at the earliest. It can’t be emphasized enough that there was a need for a more nuanced regulatory framework with appropriate recommendations including tracking issues like a liability just in case of mid-air collisions. India must lay out a policy framework that might address the regulatory legal system. Operational, licensing, and liability issues around the use of drones.

Micro: Greater than 250 gram and fewer than or adequate to 2 kilogram

Small: Greater than 2 kilograms and fewer than or adequate to 25 kilogram

Medium: Greater than 25 kilograms and fewer than or adequate to 150 kilogram

Nano drones are going to be regarded within the next higher category if they exceed either of the subsequent performance parameters:

The maximum attainable height is limited to fifteen meters and range limited to 100 meters from the remote pilot.

Rules for Flying a Drone in India

Based on our research and interpretation of the laws, here are the foremost important rules to understand for flying a drone in India.

All drones except those within the Nano category must be registered and issued a singular number (UIN).

Drone pilots must maintain an immediate visual line of sight in the least times while flying.

These drones can’t be flown in the areas specified as “No Fly Zones”, which include areas near airports, international borders, Vijay Chowk in Delhi, State Secretariat Complex in State Capitals, strategic locations, and military installations.

Also, worth noting is that India has specific requirements regarding the kinds of features a drone must need to be flown in India (excluding those within the Nano category). These mandatory requirements include:

While the DGCA had taken the primary step of framing draft guidelines for the utilization of UAVs, there remain several gaps that have got to be addressed, keeping in mind the necessity for balance between security concerns and bonafide uses of drones during a sort of civilian sector.

When it involves usage of drones, the question of privacy is an intricate problem, bringing with it the controversial debate of security versus privacy. Drones operated by non governmental agencies pose a serious threat to existing privacy laws. Most UAVs have constantly transmitting cameras that always operate in high definition. Intended infringement of privacy is sort of easy, but drones also present the case of unintended invasions. This aspect makes it harder to determine infringement of privacy under existing laws in India.

Globally, rules and regulations regarding the utilization of drones are still in their infancy. albeit India is a smaller operator than US, China and other developed countries but exact legislation is there.

So far, at the multilateral level, the International Civil Aviation Organization (ICAO) is the platform for framing rules of the road for drone regulations.

Before every single flight, drone pilots are required to request permission to fly via a mobile app, which can automatically process the request and grant or reject it. India is looking at their system “No Permission, No Takeoff” (NPNT). If a drone pilot tries to fly without receiving permission from the Digital Sky Platform, he or she is going to simply not be ready to begin .

There are various questions concerning ethics, regulation and implementation that exist within the domain of drones. These questions got to be carefully addressed, keeping in mind the extant legal and moral principles and adapting them to the rapid technological advances to make effective governance regimes for UAVs in India. India must also examine the prevailing policies in other countries to adopt the simplest practices because it formulates its regulatory framework. Guidelines and circulars issued by the governments and multilateral agencies like ICAO got to be converted into legal and policy instruments that might have a binding effect on governments.