Towards a Road Less Travelled: Mediation in India 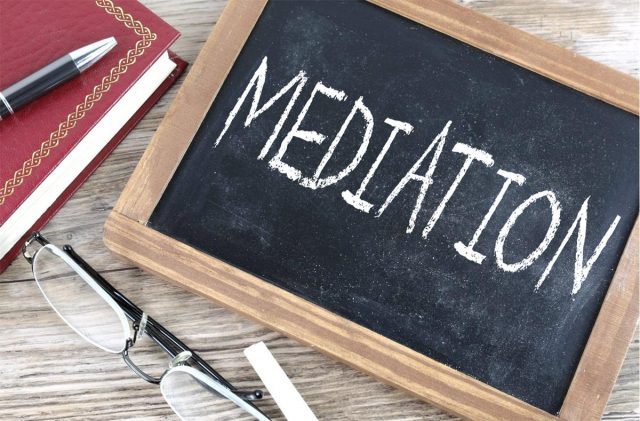 This article is written by APURVA, a student of the Fairfield Institute of Management and Technology, GGSIPU. This article deals with the topic of Mediation, a mechanism of ADR.

In India, ADR- Alternative Dispute Resolution encompasses various methods of settling disputes outside the traditional judicial system. It mentions various methods, such as, arbitration, mediation, negotiation, conciliation, etc. An Alternative Dispute Resolution is an upshot of all such issues which are faced by the public constantly in the litigation. It is like a proxy to the traditional methods of resolving disputes. The mechanisms of ADR mainly focus on resolving disputes of the parties in the minimum time unlike Litigation. It is an option to resolve their issues without an interference of the court. But these mechanisms of ADR have some pros and cons. This article mainly focuses on one of the ways, i.e., Mediation, its position in India and the advantages and disadvantages of that.

‘Mediation’ means the process by which a mediator appointed by parties or by the Court, as the case may be, mediates the dispute between the parties to the suit by the application of the provisions of the Mediation Rules, 2003 in Part II, and in particular, by facilitating discussion between parties directly or by communicating with each other through the mediator, by assisting parties in identifying issues, reducing misunderstandings, clarifying priorities, exploring areas of compromise, generating options in an attempt to solve the dispute and emphasizing that it is the parties own responsibility for making decisions which affect them.

In India, Mediation is a voluntary process in which the disputing parties mutually decide to find a solution to their legal issue by appointing a mediator and entering into a written contract. The mediator acts as a buffer to bring them to an understanding but the decision-making powers remain with the disputing parties. To represent the parties before the mediator and explain the situation in a professional way they can hire ADR lawyers. A mediator can be anyone of any designation and can be appointed formally or casually depending on the wish of the parties, but an Arbitrator needs to be formally appointed either in advance or at the time of the need.

In India, Mediation is divided into two categories as follows:

1. Court referred Mediation:
Under Section 89 of the Code of Civil Procedure, 1908, the court may refer to a pending case for mediation in India This type is frequently used in Matrimonial disputes, particularly divorce cases.

2. Private Mediation:
Corporates, general Public, anyone from courts as well as the government sector can appoint a Private mediator. In Private Mediation, the mediator is qualified personnel who works on a fixed-fee basis.

Mediation has 5 basic fundamental principles which are followed strictly by a mediator as well as the parties for an effective outcome. They are:

It is in the hands of the parties to decide whether they want their dispute to be resolved by a mediator or they want to go to a court. Both the parties decide voluntarily, and It is necessary that no one should force them to mediate.

Every discussion and information given during the mediation shall be kept confidential unless there is a criminal intent or act that involves harm to self or others. And the information provided cannot be used in the court proceedings neither by the mediators nor a court can ask why the mediation did not work.

The mediator should observe all the principles of mediation and consider only matters of procedure and must act impartially and neutrally. He. He should not comment, value judgments, nor give advice or suggest solutions.

The process of mediation can only be initiated if there is an agreement between the parties. Mediation cannot be started without the consent of both the parties intending to resolve the dispute. A mediator should know how to explain the advantages of such dispute resolution to the parties, so that they themselves voluntarily agree to be part of such process. A party may at any time withdraw their participation according to their discretion and then transfer the case to the judge. A mediator can interrupt mediation if he feels that the parties have turned away from the solution or that they are even more opposed than they were at the start of mediation.

Mediation is only meant to resolve issues between parties and not prejudice them.

“Mediation” is a well-known term in International Law. The process of mediation may include several stages. They are:

Practitioners in this field adopt their own preferred styles and they differ in their basic steps. It completely depends upon the nature of the dispute. In this process the mediator gets the opportunity to locate the points of differences and the areas of controversy and then help the parties to overpass the gap between them. The mediator should be neutral to both the parties. The neutrality of the mediator is similar to the neutrality of a Judge, but the role is completely different from that of a Judge. The mediator is not supposed to either deliver a judgment or dictate the terms of the agreement to the parties.

Why Mediation is Effective?

The following points are advantageous for the effectiveness of the ADR mechanism of Mediation:

The development of an ADR mechanism of Mediation is a feasible alternative to litigation but, in India it is still in the impending stage. There is always a need for policies and strategies for an effective implementation. The process of mediation is frequently used by the public but proper implementation lacks. The high courts need to set up more mediation centres and some particular sector of cases should be given to them by the courts.

Although, some mediation centres have been set up by a few industries and trade associations, and some professional lawyers have attempted to develop to full-fledged professionals with expertise in the mechanism of mediation, but these instances are sporadic and irregular in nature, so, the overall perspective of mediation still remains to traversed and looked upon. To achieve a high-level acceptability of the process of mediation, we need to focus upon several issues like development of awareness, building capacities, institutional framework, advocacy, and actual framework.

And let us make an ADR mechanism of Mediation a mainstream, rather than just being a less travelled road in India.