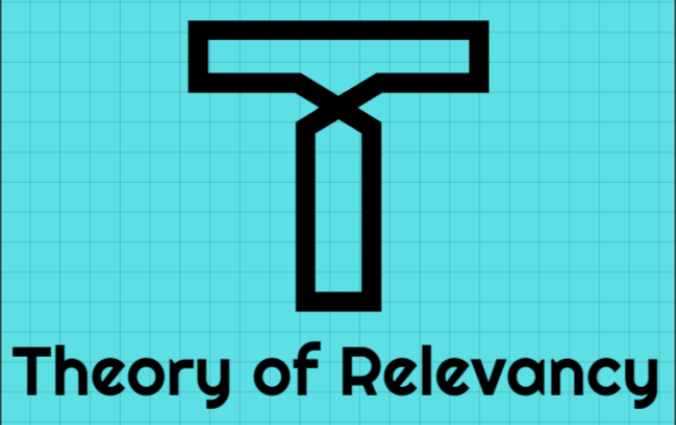 Theory of Relevancy under Evidence Law

Mansi Tyagi, is a student of Symbiosis Law School, Pune. In this article, she has discussed the rules and principles concerning the theory of relevancy under Evidence Law. Also, she has tried explaining the distinction between admissibility and relevancy of facts. And in conclusion, she has tried putting forth the exceptions to the relevant facts getting admissible in a court of law.

One which provides proof, or one which furnishes reasons to believe the trueness of the facts, in general terms, is known as an Evidence. To be more technical, Section-3, of the Evidence Act, 1872, bifurcates evidence to device oral and documentary evidence[1]. While oral evidence refers to the statements made by the witnesses referring to the facts in issue permitted or required by courts; the documentary evidence consists of all documents submitted to the court for inspection. Opposed to the glittery emotional speeches in a legal house of a movie, the real-life legal proceedings work on evidence for reaching conclusions. Evidence facilitates the course of justice by guiding them[2]. But before any evidence is relied upon by the courts, the evidence is tested on three grounds:

What is a Relevant Fact?

Before anything it is prima facie important to know what is a relevant fact and how does it get admitted in the court of law? Theory of Relevancy is the first and foremost hurdle that is applied to any evidence and any and every evidence needs to be cleared for getting admitted in the court of law. Relevant facts, also known as factum probans, are the facts which will be used to prove the genuineness of the facts in issue, i.e. factum probandum. In the case of ‘DPP v. Kilbourne’[3], the English Supreme Court defined relevant evidence as the one that makes the fact in issue more or less “probable”. Chapter 2 of the Indian Evidence Act, 1872 comprising sections 5-16 lays down what construes a relevant fact and what does not. While the chapter gives relevance to evidence disclosing motive, purpose, cause, occasion, etc. for its admissibility, it also rules out those which are irrelevant to the facts in issue. An irrelevant evidence will never get admissibility. Same ambiguity persists for an evidence which has relevance to the fact in issue in the case but does not get admitted.automatically. If the evidence is not admitted, it is not considered for the case in the process. However, after the evidence is admitted, the courts discuss and decide upon its weight for the purpose of delivering a case. In the case of ‘Davies v. DPP’[4], it was held that the admissible evidence which is relevant is capable of corroborating as well. Despite these general rules, there are exceptions where even irrelevant facts are admitted as evidence. ‘Relevant to prove guilty’ and ‘capable of corroborating’ are two unequal phrases. Section 11 of the Indian Evidence Act, 1872 talks about the cases in which the otherwise seemingly irrelevant facts are admitted as relevant facts. There are two conditions for such an exception to be made; firstly, if the fact is inconsistent and secondly, despite this inconsistency, they make the issues in fact highly probable or improbable[5].

In many Indian as well as English cases, this has always been a voracious task to make a clear distinction between relevancy and admissibility. The rules of admissibility, in fact, are related to the relevancy of evidence. The terms may sound synonymous to a great extent. However, all relevant facts are not admissible. Also, there are distinctions between the legal implication of both the terms[6]. The relevancy of any fact does not ipso facto make it admissible. In fact, the question of admissibility is the one decided by the court of law. In the case of ‘Sris Chandra Nandy v. Rakhalananda’[7] Lord Atkin laid down that “ …it is not open for any judge to exercise a dispensing power, and admit evidence not admissible by the statute because to him it appears that the irregular evidence would throw light upon the issue..”. Section 136[8] of the Indian Evidence Act, 1872 gives statutory discretion to a judge to admit any evidence if he deems it fit on the proofs of relevance given by the party proposing such facts to be relevant evidence. In another case ruled by the Gujarat High court ‘State of Gujarat v. Ashulal Nanji Bishnoi’[9] it was held that admissibility and relevancy of facts relied on the court of law to decide. However, it does not erase the provision to record these facts despite their rejection from getting admitted on the basis of relevance. In other words, there is no specified provision that the facts laid down as irrelevant and inadmissible by the judge cannot be placed on record. But, on the other hand, mere admissibility does not prove the relevancy of a fact. After the admissibility, it is the weight of each fact that determines its probative value which in the case is decided circumstantially by the court of law in each case. Despite the general rules, there are certain specific distinctions between the otherwise synonymously used terms. Also known as Logical relevance, relevant facts are the ones tested on the basis of logic, knowledge, experience or common sense. On the other hand, also known as legally relevant, admissibility depends on relevant facts of high probative value and how it affects the facts in issue for rendering justice. Thus, we can say the thin line between the two is that of logic and law. While relevancy is about logic, admissibility is about the law. Also, while it is the lawyers who decide the relevancy of any fact to the factum probandum, it is the court of law which decides upon the final admissibility of any fact, be it relevant or irrelevant. Lastly, we can conclude that every admissible fact is relevant to a fact in issue; however, such is not the case with all relevant facts since not all relevant facts are admissible in the court of law.

Which facts are admissible?

It now becomes important to us to know about the facts which are exceptions to the theory of relevancy. The facts which are relevant yet inadmissible and the facts which are irrelevant yet admissible. As mentioned earlier, the relevancy has an effect on its admissibility in the court of law. However, it is not necessary that all relevant facts are admitted. For example, private spousal communication during their marriage, or the privileged communication like that between a lawyer and his/her client, or a confession made to a police officer being in custody, etc. despite being relevant to any fact in issue cannot be admitted in the court of law. Also, on the same hand, the questions asked in cross-examination of a witness’ credibility may not be relevant to the fact in issue, but despite it being admitted. In the case of ‘R.M. Malkani v. State of Maharashtra’[10] the apex court held that the very core of the criminal jurisprudence is to regard any accused innocent until proven guilty. Therefore, even if any fact is relevant to the fact in issue, if because of the rules of admissibility there is an unfair disadvantage to the accused, the court of law may reject its admission. A dying declaration made about the cause of death is treated as a relevant fact for admissibility despite the person making it is dead[11]. Similarly, on the other hand, section 6 of the Indian Evidence Act, 1872[12] restricts the admissibility of hearsay evidence. However, the exception is the Res Gestae principle. These are the statements despite being hearsay are admissible because of the immediacy with which they are made by a number of witnesses in concurrence to the events of a case. The rule for admissibility under the aforementioned section differs case to case only to give the judge the discretion to decide the relevance and reliability. And then there are conditions where otherwise irrelevant facts are admitted by virtue of section 11 of the concerning act. Thus, relevancy is one of the many factors leading to admissibility against any fact in issue, though it is somewhat more important to other factors.

[11] INDIAN EVIDENCE ACT, 1872  Section  32 – Cases in which statement of relevant fact by person who is dead or cannot be found, etc., is relevant.