“The Writ of Mandamus: An Analysis” 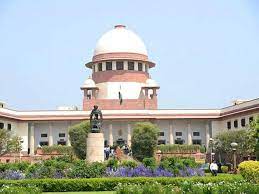 A formal written order issued by the judicial authority is known as writ. Mandamus means “We Command” Mandamus is among the prerogative writs in English law. It is an order from a superior court to an inferior government official to properly fulfill their official duties.  The court can order either to do something or not to do something. High court or apex court has original jurisdiction to the issue writs. And it can also be issued for keeping the public authorities within their jurisdiction while performing their public functions. A mandamus writ is unique because it can be an issue before a case has concluded.

How Mandamus Writ regulates before the Constitution of India

By the letters of patent, The Mandamus came to India creating the apex court in Calcutta in 1773. The writ of the  Mandamus can issue under the Specific Relief  Act, 1877. But under the Specific Relief Act, 1963. this provision is omitted from the Act because such provision becomes redundant. The Constitution of India had a similar Provision in it. Constitution has given powers to the apex court and all high courts to issue the writ to enforce fundamental rights.

Who Can File Writ Petition of Mandamus

The person who files the Mandamus writ petition must fill it in good faith and have the legal right to do so. He must have demanded the performance of the duty from the respected public authority, And if that public authority refused to do so. Then the only petitioner can file a Mandamus writ petition under articles 32 and 226 of The Constitution.

Against Whom It Can Issue

It can issue against a public corporation, public officials, inferior courts, tribunals, or the government.

Against Whom Mandamus Writ Petition Cannot Be Issued

Under Article 361, a mandamus ought not to issue against the president or governor of a state. This writ cannot grant against the private body, except in the case where the state in connivance with the particular party defies a provision of the Constitution or a statute or acting chief justices.

Against What Circumstances It Cannot Issue

A writ of mandamus is a unique remedy and used in exceptional circumstances only. The main motive of mandamus writ is to provide a remedy for injustices. It is the tool in the hands of people against Administrative and Executive bodies, who are misusing their power.

This article is written by Megha Patel, a 2nd-year law student at The Mody University of Science and Technology, Laxmangarh, Rajasthan.

Legal Analysis of Right to Privacy
Extent and Application of Parliamentary Sovereignty in India
The Journey of Freedom of Press in India over the Years
2021-07-08
Previous Post: Secularism in India and the Indian Constitution
Next Post: Relevance of Torts in Present Scenario