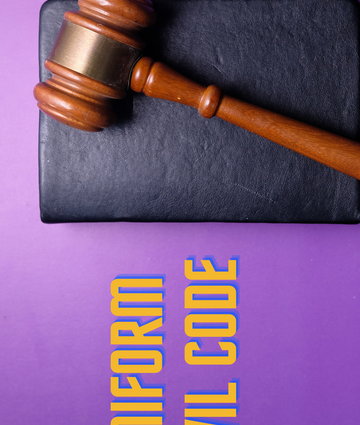 The Uniform Civil Code: An Overview

India is a diverse country, where citizens practice different religions. The Uniform Civil Code in such a country is a debatable topic. Article 44 of the Indian Constitution empowers the state to formulate a single law that will govern all religious communities regarding inheritance, divorce, marriage, and adoption.

The background of the Uniform Civil Code dates back to colonial India when the British government in 1835 submitted a report stressing the need for uniformity in the codification of Indian laws. This report recommended keeping the Muslim and Hindu personal laws outside such codification. British rule compelled the government to set up the B. N. Rau Committee to codify Hindu law in 1941. The Hindu Succession Act was adopted in 1956 to amend and codify the laws regarding intestate or unwilled succession among Hindus, Buddhists, Sikhs and Jains. However, for Christians, Parsis and Muslim separate law were made.

The State of Goa has adopted the Portuguese Civil Code after Independence. It led to the implementation of the Uniform Civil Code in Goa for its residents. Under this, the married couple holds joint proprietorship in all advantages claimed and obtained by every mate. Parents can’t exclude their children. At any rate, half of the property must be given to them by the parents. Polygamy prohibited for Muslims who have enlisted their marriage in Goa. There, every individual is obliged to the same laws relating to marriage, succession, and divorce. The communities are not under their personal laws.

The commission emphasizes initiatives to appease the nation’s diversity with a universal argument on human right. Law Commission recommended the codification of all the personal law to test against the anvil of the fundamental rights in the constitution; to remove religious prejudices and stereotypes. Furthermore, it can help reach certain universal principles and facilitate prioritizing equality rather than an imposition of the Uniform Civil Code.

In this case, Mohd. Ahmed Khan v. Shah Bano Begum, Chief Justice Y.V Chandrachud held that a Common Civil Code could remove discrimination among the people of a different religion. It would also help in the loyalty towards law.

In the case, Sarla Mudgal, President, Kalyani v. Union of India, a woman filed a petition against her husband who married a second woman without divorce. Also, he converted his religion from Hindu to Islam.

The court held that the second marriage is void concerning Section 494 of IPC without resolving the first marriage. For better justice raised the need for the Uniform Civil Code.

This recent case challenged the constitutionality of triple talaq in Muslim personal law. In this case, the husband divorced his wife by saying talaq three times.

The five-judge bench of the Supreme Court held that the practice of triple talaq is unconstitutional as well as un-Islamic. To stop such personal law practices raised the question of the Uniform Civil Code.

The idea behind the enactment of the Uniform Civil Code is broad and should be understood well. The Uniform Civil Code is a secular code for personal laws that a country like India needs. It deals with the personal laws and the changing scenario of the society. Change is required in our social structures, full of disparities, separations and different things which struggle with our Fundamental Rights. With developing times, the need has appeared for having a uniform civil code for all citizens, independent of religion, guaranteeing that their vital and constitutional rights are secured. Presenting the Uniform Civil Code can also reinforce Secularism and National Integration.

This article is written by Gracy Singh, a student of 2nd year, pursuing BA.LLB (Hons.) from Mody University of Science and Technology, Lakshmangarh, Rajasthan.