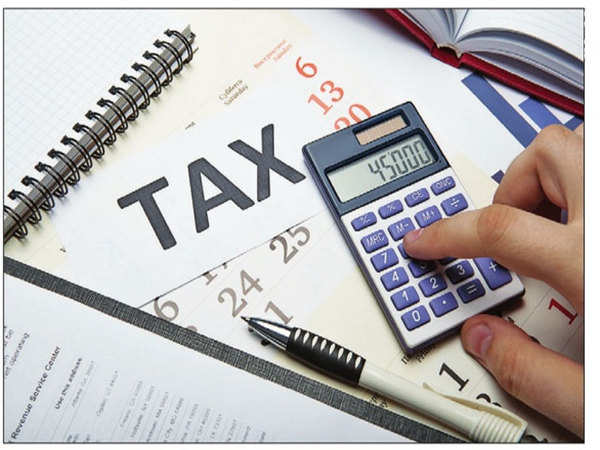 The Taxation Laws (Amendment) Bill 2021 was presented after India lost retrospective tax demand proceedings against Cairn Energy Plc. and Vodafone. The Taxation Laws (Amendment) Bill, 2021, was introduced in the Lok Sabha on August 5, 2021, by Nirmala Sitharaman, the Minister of Finance. Both the Income Tax Act of 1961 and the Finance Act of 2012 are amended by this bill.  The IT Act was revised in 2012 to impose a retrospective tax liability on income derived from the sale of shares of a foreign company. Effective 2021, this retrospective basis for taxation will be eliminated through the Taxation Amendment Bill. As part of the bill, any demand for “indirect transfer of Indian assets” made before May 28, 2012, are to be withdrawn or provide an undertaking to withdraw pending litigation, as well as an undertaking that no claim for cost, damages, interest or other compensation is to be made with the enactment of the bill. The proposed Taxation Laws (Amendment) Bill 2021 would also allow companies exposed to retrospective tax demands to be refunded the amount paid without interest thereon.

What is retrospective taxation?

An enactment of retrospective taxation is government-enacted legislation that taxes specific products, items, or services, as well as deals, and collects money from businesses even before the legislation is enacted. Governments frequently amend tax laws retrospectively to clarify existing legislation, which can hurt businesses that misinterpreted the rules. Businesses that have taken advantage of loopholes in past laws have been taxed retrospectively in many countries, including the United States, the United Kingdom, the Netherlands, Canada, Belgium, Australia, and Italy.

Vodafone paid $11 billion for a 67 percent share in Hutchison Whampoa in May 2007. This comprised Hutchison’s mobile telecommunications business as well as other Indian businesses. A demand was made by the Indian government initially of Rs 7,990 crore in capital gains and withholding tax from Vodafone in September of that year, claiming it should have deducted the TDS (Tax at Source) before making the payment to Hutchison. The demand notice was contested at the Bombay High Court, but the judges favored the Income Tax Department. Later, Vodafone Group challenged the judgment of the High Court in the Supreme Court, which ruled in 2012 that Vodafone’s interpretation of the Income Tax Act of 1961 was correct, thus preventing the company from paying taxes. Therefore, the question of taxation of gains arising from the transfer of shares of foreign companies, also known as “indirect transfers of Indian assets”, was the subject of protracted litigation. In 2012, the Supreme Court further stated and observed that the gains deriving from the indirect transfer of Indian assets are not taxed under the Income Tax Act’s current provisions.

A retrospective amendment to Section 9 was enacted by the Finance Act of 2012. Explanations 4 and 5 were added to Section 9 (1) (i) of the Finance Act, with retrospective effect from the date of January 1, 1962. Gains deriving from the transfer or sale of shares or interest in a foreign firm are taxable in India if such shares, directly or indirectly, derive their value substantially from assets positioned in India, as per the amendment.

The Supreme Court pointed out in Vodafone’s case that the word “through” in section 9 does not indicate “as a result of.” Explanation 4 was added to address these concerns by clarifying that the term “through” in section 9 (1) (i) should mean and include “utilizing,” “in consequence of,” or “because of,” and shall be regarded to have always meant the above contentions.

A capital asset or asset situated in India is considered to have been disposed of in India, while income arising from such a transfer is deemed to be accrued or derived in India following explanation 5 to section 9 (1) (i) if;

When assets situated in India are transferred indirectly before 28 May 2012, the retrospective effect of Explanation 5 to Section 9 (1) (i) is excluded. As a result, income derived from or originating from such an indirect transfer of assets or capital assets which are Indian is not taxable in India with effect to the Amendment. In the Sixth Proviso, if any amount becomes refundable to such a person, the person will be refunded, but no interest will be paid under section 244A.

Only those assessees’ who meet the following criteria will be granted relief in scenarios of completed assessments:

Section 119 of the Finance Act of 2012 inserted a validation clause to validate all demands raised/notices sent in association with the indirect transfer of assets, stating that any decision of any Court, Tribunal, or other body, including the Supreme Court’s decision in Vodafone’s case, holding such indirect transfer to be outside the purview of section 9 (1) (i), will be disregarded.

By the introduction of the proviso to Section 119 of the Finance Act of 2012, the Act proposes a consequential adjustment to the aforesaid provision. It states that if a person meets specific circumstances, such as withdrawing or submitting an undertaking for the withdrawal of existing litigation and making a promise that no assert for costs, damages, or interest will be made, this section will no longer apply to them.

The government announced the repayment of about Rs 8,100 crore in levies collected while enforcing the 2012 amendment. In all circumstances where the demand for the tax was made for transactions conducted before May 28, 2012, the demand will be “nulled on fulfillment of specified requirements.” The 2012 amendment drew substantial criticism, particularly from international sectors, because it violated the principle of tax certainty by having a retrospective effect. With the application of the Amendment Act of 2021, to eliminate retrospective taxation the repercussions would be a huge boost to the investment ecosystem and to ensure the element of certainty in taxation.

The present article is edited by Shubham Yadav, the 4th year Law student of Banasthali Vidyapith.