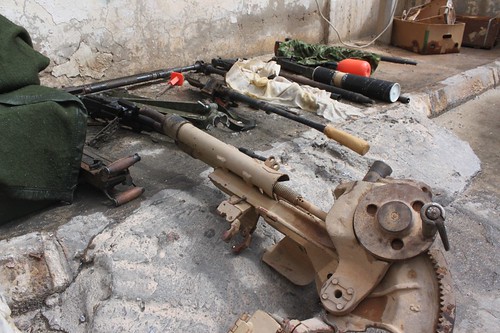 This article is written by Kalyani Gupta, a Master’s in Law student from Amity University, Noida. This article discusses the regime of specific weapons under the International humanitarian law

International humanitarian law can be defined as a set of rules and regulations which seek out, for humanitarian purposes, to curb the impacts of armed conflict. It safeguards people who are not or are no longer contributing to the hostilities and constrains the means and approaches of warfare. International humanitarian law is also widely known as the “law of war or the law of armed conflict”. This law is a part of international law, that is the body of rules or regulations administering relations between States. International law is included in agreements between different States, treaties, or conventions, and in customary rules, which comprise of State practise deemed by them as legally binding, and in general principles.

International humanitarian law applies to armed conflicts. It does not control that if a State may essentially use force, this is governed by an essential, but different, part of international law which is set out in the United Nations Charter. International humanitarian law encompasses basic principles and regulations directing the selection of weapons and prohibits the employment of specific weapons. The International Committee for Red Cross performs a prominent role in the promotion and advancement of law regulating the use of specific weapons.

From the start, International Humanitarian Law (IHL) has attempted to limit the distress and suffering caused by armed conflict. To accomplish this, International Humanitarian Law focuses on both the behaviour of combatants and the selection of methods of warfare, including weapons. Initial treaties barred the use of exploding projectiles which weighed less than ‘400 grams’ (in 1868) and certain bullets that flatten upon entering inside the human body (in 1899).

Some of the weapons are approved, except for certain uses thereof, while others are rigorously prohibited ‘(incendiary, biological, and chemical weapons)’. The overall rule that forbids attacks against citizens is appropriate to the use of all weapons.

The law of armed conflict seems to be torn between two contradictory instincts– the need to wage war efficiently and the yearning to protect people and property against the consequences of such warfare. The law of armed conflict attempts to resolve these impulses, in a very profoundly pragmatic manner. International humanitarian law induces States and Non-State parties alike to try their utmost to protect and preserve the life, limb and property of non-combatants and others “hors de combat” which means ‘out of action due to injury’, while at the identical time giving parties to a battle leave to commit acts of ferocity among restricted boundaries. However, once those restrictions are contravened, once the culprits of war crimes are not brought to account for his or her indiscretions, there is a genuine desire to dismiss International humanitarian law as deficient in any real prescriptive force. This can be a noticeable response; though, it fails to comprehend the intricacies of International humanitarian law.

Tort - Recent Developments and Faults
Law of Torts and Environment
Conversion of Public Companies into Private Companies
2021-05-13
Previous Post: Meaning, Nature and Concept of Jurisprudence
Next Post: 3rd NLS-Trilegal International Arbitration Conference [May 16]: Register by May 15, 2021