The Overtime Work under Labor Laws 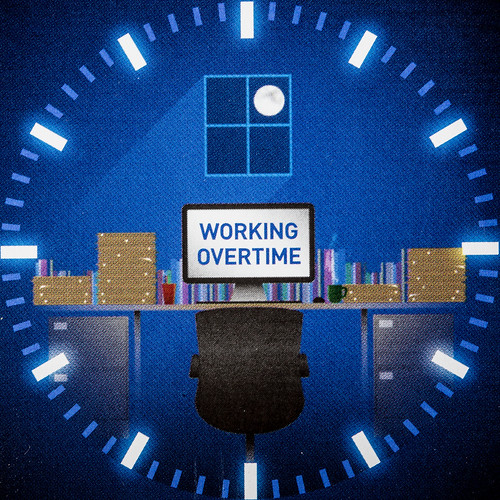 This article is written by Kalyani Gupta, a Master’s in Law student from Amity University, Noida. This article discusses the overtime work policies and laws in accordance with the Labour Law.

Overtime implies as the time spent working more than the normal or regular working hours which, in India, is supposed to be 8 – 9 hours per day and 48 – 50 hours per week, which depends upon the organization a person is employed with. If an individual works for longer than the normal hours of working, that person will be eligible to obtain and receive remuneration for the excess working hours, which will be twice the normal wage of that individual.

Several statutes in India regulate overtime and overtime payment laws. Also, various legal acts do provide for individually distinct periods of hours of working. Though, the working hours which are mentioned and prescribed under the Factories Act, is carried as a standard period of working hours. Section 51 of the Factories Act, 1948 states that employees are not intended to work for more than 48 hours in a one week, and according to section 59, employees are not intended to work for not more than 9 hours in a day. The time worked by an individual which is in excess of these 48 hours per week and 9 hours in a day will be considered as overtime work under the Act and will involve the employer to pay the workers twice the normal wage.

Overtime Laws for Women and Children

The Factories Act, 1948 has restricted the working hours for women between 7:00 pm to 6:00 am, which can be eased by the Chief Inspector of those factories in some instances. If this kind of easing of specified hours of working surpasses the standard period of working hours, the employees will be entitled to receive compensation for that overtime work. Also, this respite is still very time sensitive, which means that women cannot be compelled to work between the time period of 10:00 pm to 05:00 am.

Section 75 of the same Act states that no child who is below 14 years of age can be hired or employed in any factory. A child who is above 14 years of age is eligible for employment in a factory, but cannot be permitted to work for more than 4 and half hours per day and cannot work between the time period of 10:00 pm and 6:00 am. Furthermore, a female child is not permitted to work in any of the factory, with the exception of between 8:00 am and 7:00 pm.

According to the Factories Act, 1948, A young individual is described as “child” or “adolescent” “(a person who has reached the age of 15 but has not reached the age of 18)”. This implies that a child whose working hours are limited to 4 and a half hours per day. It also specifies that the spread over should not surpass 5 hours. Though, the condition of the Act asserts that female child workers are forbidden from working between the time period of 7.00 p.m. to 8.00 am. According to the ‘Minimum Wages Act, 1948’, the number of hours of working for adolescents is determined by the medical expert as authorized by the government, which decides and chooses to contemplate adolescents as either adults or children. Nonetheless, the child should not be permitted to work for more than 4 and a half hours per day.

The Factories Act, 1948 states that the weekly holiday which falls on the first day of the week, which is either a Sunday or maybe any other specific day, as may be authorized in writing by the Chief Inspector of the Factories, is needed for a specific area.

Section 52 mentions for the replacement of any weekly holiday so as to meet the conditions of this section, employees may be permitted to work on the day of that weekly holiday. The proviso also states that compensatory holiday is permitted instead of a revealed weekly holiday.

The provisions of the Factories Act, 1948, a rest period of approximately half an hour should be provided in such a manner that no working time surpasses 5 and half hours. In accordance with the Minimum Wages Act, the working day of any adult worker will be assessed in such a manner that it shall not go beyond a time limit of 12 hours per day, inclusive of the interval of rest.

Recently in 2021 itself, The Ministry of Labour is planning to execute the new Labour Law in the following financial year. The process is ongoing to complete it. After this new law is executed, a series of better rules will begin in the country’s labour market. Alongside this, the government has also been trying to clear out the doubts that have surfaced due to the new labour laws.

According to a report the government may alter the existing time threshold of overtime under the new Labour Law and working for more than 15 minutes past the scheduled hours will be deemed as overtime. Companies will have to pay the employees for overtime hours of work.