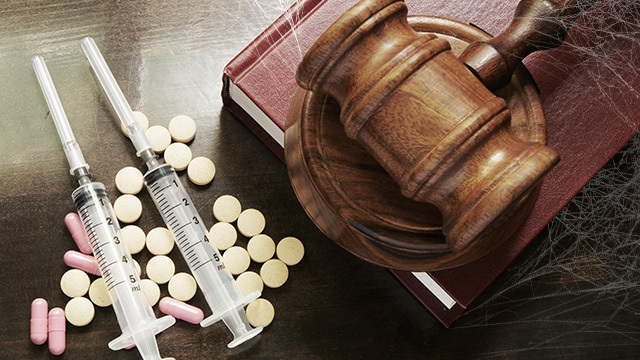 The article is written by Khan Mahe, a student of Rizvi Law College. Picture credits to Rappler

What is a Narcotic Circumstance?

The term narcotic initially known as any scientifically compound with sleep-prompts properties, with semi-synthetic substitutes and also euphoric properties .In Layman language ,a narcotic substances is an addictive drug that decreases pain, produces sleep and change personality or behavior of the person who consumes it , which leads in changes of person’s mental or physical health. On the other hand it can have impact on the way persons brain projects ,and  also ability to understand your senses.

The effects of such  drugs varies from person to person depending on the persons trait and how it has being taken and the  depends upon environment a person is in when using the drug ,however  it often leads to people becoming more depressed, angry, aggressive, sleepy, unmotivated, paranoid, anxious or loquative. Its use can also have impact on social and emotional problems and negative effects on relationships with family and friends.

It’s consumption often leads to the rise in the crime rates of the country, In this modern  time, drug abuse and addiction are among the largest and most strenuous problem facing society today, An estimated 208 million people internationally consume illegal drugs and Drug use which is  responsible for 11.8 million deaths each year, however  Consumption of which has been declared illegal by many countries however Drug prohibition law is being adopted by many countries in the world .

The constant use of drugs in many forms were prevalent in India long before any other country of the  modern world. Earlier, society was self-adjusting and did not need precise law  for effective narcotic drugs. However it’s  consumption was fetch out openly, which was later got  legitimized by cultural groups ,not restricted by traditional demand. With  International intervention and various internal pressure by treaties indigenous controls have been displaced by a single model, developed primarily for the  West.

In the Indian context, the imposition of this model has  resulted in the replacement of culturally sanctioned use by secular use and of traditional suppliers by criminal networks.  Furthermore, adherence to the United Nations Drug Control  Conventions ensures that most nation states adopt a similar  prohibition-oriented approach when formulating their  national drug control legislation. Thus  The Narcotic Drugs and Psychotropic Substances Bill, 1985 was introduced in the Lok Sabha on 23 August 1985.Later on, It came into force as The Narcotic Drugs And Psychotropic Substances Act, 1985 (NDPS ACT) , As on The Narcotics Control Bureau (NCB) was established and become  the chief law enforcement and intelligence agency of India responsible for fighting drug trafficking and the abuse of illegal substances in India. The rules and law made by NCB would be applicable to all states and union territories.

Analysis of the Act

As per the Bare act “The Narcotic Drugs and Psychotropic Substances Act, 1985 is an Act of the Parliament of India which prohibits the person for manufacturing ,cultivation ,possession, production, sale, purchasing, transport, storage, and or consumption of any narcotic drug or psychotropic substance.

The Act  was passed  to bring India’s narcotics control law as per  with international standards and to reach  the goals of international treaties,moreover the  main agenda of the act is to have a control on manufacture, possession, sale and transport of such narcotic and psychotropic substances The act  however bans around  200 psychotropic substances resultant upon these drugs are not available over the counter for any walk in individual over a prescription.

Under the or provision of NDPS Act,  Various specialized courts was established to deal with offenses relating to any narcotics,further the act empowers the government to set up as many Special Courts as it deems fit for the expeditious resolution of disdisputThe Special Court consists of a single judge who is appointed with the concurrence of the Chief Justice of the High Court and who must be a sitting Sessions Judge or Additional Sessions Judge at the time of his appointment.

The  level of punishment of Person concerned with consumption and smuggling  of drugs depends not only on nature but also in quantity with a sentence extending as long as 20 years and a fine as much as Rs.2 lakh. Violation of which  may result into punishment including rigorous imprisonment or fine or both If the drugs are used for personal use then the punishment may be lesser. Although since the establishment of the law, it has been amended time and again. But due to the availability of   drugs and issues relating to local  drugs and modern drugs, the problem in dealing with new drugs having properties of substance of abuse is a not an easy task .

As per the NDPS  Maximum of 1  year rigorous imprisonment or a fine up to Rs 10,000 or Both for small quantities of drug (1g to 100g) for the drug fieser /dealer and Rigorous imprisonment from  10 years (min) to 20  years (max) and a fine from Rs 1 lakh to  2 lakhs would be awarded if the quantity exceeds up-to kilos According to Sections 19, 24 or 27A of the NDPS Act and those relating to commercial quantities of drug would not get bail under any circumstances .

Various amendments have been made since of its enforcement  ,in 2014 new  amendment came into  force or Under section 71 of NDPS act  which explains the management  of drug dependents cases and the rules for treatment facilities was incorporated. And also , the amendments increased  penalties for low-level offences and continued to criminalize the consumption of drugs.

The amendment has ensure a uniform regulation for the whole country, by eliminating state wise Altercation. The very important Narcotics Drugs which are used in scientific preparations includes Morphine, Fentanyl  and Methadone, have relaxed for easy   availability among  younger generations. The death sentence for repeated conviction for trafficking large quantities of drugs has been diluted with giving courts to give Sentence for 30 years. On the other hand, punishment has been increased for “small quantity” offences from a maximum of 6 months to 1 year imprisonment after this amendment.

I believe that organization working towards narcotics approach and laws around the world have proven to be largely incompetent  in controlling the production of illegal narcotics.