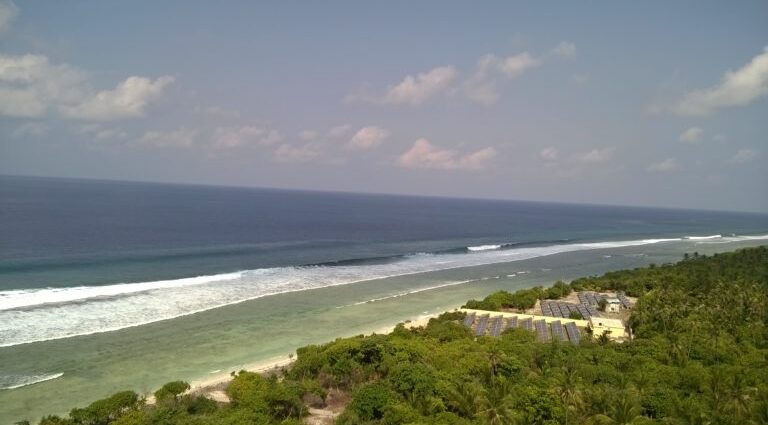 The Lakshadweep Development Plan and its Effects on the Environment

What is Happening in Lakshadweep:-

The citizens of Lakshadweep are protesting against the administrative reforms brought by Mr. Praful Patel. Mr. Praful Patel introduced “The Anti-social activities regulation bill, 2021” or “The Goonda Act” and “The Lakshadweep Animal Prevention regulation” and “The Lakshawdeep development authority regulation”. These bills and regulations were introduced in the mid-covid scenario. The people are protesting against the decision to allow liquor sale on the island, the ban on beef, and the plan to disenfranchise islanders on certain counts. Mr. Praful’s tenure saw the descend from being a Covid-free region for nearly a year into starting with 6,800 cases until May 24. This all happened due to the provisions made by the administrator to remove the mandatory quarantine time period.

Lakshadweep MP says that the Draft LDA regulations are neither ecologically sustainable nor socially viable. The Development Projects are for-profit motive and concretization of the Island will hurt its pristine ecology. The people’s representatives were not consulted before drafting it. And at the high time of this Covid-19 first wave in the region, there is no such reason to bring it in regulations at the moment. In a biodiversity survey of 2017, one of the Parali islands has been eroded to an extent of 100%. And the other part of the island is also having a high erosion rate. And construction of new things or Concrete Jungle or a high rate of tourism will affect the land to a great extent. The people say that at this time the island needs to be preserved not to be developed.

According to this regulation, the administrator can remove or relocate the people of islanders from their properties without their will. The authority can take any area from the islanders except cantonment areas.

This regulation directly violates their right to possess and retrain their property. It violates Article 21 which says that no person shall be deprived of his life or personal property. Development can be of any type such as building, mining, quarrying, engineering, railways, airports,  national highways etc.

Article 240 of the Constitution

LDAR enacted through this article of the Constitution. Under this article, the president has the power to make regulations for the peace, progress, and the benefit of the people of the union territory.

Elamaram Kareem CPI(M)’s Rajya Sabha MP from Kerala says Patel only wants to acquire the land of the islander and give it to the big corporators he also wrote a letter to President Ram Nath Kovind requesting him urgently call back Patel.

The Police are Demolishing Fishing Harbours

The police under Patel are demolishing the fishing Harbour labeling it as an unauthorized settlement the main occupation of the islander is pisciculture. Poor people are being harassed by this type of all-new rule. Most of the places in India is hit by the cyclone Tauktae, Lakshadweep also hit by this cyclone and it caused great damage to the fishermen as their boats and instruments were damaged by the cyclone and they were unable to place their boat in the shed as the sheds were demolished by the police.

The gear of the fisherman was set on fire they have done this crucial thing at Midnight when the people were sleeping and they were also forced to remain inside their homes as curfew is imposed in the union territory. This caused damages to the fisherman, many of them lost their boats and sheds as well. Fishermen lost their livelihood, and authority is not providing any type of help to the poor people.

Introduction of a Liquor Shop on the Island

On many islands of Lakshadweep consuming liquor is allowed, this new rule allows many foreigners to enter the island and consume liquid. This rule again hurts the religious feeling of the people.

Under this regulation, the person who has more than two children was disqualified from the election of the gram panchayat. Article 243F says that only a person who is qualified to the state legislature shall be qualified to be chosen as a member of a panchayat only the difference is of age criteria. This is nothing else more than misleading propaganda.  Again this regulation violates the right of the citizens. By this regulation Article 14 of the Constitution is violated.

The protests have erupted on Lakshadweep Island because of many reasons, it is the first time in the history of Lakshadweep that these types of things are happening, the crime rate of Lakshadweep is already very low. Hence, there is no need to pass such types of furor and draconian laws, people were living in peace and harmony with each other but after the new administration, Patel brought many changes in the entire system which hurts the religious, cultural feelings of the people residing of Lakshadweep. People were demanding Prime Minister Narendra Modi and President Ramnath Kovind urgently call back Patel. The Kerala High Court however has declined to stay the implementation of LDAR and all the other three regulations are still with the Home Ministry for scrutinizing purposes, it will be interesting to see how things will go once these regulations will be passed and get the assent of the President.