The Journey of Freedom of Press in India over the Years 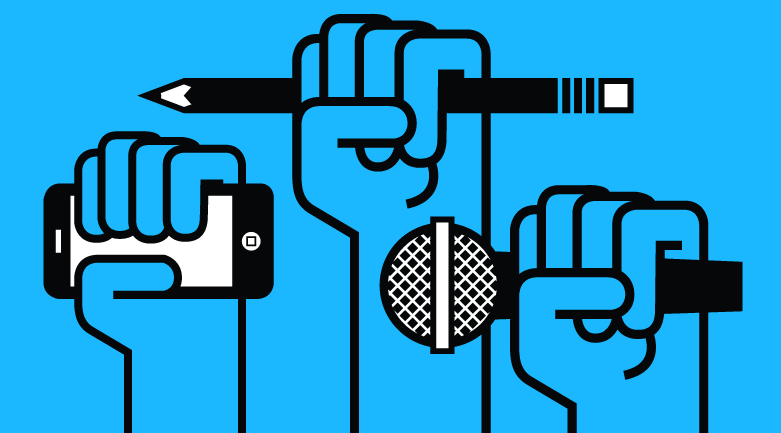 This article is written by Ishika Gupta pursuing BBA L.LB from Gitarattan International Business School. This article aims to highlight the fate of freedom of Press in India and the restrictions imposed on it.

“Our liberty depends on the freedom of the Press, and that cannot be limited without being lost.” ~ Thomas Jefferson

Freedom of Press or media means the right to express and communicate thoughts through the means of various media including electronic and print media. This right excludes the interference from any overreaching state.

Lord Mansfield described liberty of Press as the liberty to print and publish whatever one wants to and there is no requirement of prior permission.  Not only newspapers and periodicals but also pamphlets, circulars and every sort of publication which involves information and opinion are included in freedom of Press as said in “Sakal Papers Ltd. vs. Union of India”.

It is the duty of the government to distinguish between materials whether it is to be publicised or protected from disclosure to the public.  The materials which are to be protected may be sensitive, classified or secret or may be of national importance or the same should not be made public due to national security reasons.

When men cannot freely convey their thoughts to one another, no freedom is secured, where freedom of expression exists the beginning of a free society and means for every retention of liberty are already present.  As Dr. Ambedkar in his speech said that the Press has no special rights which are not to be given or which are not to be exercised by the citizen in his individual capacity.  The Editor of a Press or Manager is merely exercising the right of expression and therefore no special mention is necessary of the freedom of the Press.

Indian Press has a long history right from the time of British rule in the country.  The British Government enacted a number of legislations like the Indian Press Act, 1910, Indian Press Emergency Act in 1931-32 to control the Press.  However, after the enactment of the Constitution of India, there was a change in the situation.  The Preamble of the Indian Constitution guaranteed the freedom of expression to all its citizen and the freedom of Press has been included as a part of freedom of speech and expression under Article 19.

In Indian Express Newspaper vs. Union of India, the Court observed that the expression “freedom of Press” has impliedly covered under Article 19(1)(A) of the Constitution of India.  It means freedom from the interference of any authority which would have an effect upon content and circulation of the newspaper.  Nobody could intervene in the freedom of Press in the name of public interest.

a)  Freedom of access to all sources of information.

b)  Freedom of publication and

In “Prabha Dutt vs. Union of India”, the Supreme Court allowed the representatives of a few newspapers to interview Billa and Ranga, the death sentence convicts, as they wanted to be interviewed.

However, in India, Press has not been able to practice its freedom to express the view completely as there are various instances when the freedom of Press has been suppressed by the legislature.  In case of “Brij Bhushan vs. State of Delhi” and “Virender vs. State of Punjab” prohibition of newspapers from publishing its own views or view of correspondents about a topic has been held to be a serious encroachment on the freedom of speech and expression.

In “Sakal Papers Ltd. vs. Union of India”, the Daily Newspapers Order, 1960, which fixed the number of pages and size of newspapers was held to be violative of freedom of Press and not a reasonable restriction under Article 19(2).

The Indian Constitution does not mention the word “Press” expressly under the right to freedom of speech and expression.  Hence, it is included under general fundamental rights given under Article 19 and therefore, is subject to restrictions under Article 19(2).

Clause (2) of Article 19 of Indian Constitution, enables the legislature to impose certain restrictions on free speech under following heads:

1)  Sovereignty and integrity of India: This ground was added to Clause (2) of Article 19 by the 16th Amendment.  Under this Clause freedom of speech and expression can be restricted so as not to permit to anyone to challenge the integrity and sovereignty of India or to preach cession of any part of India from the Union.

Sedition: Sedition embraces all those practices whether by word, or writing which is calculated to disturb the tranquillity of the state and lead ignorant persons to subvert the Govt. Sedition is not mentioned anywhere under Article 19 (2) as a ground of restriction on freedom of speech and expression.  But it has been held in “Devi Saren vs. State” that sections 124A and 153A of Indian Penal Code impose reasonable restrictions in the interest of public order and is saved by Article 19 (2).

3) Friendly relations with Foreign States:  By the first amendment, this provision was added with the objective to prohibit unrestrained malicious propaganda against a foreign-friendly State which may jeopardise the maintenance of good relations between India and that State.

4) Public Order:  The Supreme Court said that public order denotes that state of tranquillity which prevails among the members of political society as a result of internal regulations enforced by the government.  The public order also includes public safety and public safety means the safety of the community from external and internal dangers.  In “Central Prison vs. Ram Manohar Lohia”, the Court rejected the arguments that the instigation of a single individual not to pay tax would itself destroy public order.

5)  Decency or morality: A publication is indecent or immoral, if it tends to produce negative thoughts and corrupt minds of those who are opened to such immoral influences and into whose hands, a publication of this sort is likely to fall.  Section 292 to 294 of the Indian Penal Code provide instances of restrictions on the freedom of speech and expression on the ground of decency or morality.

7) Defamation:  A statement which injures a person’s reputation amounts to defamation.  Section 499 of Indian Penal Code lays down the punishment related to defamation.  In Auto Shankar Case i.e. “R. Rajagopal vs. State of Tamil Nadu”, the Supreme Court held that no authority can impose a prior restriction upon the publication of defamatory material against its officials.

8) Incitement to an offence:  This ground was added by the first amendment.  Offence shall mean any act or omission made punishable by law and freedom of speech and expression cannot confer a licence to incite people to commit offence.

Despite all this suppression, difficulties, restrictions the press has managed to achieve a lot of success and fame. It has been a long journey but the press has proved itself useful every time.

As in the case of Jessica Lal i.e. “Manu Sharma v State of Delhi”, Jessica was killed by Manu Sharma the son of Haryana minister Venod Sharma as she refused to serve him liquor in the restaurant. The case could not get success at that time due to lack of evidence but it got reopened due to media and public outcry. Organisations like Tehlka and NDTV have been particularly influential and made Venod Sharma resign.

Similarly, in Priyadarshini Mattoo’s Case, the victim was a law student and got raped and murdered by Santosh Kumar her colleague as she refused his proposal. Santosh Kumar was the son of an IPS officer and the case finally got judgement after a long trial due to the significant role played by the media.

Freedom of press is essential for the proper functioning of the democratic process. Democracy means Government of the people, by the people and for the people; it is obvious that every citizen must be entitled to participate in the democratic process and in order to enable him to intelligently exercise his right of making a choice, free and general discussion of public matters is absolutely essential. This explains the constitutional viewpoint of the freedom of press in India. It has been sixty years since India became Republic & commencement of the Constitution there is been a lot of ups & downs in our democracy & the press also has come across age.

Thus, we can conclude that the time has come for the press of the largest democracy of the world to work with hand-in-hand with the judiciary for the welfare of its subjects. The day is not far away when there will be no eclipse of injustice & the sun of justice will shine brightly forever.