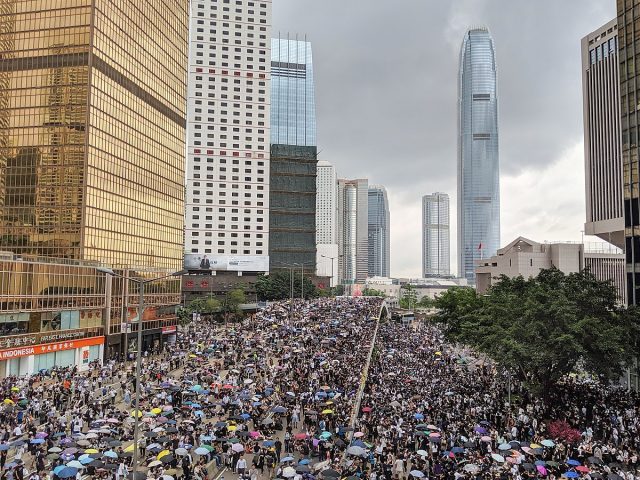 This article is written by APURVA, a student of Fairfield Institute of Management and Technology, GGSIPU. This article gives an overview of “The Fugitive Economic Offenders’ Act, 2018”.

Development of any Country basically depends on the growth of the industries which involves huge investments from financial sectors and banks. But over Past few years, a rise in the number of banking frauds has been seen and Mr. Vijay Mallaya was the first person to gather all the highlights towards him. Various factors like negligence of the authorities, lack of due persistent efforts while giving out loans, etc., can be the reasons for such frauds. Though, the government recognized that the reason for frauds could be the absence of strict means in the legal system of the country. Hence, an ordinance introducing ‘Fugitive Economic Offenders Bill’ was brought before the President which later was passed in the monsoon session of 2018 by the Lok Sabha. This article deals with the same.

Envisaged by the 2017 Union Budget for the first time, the “Fugitive Economic Offenders’ Act” was originally enacted in the form of ordinance. This Act came into force on 21 April 2018.

The Preamble of this act states that it aims to scare off the fugitive economic offenders from evading the mechanism of law of India by staying away from the jurisdiction of Indian Courts preserving the sanctity of Indian Law.

This act relies heavily on the ‘PMLA’- Prevention of Money Laundering Act, 2002, but both aims to achieve different goals.

Who is a Fugitive Economic Offender

“any individual against whom a warrant for arrest in relation to a scheduled offence has been issued by any court in India, who

Vijay Mallya is an Indian businessman and a former member of Parliament (Rajya Sabha). He became the chairman of United Breweries Holdings Limited (UBHL) and grew its company rapidly. From 1998 to 1999, the turnover of the company grew by 64%. He also Diversified the business of the company by acquiring many other companies like Berger Paints. He was also elected as a member of parliament twice from Karnataka. The company achieved the milestone of selling 10 crores cases in India and became the second-largest spirits company in India.

Vijay Mallya wanted to expand his business. His advisors advised him not to but despite the advice, he did the same and sold another company formed by his father to fund its airline company. Soon Kingfisher became India’s no.1 domestic airline company but due to some restrictions, the Indian Government did not allow kingfishers to fly internationally. To fly international flights, he bought Deccan Air as a loss-making company and merged it with Kingfisher Airlines but could not make the profits thus by 2010 his business was in a heavy loss.

To run his business, he continuously took loans of 9000 crores by 17 different banks. Although SBI has declared them as bankrupt, other banks kept lending him loans because he was a member of Rajya Sabha, and some parties supported him. His company also held service tax of passengers, PF, Income Tax of Employees, but did not submit to the PF or IT authorities. The company also did not pay the salary of its employees as it ran out of cash.

In 2012 the company ultimately had to shut down its operation. Vijay Mallya had a loan of 9000 from different banks which he denied paying. The Company United Breweries compelled Vijay Mallya to resign the post of chairman of united spirits and paid him $75M for a severance payment, but Indian courts blocked this payment.

A case against Vijay Mallya was filed by SBI and other banks but before any action could have been taken against him, he flew away to the United Kingdom. There is also a story of him that he offers the banks to pay 4000 crores for settlement, but banks refused his proposal and demanded at least 4900 crores, the principal amount furthermore interests as well.

Later he was announced to be a fugitive economic offender (FEO) on the request of the Enforcement Directorate by a special court in Mumbai and became the very first businessman to be announced as FEO under the provisions of the Fugitive Economic Offenders Act, 2018.

An Analysis of the Provision

The Fugitive Economic Offenders Act provides a method of deterrence for those offenders who commit frauds in India and hide in a retreat in a foreign country. This act empowers the authorities to impound and sell the properties in question to realise the money. The act has also included the properties which are situated abroad as well those which are a part of the benami transactions. Further in order to avoid any kind of delays due to the pendency of cases, the act prevents the FEO from filing any civil claim or defending any claim before the Courts. To balance such prevention, it has been endowed as a discretionary power on the Courts or Tribunals in India. The act also further refers to the creation of a Special Court under the Prevention of Money Laundering Act, 2002 to provide speedy justice to the financial institutions and banks while making their recovery.

The proceedings commenced under the “Fugitive Economic Offenders’ Act, 2018” will automatically come to an end as soon as the economic offenders will surrender themselves before the jurisdiction of the Indian Courts. Thus, this is an act, to bring back the economic offenders to the country. It is a ray of hope for the banks and financial institutions who are the victims of such offences. Whereas the enactment of the 2018 act provides for the confiscation of property which is situated abroad. However, certain amendments and clarifications may be welcomed for effective implementation rather than just concentrating on recovery from foreign assets.

Rights and Duties of Indemnifier and Discharge
Sakshi v. Union of India
Coercive Interrogation: Is there a Right to Remain Silent
2021-05-12
Previous Post: Let’s Sue and Claim during Pandemic
Next Post: Rising Insurance Frauds in India and its remedies