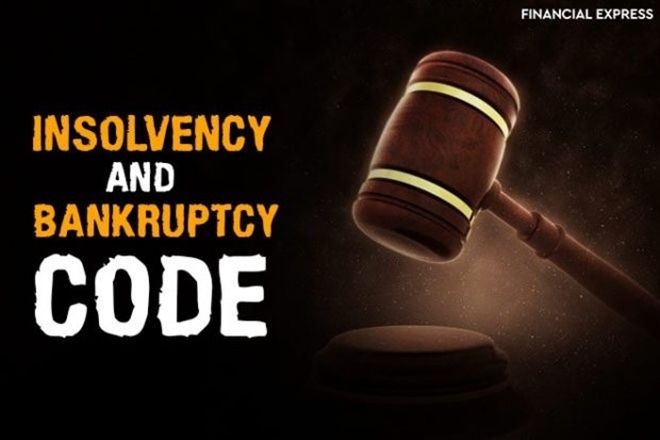 This case analysis has been written by Prithiv Raj Sahu, a student of KIIT School of Law, Bhubaneswar (4th year). Picture Credits to The Financial Express

Swiss Ribbons Pvt Ltd. vs. Union of India deals with the constitutional validity of the various existing provisions in the Insolvency and Bankruptcy Code, 2016 (hereinafter IBC Code). The case has been finally decided by the Supreme Court on 25 January 2019. Since the enactment of the IBC Code, it is continuously changing and amendments were made many times to add key changes to ease the resolution process. The latest Amendment has been made in 2020. This is the fourth Amendment being made to the Insolvency and Bankruptcy Code, 2016. The Supreme Court, in this case, held the IBC Code to be constitutionally valid in its entirety. The Court takes into consideration various economic factors of the country in order to determine its validity in the present case. The present case comprises many cases transferred from various High Courts like Calcutta and Gujarat. The Court relied on the reports of the Bankruptcy Law Reforms Committee (2016), Joint Parliamentary Committee (2016), and Insolvency Law Committee (2018) and the Statement of Objects and Reasons on multiple occasions to decide the present case. The Court also relied on the introductory speech of the Finance Minister while moving the IBC (Amendment) Ordinance, 2017 and recommendations of the Siddiqui Working Group, 1999 on Credit Information Companies and the statistics of the effectiveness of the IBC code since its enactment before giving the final judgment in this case.

The major issues and observations in the case of Insolvency and Bankruptcy Code, 2016

Withdrawal of application filed under Section-7, 9 or 10: Section 12A – It was held that the primary issue against the provision of Section 12A is the fact that ninety per cent of the committee of creditors has to allow withdrawal. This high threshold has been explained in the Insolvency Law Committee Reports as all financial creditors have to put their heads together to allow such withdrawal as, ordinarily, an omnibus settlement involving all creditors ought, ideally, to be entered into. This explains why ninety per cent, which is substantially all the financial creditors, have to grant their approval to an individual withdrawal or settlement. It is also a clear proposition that under Section 60 of the Code, the committee of creditors do not have the last say on the same. If the committee of creditors arbitrarily rejects a just settlement and/or withdrawal claim, the NCLT, and thereafter, the NCLAT can always set aside such decision under Section 60 of the Code. Hence, this provision also passes the constitutional muster. Favour was against the petitioners.

A person not eligible to be resolution applicant – The challenge against Section 29A of the Code, which deals with eligibility of persons to be a resolution applicant, has been dealt with elaborately in this judgment. The bench referred to cases, in which it had held that resolution applicants have no vested right to be considered as such in the resolution process. The contention raised by the petitioners was that the Section 29A(c) treats un-equals as equals and that a good erstwhile manager cannot be lumped with a bad erstwhile manager. According to them, keeping out good erstwhile managers from the resolution process would go contrary to this objective. Rejecting this argument, the bench said that this ineligibility is not restricted to malfeasance. It said even the categories of persons who are ineligible under Section 29A, which includes persons who are malfeasant, or persons who have fallen foul of the law in some way, and persons who are unable to pay their debts in the grace period allowed, are further, by this proviso, interdicted from purchasing assets of the corporate debtor whose debts they have either willfully not paid or have been unable to pay. The legislative purpose which permeates Section 29A continues to permeate the Section when it applies not merely to resolution applicants, but to liquidation also. Consequently, this plea is also rejected.

The Court must defer to legislative judgment in matters relating to social and economic policies and must not interfere, unless the exercise of legislative judgment appears to be palpably arbitrary. The system of checks and balances has to be utilized in a balanced manner with the primary objective of accelerating economic growth rather than suspending its growth by doubting its constitutional efficacy at the threshold itself. The Supreme Court has strongly validated the Code right from its inception. By upholding the constitutionality of the statute, the judgment in Swiss Ribbons has laid the corner-stone for the successful implementation of the Code. It focuses on the intention of the legislature behind promulgation of the Code to resolve and revive a corporate debtor and thereby significantly reinforces the efforts of the creditors and other stakeholders to achieve such end. The impact of the judgment will be measured by the number of settlements and resolutions that will commence pre-insolvency as well as a swift resolution of the corporate debt in insolvency. This masterpiece will facilitate to boost the confidence and morale of investors and bidders overall through the Code, as well as generally improve ease of doing business in India.

Guarantee under Contract Law
Centre drops the hint to scrap down IPC and CrPC: The laws from the British era.
Offer and Invitation to Offer