Suresh vs. State of U.P 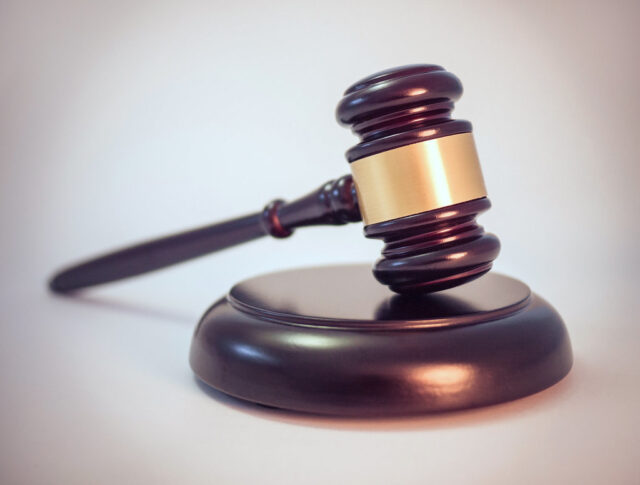 Suresh (A-1) and Ramji (A-2) appealed under criminal number 2 of 1998 before the High Court against the judgment passed by the Sessions Judge Sri U.S Tripathi. Where they were convicted for a death sentence. In the other appeal, Pavitri Devi, wife of Suresh and the sister of Ramji appealed under Criminal number 18 of 1998 against the judgement passed by the sessions court. Where she was convicted for imprisonment with the aid of section 34 IPC.
In this case, the victims Ramesh, his wife, and his children were murdered by the two accused Suresh (A-1) and Ramji (A-2) on 5.10.1996. The two accused severely injured the victims’ bodies in a very cruel manner and broke them into pieces. They harshly attacked the neck, spinal cord, and other parts with dangerous weapons, axes, and choppers. Jitendra PW-3, one of the Ramesh children, does not die that night.
The reason for such an attack on Ramesh’s (deceased) family was a land issue between the accused Suresh (A-1) and the deceased Ramesh. With this issue, Suresh along with his wife Pavitri Devi and his brother-in-law Ramji planned to murder Ramesh’s whole family.
Jitendra (PW-3) son of deceased Ramesh told before the court that while he was sleeping, he woke up with the sense of his father’s blood reaching his mouth. At that time Pavitri Devi(A-3) held his mother’s hair and pulled her up thereafter, she went outside and encouraged her husband to kill everyone.
PW-1 Lalji and PW-2 Amarsingh who were neighbors of both accused and the deceased family gave evidence that when they reached the deceased house Pavitri Devi was standing before the house of the victim and the other two accused were busy with the cruelty acts inside the house. PW’s 1 and 2 did not support the incident which happened inside the house because they didn’t see such an incident.
The trial judge acknowledged the evidence given by the witnesses and served the death penalty to Suresh and Ramji. Also convicted Pavitri Devi for imprisonment with the aid of section 34 IPC. Later, the Division Bench of the High Court considered the trial court’s decision. It acknowledged the evidence of PW-3 and it secured the evidence from the testimony of PWs 1 and 2.

The F.I.R shows that Pavitri Devi was standing on the road when the incident happened. She may have reached the place on hearing any sounds because her house is very close to the scene or she followed her husband and brother out of curiosity, because they were going with axes and choppers at that night time. It is not a necessary conclusion that she too would have accompanied the other accused.

1. Whether this case belongs to the category of the death penalty
2. Whether Pavitri Devi convicted with the aid of section 34 IPC
3. Whether the evidence of PW3 (Jitendra) can be accepted.

The evidence provided by PW-3 alleged that Pavitri Devi held his mother’s hair and pulled her cannot be accepted because no other witness is supporting this and also PW1 and PW2 have not supported the version of PW3.
The conviction of Pavitri Devi under section 34 IPC was challenged before the Court. The learned counsel for the state contended that she was also present at the scene of occurrence and she has the common intention along with the two accused. If she does not have such a common intention, she may try to deter such murders because the two accused are her husband and brother.
The ambiguous situation raised the meaning of section 34 IPC. The Court discussed and also referred to many previous cases to this. However, the prosecution had not succeeded in proving that A-3Pavitri Devi shared the common intention with the two accused.
The Constitution Bench in Bachan Singh vs the State of Punjab restricted the death penalty to the rarest of the rare cases in which the lesser alternative is unquestionably foreclosed. Therefore, the court held that we cannot persuade ourselves to hold that this is not a rarest of the rare cases in which the lesser alternative is unquestionably foreclosed.

The Ratio of the Case

The trial court awarded the death sentence to the accused by considering the witnesses of PWs 1,2 and 3 and also convicted A3 Pavitri Devi with the aid of section 34 IPC. The Division Bench of the High Court accepted the evidence of child PW3 and secured the witness of PWs 1&2 and it did not quash the trial judge’s decision
The High Court also contended that the death penalty shall be awarded to a rarest of the rare cases. The High Court concluded that a person shall not be convicted with the aid of section 34 IPC merely because of his presence at the scene of occurrence without doing any act or carrying a weapon.
Reference cases:-
• Aydroos vs. Emperor
• Barendra Kumar Ghosh vs.King Emperor
• Mahabub shah vs. Emperor
• Pandurang vs. State of Hyderabad
•State of U.P vs Iftikhar Khan, 1973 1 SCC 512.

The Decision of the Court

The High Court held that this case is not a rarest of the rare cases to grant death penalty and it justified that Pavitri Devi (A-3) did not share a common intention with the other two accused persons. By her mere presence near the scene of occurrence in the absence of other evidence, we cannot hold her guilty with the aid of section 34 IPC. The appeal of the state filed against Pavitri Devi has no merit and has thus rightly been dismissed by Brother Thomas, J. The Judges R.P Sethi and B.N Agrawal agreed with the Thomas, J judgement