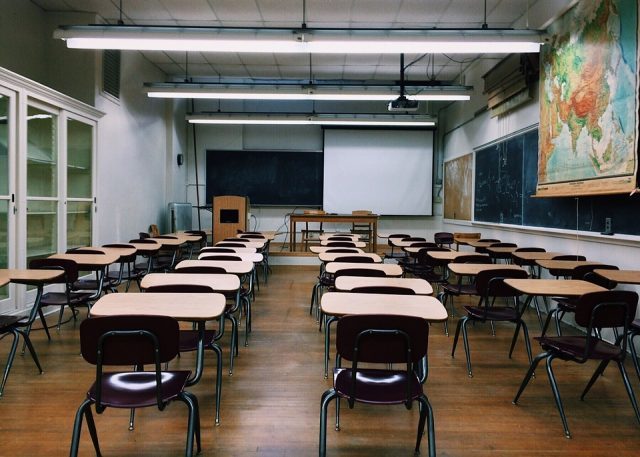 This analysis is written by Ishika Gupta pursuing BBA L.LB from Gitarattan International Business School. This analysis aims to provide all the necessary details about the case in brief.

This case is basically about acquisition of a years old land by the state in order of public welfare. The state is of the view that such destructive land could not be use as a public place and should be under the control of government. However, the respondent did not wanted to giveaway the land even in return of compensation.

This is an appeal preferred by the State of Andhra Pradesh against Division Bench judgment dated 22.07.1999 passed by High Court of Andhra Pradesh in W.P. No. 652 of 1999.  On the basis of facts and circumstances, High Court came to the conclusion that acquisition of school building with its appurtenant land by State in action was liable to be quashed being “malicious in law”.   The school building was in possession of the State as tenant of the respondent herein from year 1954.  In 1977, respondent filed petition before Rent Controller for eviction of State for school building on the ground that it had been dilapidated and required reconstruction.  The petition was dismissed by the Rent Controller.  However, the appeal before the Additional Judge was allowed.  Further, High Court allowed the petition for early eviction.  Thereafter, in breach of the undertaking given by the State for evicting the building, State issued notification u/s 4(1) & 6 of the Land Acquisition Act granting compensation of Rs. 2,60,908.68 to respondent.  This is an appeal preferred by the State against eviction order by the High Court.

1)  Whether the school building was in dilapidated and dangerous

2)  Whether continuance of the school in the same building and location would serve public purpose and fulfil educational needs of children in old city?

3)   Whether the order of High Court of Andhra Pradesh was malicious in law?

4)  Whether exercise of statutory power by the State were colourable or mala fide?

5) Whether the new norms whatsoever fixed for setting up of a school building may not be applicable to existing building?

Supreme Court after considering all the facts and circumstances and arguments of both the parties, admitted that the school building was 100 years old and it is in dilapidated and dangerous condition.  In the considered opinion of the Supreme Court, public interest in such building was being served from 1954 onwards at the same location.  Supreme Court relied upon cases, “State of Bihar v. Maharajadhiraj Sir Kameshwar Singh of Darbhanga & Ors.” (1952 SCR 889), “State of U.P. & Anr. V. Keshav Prasad Singh” (1995 (5) SCC 587) and “First Land Acquisition Collector & Ors. V. Nirodhi Prakash Gangoli & Anr.” (2002 (4) SCC 160).    It further held that shifting of the school building to alternate site cannot be an alternative to avoid possible collapse of building.  On this ground alone, it cannot be held that the public purpose for acquiring the building cannot be accepted. Supreme Court set aside the order of the High Court and allowed the present appeal.

In this case, the Supreme Court kept in mind the material fact that

2) the school building was in the centre of the city.

3) It was in dilapidated and dangerous condition.

4) the building can anytime collapse and can cause a serious disaster taking many lives.

5) That the shifting of the school building to alternate site cannot be an alternative to avoid eviction.

6) Hence the Supreme Court keeping in mind all the material facts and equivalent judgment on the subject, allowed the appeal in favour of the State and granted acquisition of the school building by the State.

The court allowed the appeal and made the decision in favour of the state and left the parties to bear the cost of this appeal on their own.