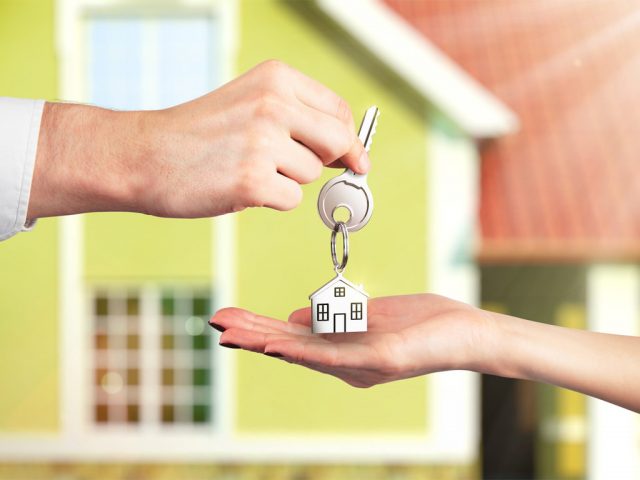 This article is written by Kalyani Gupta, a Master’s in Law student from Amity University, Noida. This commentary discusses in brief about the case Seth Ganga Dhar Vs. Shankar Lal and Ors.

The term “mortgage” performs a crucial role in identifying the property law. Mortgage describes the transfer of interest conferred in an immovable property for advancing a loan or for a little which would give rise to monetary interest in future. The person who transmits the activity is identified as mortgagor and the individual to whom the interest is transported is known as mortgagee. The extent for which the estate is mortgaged is identified as the principal money or amount. In the Transfer of Property Act,1882, various kinds of mortgages have been well-defined along with affixed circumstances.

As quickly as the property is mortgaged, some of the rights of the mortgagor are necessarily reserved. One such vital right is the Right to redemption. Each Time an individual mortgages his property as a protection, he has the right to take it back when he pays back the amount along with interest. The property cannot be kept forever with the mortgagee because it will remove the mortgagor of his right to Redemption. Section 60 talks about the right and describes the things which are to be sent to mortgagor on payment of cash. The mortgagor in any court case cannot be denied of his right. Any such situation that impedes the mortgagor from converting his property back up from the mortgagee is known as “Clog on Redemption”. Such circumstances are deemed as void ab initio. There are some exemptions in which this clog is not unenforceable but, in most of the cases it is.

This appeal has appeared out of a suit for “the redemption of a mortgage” which is dated August 1, 1899. The mortgage was formed by Purshottamdas who has passed away now and was in favour of Dhanurpmal, a respondent in the said appeal. The mortgage instrument asserted that the land had been usufructuary pledged in lieu of Rs. 6,300 of which Rs. 5,750 were left with the mortgagee to restore a previous mortgage on the similar and a new property with a profitable mortgage refinancing assistance. It also offered that on recovery of the preceding mortgage, the ownership of the shop shall be taken and reserved by the mortgagee, Dhanurpmal, who would fix the rent in accordance with interest on the cash advanced by him and the ownership of the other property enclosed by the previous mortgage, having a share in a Kacheri, would be given over to the mortgagor, Purshottamdas. The mortgagee, Dhanrupmal, suitably redeemed the previous mortgage and, took the possession of the shop while the possession of the Kacheri was transferred to the mortgagor.

On April 12, 1939, Dhanurpmal transferred his rights under the mortgage to Motilal who also died later and whose property is now being represented by his sons; they are the respondents in this appeal. The property of Purshottamdas, who is the original mortgagor, is now also represented by his son, the appellant. Requesting a short-term loan without a job or payday monetary advance is the simplest thing to do and so is being eligible for it. There are only two easy limitations on it, such as, that you must have never evaded a prior payday loan and that you must have adequate income.

The learned Sub-Judge, intending to adhere to a decision of the Judicial Commissioner, Ajmere, to whom he was subservient, held that the requirement delaying redemption for eighty-five years was unenforceable as it amounted to a clog up on the equity of redemption. Therefore, he passed an initial decree for redemption. On filing the appeal, the learned Judicial Commissioner, Ajmere, held, the decision that had been intended to follow was evident. He analysed many cases on the subject matter and came to the assumption that the provision that was in question did not sum up to a “clog on the equity of redemption”. He, thus, permitted the appeal and rejected the appellant’s suit. From this judgment the appeal to this Court begins. The conditions in the mortgage instrument on which the current debate turns were in these terms: “I or my heirs will not be entitled to redeem the property for a period of 85 years. After the expiry of 85 years, we shall redeem it within a period of six months. In case we do not redeem within a period of six months, then after the expiry of the stipulated period, I, my heirs, and legal representatives shall have no claim over the mortgaged property”

Whether a term period in a mortgage instrument, so far as it precludes the right to redeem from accumulating for a time, a clog on the equity of redemption?

The issue in the current case, the court perceives that the rule in contradiction of clogs on the equity of redemption exemplified in Section 60 of the Act authorises the Court not only to dismiss a mortgagor of a bargain whereby in some conditions his right to redeem the mortgage is absolutely taken away, but also where that particular right is constrained. The scope of this latter power is, still, inadequate by the cause that gave rise to it, explicitly, the unacceptable nature of the bargain, which, to a court of equity, must afford as adequate grounds for dismissing the mortgagor of his burden.

Subsequently, in a suit, for recovery where the mortgage deed, by two separate and self-governing terms providing that:

(1) the mortgage will not be exchanged for eighty-five years

Thereafter, failing which the mortgagor must cease to take any entitlement on the mortgaged estate and the mortgage deed shall be considered to be a deed of sale in support of the mortgagee, and it was undoubtedly apparent from the facts and situations of the stated case that the bargain was rather fair and one as amongst the parties dealing with each other on an equivalent footing, it was apprehended that that the term delivering for a period of eighty five years was not a “clog on the equity of redemption”, and the simple span of the period could not by the situation lead to an implication that the bargain was in any way repressive or unreasonable. The term was enforceable by law and the suit for redemption that was filed before the expiration of the time period was hasty.

The Court also observed that the term period on the failure of the mortgagor to recover within the stated time period of six months, he would mislay his right to do so and the mortgage deed was to be considered to be a deed of sale in favour of the mortgagee, was evidently a clog on the equity of redemption and as such illegal but its unjustifiability could not in any way disturb the legality of the other term as to the time of the mortgage, that mounted visibly apart.

The mere length of the period could not by itself lead to an inference that the bargain was in any way oppressive or unreasonable. Depending on the facts and circumstances of a case, the Court has not only the right to relieve a mortgagor of a bargain but also where the right to redeem is restricted.