Sedition in a Democracy: Comparative study between US and India 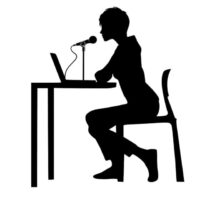 This article has been written by Nimisha Mishra, a second-year student of NALSAR University of Law. In this article, the author has explained the sedition law and has drawn the parallel comparison between the US and India.

Sedition refers to an act of inciting and invoking violence against the state. Sedition is a serious offence or felony since it involves revolt against the state, which can create a serious law and order situation. The purpose of sedition is that it incited violence against a lawful authority to overthrow or destroy it. Sedition law is punishable to 20 years of imprisonment and fine.

Sedition as a law emerged from Elizabethan England, at that time if anyone criticised the king and insight a rebellion it was considered as a crime against the state. When Britishers were ruling India, they had a constant fear of rebellion, especially the Wahhabi rebellion. So as a protective mechanism they introduced sedition law which was applicable to freedom fighters especially. Great leaders like Mahatma Gandhi and Bal Gangadhar Tilak were tried under this law. Originally the sedition law was drafted in 1837 by Thomas Macaulay but it was not included in Indian Penal Code in 1860. Section 124A was later inserted in 1870 through an amendment.

In recent times, the rise in sedition cases can be seen around the world whether it is US or India. Professions like intellectuals, students, human rights activists, journalists, filmmakers and universities are the common victims of sedition charges.

Sedition law in India is defined under section 124A of the Indian Penal Code. It states that “Whoever, by words, either spoken or written, or by signs, or by visible representation, or otherwise, brings or attempts to bring into hatred or contempt, or excites or attempts to excite disaffection towards, the Government established by law in India, shall be punished with imprisonment for life, to which fine may be added, or with imprisonment which may extend to three years, to which fine may be added, or with fine.”

Sedition is an offence since the colonial period; it has existed in the Indian Penal Code. It was so because the Britishers could not tolerate any dissent opinion raised by the people.

But even after independence, the sedition law was severely criticized on the point that it strictly curbed the freedom of speech and expression and hence free speech. There were proposals made by the then Prime Minister Jawaharlal Nehru to handle the sedition related content through other means. Mahatma Gandhi section 124 is “the price among the political sections of the IPC designed to suppress the liberty of the citizens”

Sedition in India is a non-bailable offence. There are other restrictions imposed on a person charged with sedition like he cannot apply for any government job after that. The major restriction was that they have to live the rest of their life without a passport and have to appear in the court of law as and when required.

Sedition also has the same effect on people as the chilling effect. It deters people from raising any dissent opinion against the ruling government. It has become a tool for the government to terrorise its citizens which is a very serious loophole of democracy.

The Supreme Court of India interpreted Section 124 and stated the difference as to when sedition is committed and when it is not committed. The court said that sedition is a crime against the state and not the government. So if citizens are criticizing any particular party or a politician, it will not be considered as sedition. For the crime of sedition to be committed a person must insight violence against the state or the Constitution of India which is detrimental to the peace of society. Recently it has been seen that sedition is used to terrorise citizens from raising their voices. And it is necessary for the government to realise the difference of when the sedition is committed and when is not before prosecuting or convicting an individual.

Sedition law in the US

Sedition cases are usually rare in the US because of the First Amendment. Sedition in the US has been illegal since time immemorial.

During the late 1820s and early 1830s, the rise of slavery was at peak. There were huge protest and movements to abolish slavery, which forced the state to enact sedition law. Even the US Supreme Court was reluctant to help till late 1927. In a popular case of Whitney v. California the court ruled that it is unjustified to deny the freedom of speech and expression only because of the fear of dissent.

Earlier great leaders of the US such as Wilson regarded sedition as a very essential for the governance of the country. They considered it crucial in order to suppress the dissent for the smooth functioning of the governance. However, the modern legal scholars are of the contrary view as they consider the Sedition Act as against the spirit of the First Amendment of the US Constitution.

There should be substantial evidence that sedition could be committed before convicting anyone since there are very serious repercussions of it.