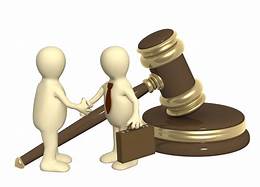 Saligram Ruplal Khanna & Anr vs Kanwar Rajnath on 1 May 1974

On the other hand, the respondent claimed that the parties had reached no oral agreement and that the claim for a rendition of accounts was precluded by limitation.

The trial court found that the appellants had failed to establish that the parties had reached an oral agreement and that the claim for a rendition of accounts was time-barred.

The High Court confirmed the trial court’s findings on appeal.

Thus, the appeal was dismissed.

(i)Is the Tribunal correct in overturning the CITY’s decision under s. 263 based on the certitudes and incidents of the case?

(ii) Whether the Tribunal was correct in ruling that there was nothing improper with the assessee valuing the closing stock at cost rather than market price based on the certitudes and incidents of the case?

(iii) Whether the Tribunal was legally correct in holding that the assessee-capital firm’s assets were not transferred to the partners, notwithstanding the fact that the assessee-firm was dissolved on December 18, 1987, based on the case’s certitudes and incidents?

Sathappa Chetty & Ors. v. S. N. Subrahmanyan Chetty & Ors. The aforementioned case did not involve a firm formed for a specific period of time. No issue of a firm dissolving on the expiration of the defined term of partnership occurred.

The supreme court held observed the proposition could not be disputed. The partnership exists only to complete ongoing transactions, wind up the business, and adjust partners’ interests after dissolution. Unless a contract specifies otherwise, a firm formed for a specific period will be dissolved at the end of that period.

Therefore, the appeal was dismissed, although without cost, due to the circumstances.

The case analysis has been done by Shruti Bose, a student at Christ (Deemed to be University), Lavasa.

The case analysis has been edited by Shubham Yadav, a student at Banasthali Vidyapith, Jaipur.