Role of an Auditor under the Companies Act, 2013 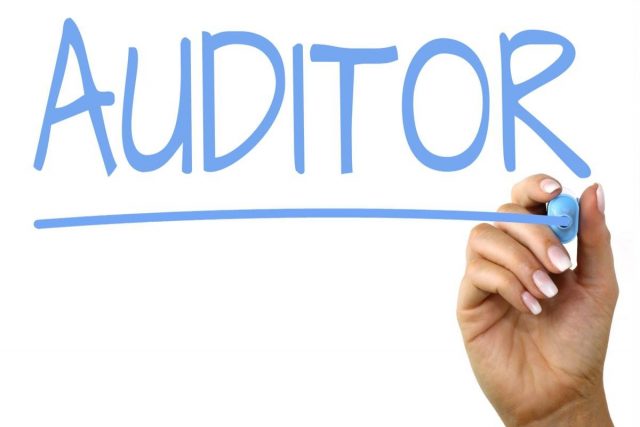 This article is written by Nazar Nawaz Abbasi pursuing LLB from Faculty of Law, University of Delhi.

Numerous laws are there which are having the provisions for the appointment of auditors. The law under which we appoint auditors lays down the procedure of their appointment and also the rights, duties and the functions of the auditor. Sections 138 to 148 of the Companies Act, 2013 concerned with accounts, audit and auditors. These provisions will have far-reaching impacts on the audit profession. Here we discuss the appointment and their role as an auditor under Companies act, 2013.

Who the Auditor is?

An Auditor is an independent person who is qualified to perform audit. In accounting, an auditor is the person who is responsible for evaluating the validity and reliability of a company or organization’s financial statements.

Appointment of Auditor under Companies Act, 2013

As per section 139, it is a prime requirement for every company that it shall at the first Annual General Meeting appoint an auditor who is either an individual or a firm. It is important to note that the term Appointment includes reappointment.

The manner and procedure of selection of auditors by the members of the company will be such as prescribed. It is compulsory that before such appointment of the auditor is made, the written consent from him to such appointment, and also a certificate from him stating that the appointment, if made, shall be on par with the conditions/norms as may be prescribed, shall be obtained.

Section 139(2) states that- “No listed company or a company belonging to such class or classes of companies as may be prescribed, shall appoint or re-appoint—

(a) An individual as an auditor for more than one term of five consecutive years; and

(i) An individual auditor who has completed his term under section 139(2) (a) shall not be eligible for re-appointment as auditor in the same company for five years from the completion of his term;

(ii) An audit firm which has completed its term under section 139(2) (b), shall not be eligible for re-appointment as auditor in the same company for five years from the completion of such term.”

In a Government company, within a period of 180 days from the commencement of the financial year, the auditor shall be appointed who shall hold office until the conclusion of the annual general meeting.

Section 139(5) states that-“Notwithstanding anything contained in sub-section (1), in the case of a Government company or any other company owned or controlled, directly or indirectly, by the Central Government, or by any State Government , or partly by the Central Government and partly by one or more State Government, the Comptroller and Auditor-General of India shall, in respect of a financial year, appoint an auditor who is qualified to be appointed as an auditor of companies under Companies Act, 1963, within a period of one hundred and eighty days from the starting of the financial year, who shall hold office till the conclusion of the annual general meeting.”

A person shall be eligible for appointment as an auditor only if he is a Chartered Accountant.

Following are the disqualifications of an appointment to auditor of a company as per mentioned in Section 141(3) of Companies Act, 2013.

(a) An officer or employee of the company cannot be appointed as an auditor.

(c) A person who is a partner, or who is in the employment, of an officer or employee of the company cannot be appointed.

(d) A person who or his relative or partner-

(ii) is obliged to the company, or its subsidiary, or its holding or associate company or a subsidiary of such holding company, in excess of such amount as may be prescribed.

(iii) has given a guarantee or provided any security in connection with the beholden of any third person to the company, or its subsidiary, or its holding or associate company or a subordinate of such holding company, for such amount as may be prescribed.

(g) a person who is in employment elsewhere or a person or a partner of a firm holding appointment as its auditor, if such persons or partner is at the date of such appointment or reappointment holds appointment as auditor of more than twenty companies;

(h) a person who has been convicted by a court for an offence involving fraud and a period of ten years has not been completed from the date of such conviction;

(i) any person whose subordinate or associate company or any other form of entity, is engaged as on the date of appointment in consulting and specialized services as provided in section 144.

Powers of an Auditor

Auditors of a company shall have the right to access books of accounts and vouchers of the company. The Auditor is entitled to require from officers of the company such information and explanation as he may consider necessary for performance of his duties.

There is an incorporating list of matters for which the auditor shall seek information and explanation. This list helps auditors to take care of serious issues. The list includes:

(a)   Proper security for Loan and advances,

(b)  Transaction by book entries

(c)   Sale of assets in securities in loss

(d)  Loan and advances made shown as deposits,

The auditor of the holding company also has the same right.

It is a major requirement under section 146, that the company must send all notices and communication to the auditor, relating to any general meeting, and an auditor shall attend the meeting either through himself or through his agent, who shall also be an auditor. Such an auditor must be given a fair and sensible opportunity to speak at the meeting on any part of the business which concerns him as the auditor.

As per section 101 of the Companies Act,2013, notice of general meeting must be given before 21 days either in writing or through electronic mode to the auditor in such a form as may be prescribed. Every notice of a meeting specifies the place, date, day and the hour of the meeting and shall contain a statement of the business to be transacted at such meeting.

The payment of the auditor of a company shall be fixed in its general meeting or in such manner as may be determined therein. It must include the cost incurred, if any, incurred by the auditor in connection with the audit of the company and any facility extended to him but does not include any payment paid to him for any other service rendered by him at the request of the company.

Protection of Prisoners and the Judiciary
Conditions & Effect of Adoption
Mollwo, March & Co. VS. The Court Of Wards