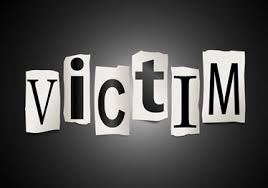 Rights of Victim under Criminal Justice System in India

This article is written by Aayukta Sharma, a law student at NIMS University Rajasthan, Jaipur. This article gives an overview of the background and history of victims with today’s circumstances to evaluate the relationship between the victims and the criminal justice system in India. It also includes the rights given to the victims in the Indian criminal justice system.

The Ancient period was the golden age for victims of crime. The relationship between crime victims and criminal justice was very unique as the victims could ask for justice as per their wish. The system of retributive justice was present at that time which would mean an “eye for an eye” treatment provided to the victims. However, it had some kinds of elements of restorative justice because the perpetrator undoes the harm done to the victim. [i]

During the Middle Ages, we can see the influence of the Anglo-Saxon period. During this time the crime was treated as a matter of private revenge. The entry of social leader (e.g., king) was noticed and it was no more the victim alone was given all sorts of rights during this time. But there was also a third party who would be deciding that what sort of punishment or compensation should be provided to the victim. The ultimate decision was taken by the state or the king/leader. The system fines were introduced during this period which went to the state which was paid by the accused with the amount of compensation that went to the victim.

Background of Rights of Victims Under the Criminal Justice System

The General Assembly of the United Nations adopted the declaration of basic principles of Justice for Victims of Crime and Abuse of Power at its 96th plenary on November 29, 1985. The Declaration constituted an important recognition to set the norms and minimum standards in international law for the protection of victims of crime and also for the rights of victims of crime – access to justice and fair treatment, restitution, compensation, and assistance.[ii] It also observes relevant judicial dicta that have sought to address the needs of victims of crime. The victim of the crime is the person who initiates the criminal justice system by informing the police about the crime, crime scene, accused, and suspects and the officer in charge is duty-bound to register the complaint[iii]free of cost[iv] and also provide a copy of the FIR free of cost. If the officer in charge refuses to register the written complaint, the victim can write to the Superintendent of Police.[v] In case he also refuses or is not entertaining the matter, the victim can file a complaint to the magistrate.[vi] The victim thereafter only participates in the investigation when he is called to confirm the accused’s identity.[vii]

The criminal justice system is responsible for looking after the needs of the victims of rape and other violent crime against women has always been predictable and inadequate.  The place of the victims who are women or children. In imposing the punishments[viii] and shifting burden of proof [ix] the law has failed to address the need of the victim to be treated with dignity, protection from intimidation, to readily access the justice procedure to legal aid and rehabilitation.

Criminology is a broader term where victimology is a part of criminology. Victimology consists of victims, crime victims, victim rights, victim precipitation, etc.[x] The term victimology academically consists of two words – “Victim” and “ology”. It means the psychological study of the victims of crime and the main objective is to restore their mental, physical, psychological, emotional, and financial status as it was before the occurrence of the accident with them. Whereas criminology focuses on the punishment of the criminals and prevents the crime before happening.

There is a great misunderstanding between both the words, “Victimology” and “Victimization”. Victimization is the outcome of deliberately taken actions by a person or institution to exploit or harm another. Victimology is the study of Victimization[xi]. The harm includes emotional, psychological, physical damage, economic loss, or sexual injury.[xii]

Victims have very few legal rights as compared to criminals or accused of crimes in the criminal justice system. Victims do not have any right to be notified about the trials, court proceedings, or arrest of the defendant but they have the right to be informed, heard, and present within the criminal justice system. The victim assistance program is virtually non-existent. The core rights of the victim are-

Other rights given to the victims by the constitution are-

The Necessity for considering victim’s rights

Significance of no contract order

The Necessity for in-camera proceedings

Over the last two decades, the victims have taken a much more prominent place in the criminal justice system. From the golden age of victims in the ancient era to the current era, Victims struggle a lot to gain their rights within the system. The victims also get defamed and end up in subjugation and are unable to cope with the circumstances or crimes they’ve witnessed even after the punishment to the criminal and compensation to the victim.

[ii] Clause 4 and 5 of the UN Declaration

[vii] S. 9 of Evidence Act 1872 – the evidence gathered by some means of test identification parade is relevant and admissible.

[ix] S. 114 A, Evidence Act 1872 -presumption as to the absence of consent where the women raped says that she did not give her consent.

[xiii] National Human Rights Commission vs State of Gujarat & Ors on 1 May, 2009