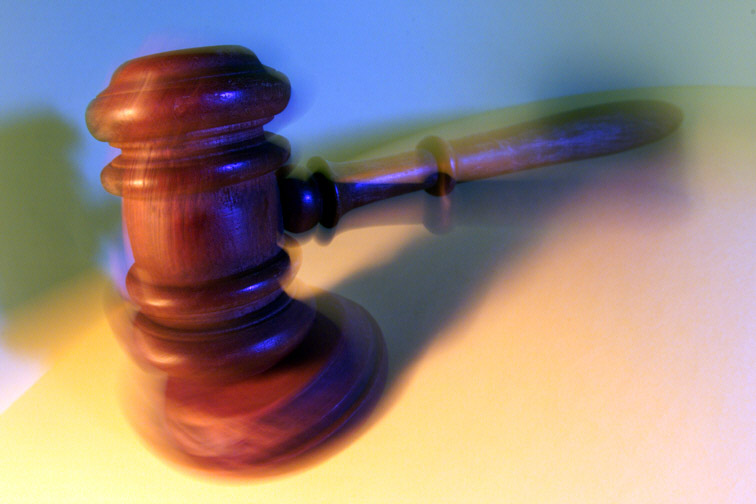 This article is written by K.Lasya Charitha pursuing BA LLB in Damodaram Sanjivayya National Law University, Visakhapatnam. In this article, the researcher discusses theories and the  classification of rights and duties in Jurisprudence.

Rights and Duties are interrelated, because where there are rights, there are duties, and people are given rights to protect them and fulfill their duties to the state. Duties and  rights go hand in hand. It is not wrong to say that both twins grew up from one root. Both concepts of rights and duties have been thoroughly discussed under the  Jurisprudence. Many internationally renowned lawyers and scholars try to define their  ideas and criticize the ideas of others.

The Rights in the general sense mean different things, but it is usually understood as the standard of actions allowed in a given area. As a legal term, it refers to the standard of conduct permitted by law. Such permitted action of the people is called their legal right. The Legal right should be distinguished from the moral right or natural right. Legal rights are the interests recognized and protected by law. Violation  of this interest is a violation of the law and respect for that is a legal duty. Moral law  or natural law refers to the interests recognized and protected by natural justice.  Violating this interest would be moral evil and respect, for that is, a sense of moral duty.

As per Austin, right is personnel which lives in a determinate party or parties by  temperance of a given law and which profits against a party or parties (or answers to  an obligation lying on a party or parties) other than the party or parties in whom it  lives. As indicated by him, an individual can be said to have a privilege just when  another or others are bound or obliged by law to accomplish something or hold back  concerning him. It implies that a right has consistently a relating duty. This definition,  as it shows up on its very face, is defective on the grounds that in this definition there  is no place for blemished rights.

Holland in one way or another follows the definition given by Austin. As per him,  “capacity residing in one man of controlling, with the assent and assistance of the  state the actions of others.”

Salmond characterizes directly from an alternate point. He says, “A right is an interest  recognized and protected by a rule of right’. It is an interest in respect for which is a duty,  and disregard of which is wrong.”

According to Gray: A legitimate right is “that power which the man has, to make an individual or people to do to or limit from doing a specific demonstration or acts so  particularly far as the power emerges from society forcing a lawful duty upon the  individual or people.” He expresses that the “right isn’t simply the interest, it is the  way to appreciate the interest got.”

In the case of the State of Rajasthan versus Union of India, the Supreme Court  expressed that “Legal rights in the exact sense are correlatives of legitimate duties and  lawful rights are characterized as the interests which the law ensures by forcing duties  on different people. In any case, the lawful right in the exacting sense implies right is  the insusceptibility from the legal power of another. Immunity is no subjection by any  means.”

Rights Guaranteed under the Constitution of India

The Constitution of India has ensured certain rights to the residents of India which are  known as Fundamental Rights which are viewed as the main rights. On the off chance  that these rights get disregarded, the individual has the option to move to the Supreme  Court of India or the High Court of any state for enforcement of these rights.

The fundamental rights guaranteed by the Constitution of India are: ✓ Article 14: Right to Equality

✓ Article 23 and 24: Right against Exploitation

✓ Article 25: Right to Freedom of Religion

Salmond’s opinion: He Supports the theory, but he states that compliance with the  theory is an important condition. He Criticized the theory of interests on the ground

Gray‘s point of view: He said that the theory is partly correct because the lawful right  itself is not an interest, it is only to protect the personal interests. He also pointed out  that legal rights impose legal obligations on individuals through “state” laws, thereby giving them the right to take certain actions/temperance.

This theory is supported by Kant, Hagel, Hume. According to this theory, “rights are  the inalienable attributes of human will.” The purpose of the law is to achieve freedom of speech. The Subject Matter comes from human will. Austin, Pollock, and  Holland defined right as will. John Locke believes that “the foundation of the right is  the will of man.” Puchta believes that legal rights give a person the right over an item,  and according to the law, the item can obey the wishes of the person who uses the  right.

Duguit’s view: According to him, the basis of law is not subjective will, but objective  will. The purpose of the law is to protect only those measures that further support  social solidarity. In addition, he found that subjective law theory is a metaphysical  abstraction.

The state grants all rights in the form of laws and regulations, so rights are permitted  by government agencies. Therefore, the most significant feature of the legal right is its  recognition by the legal system and its judicial enforceability.

All legal issues and practices revolve around the rights and duties of individuals and  authorities. Despite the existence of moral rights, all rights in our time are legal. According to Salmond, all legal rights include the following elements:

➢ The content or subject matter of the legal right: The object of the legal right is  an essential element. This is a legal issue; it refers to doing something or not  doing certain actions or indulgence; it forces a person to abstain from voting or to  act on behalf of a person with legal rights. Example: Y purchased a Van of  20,000 rupees. Here, Y is the subject of the right. Subject (Y) has legal rights and  can exclude others.

➢ Objects of legal rights: Objects of rights are things or objects over which legal  rights are exercised. Example: A bought a car at a price of 100,000 rupees, and  the car here is an object.

➢ Legal right title: Title is the process of transferring or transferring rights to an  individual. These are certain events whose previous owners have obtained their  rights, such as through purchases, gifts, or wills.

➢ Perfect and imperfect rights: Perfect rights are protected and recognized by law,  and infringers can be sued. Example: B borrows a loan from A and he needs to  repay the loan, and A has the right to demand the loan amount. If B fails to pay,  A has the right to file a lawsuit. Incomplete rights refer to rights that are not  recognized or protected by law. Example: If the loan expires, you can claim the  money, but you cannot execute it.

➢ Principal and Accessory Rights: According to law, the principal right is the most  important. This is a basic right granted to people. Accessory rights are indirect  rights or security rights. They are not important, but they are considered to be a  fundamental right.

➢ Right in Re-aliens and Right in Re-propria: The rights in Re-aliena are available  rights against the property of others. One example is the right to easement. This is  the result of inheriting the concept of Jurisprudence from rulers and ministers.  The right in the Re-propriais the right related to one’s own property, and this right  leads to absolute ownership of the property. This is the result of the legal concept  of ownership.

➢ Primary and Sanctioning Rights: Primary right is very important, and it is also a  very basic right. These rights are independent in nature and have a Binding force.  They are right in rem. For example, right of reputation. If these rights are violated  in this situation, the person can go to court. This right is protected by law and  takes the form of compensation, fines, or imprisonment. Sanctioning rights are  the ultimate rights. These are rights that support primary rights. They are right in  persona which results in some wrongdoing. Example: in violation of primary  rights and private rights.

➢ Public and Private Rights: Public right is the right enforced by the state. For example, voting rights, travel rights, etc. Private rights are exercised for personal  benefit. Examples: the right to sleep, the right to drink water.

➢ Vested and Contingent Rights: vested rights are rights granted to someone from  the beginning. There is no need to do anything to grant someone these rights. It  depends on the current situation. Contingent rights are rights granted to  individuals on the occurrence or nonoccurrence of certain actions. This right  depends on future actions. When a prescribed act occurs, only then the person is  granted these rights.

Duty is also an action. Duty is a service to others, A person is responsible for a  country and a man. It acts against unfair laws. These are the main duties enforced by  the law. If the duty is not properly performed, it will constitute an offense under the  law. The kinds of duties consist of moral and legal duties. The classification of duties  includes primary and secondary duty, positive and negative duty, and absolute and  relative duty, such as protecting and maintaining the environment. Cleanliness is a person’s responsibility to the country.

Duties under the Constitution of India

1. To safeguard the sovereignty and integrity of India

2. To follow the noble ideals of a national struggle

3. To defend the country and contribute to national service when called  4. To preserve the national heritage of the country;

5. To promote and maintain the harmony of brotherhood amongst the people of India.  6. To protect the dignity of women

7. To protect the natural habitat, including forests, lakes, rivers, and wildlife;  8. To protect public property and to avoid violence;

9. To contribute to the development of the nation in all spheres.

➢ Moral duty and legal duty: Legal duties are opposite to legal rights, and are recognized by the law in the administration of justice. Moral duty is the opposite  of moral right. Although it is not recognized by law, it is implemented in  accordance with established norms and social values.

➢ Antecedent duty and remedial duty: The duty that exists independently of  another duty is the antecedent duty, and the duties arising from the infringement  of rights constitute the remedial duties.

Nikah under Muslim Law
Law of the Sea: A study of an Uncharted Division
Role of Courts in Winding-up of Company
2021-05-23
Previous Post: Natural Justice: Principles, Exceptions and Case Laws
Next Post: Legality of Betting in India