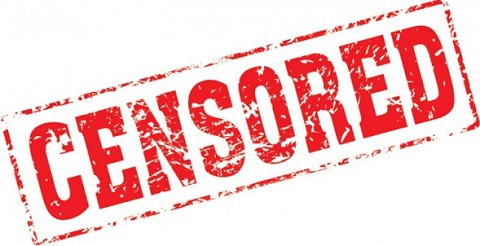 Righteous and Sinful Implications of Censorship in Media

This article is written by Prateek Chandgothia, a 1st-year law student at Rajiv Gandhi National Institute of Law, Punjab. This article discusses the nuasances of censoring media due to the current circumstances prevailing in India.

In this electronic age with breakthroughs being achieved in the IT sector, media has been revolutionized and various modes of transmission of digital contents have been adopted. These include print media, television news channels, YouTube channels of news establishments, original movies, and web series on various OTT platforms like Prime Video, Netflix, etc. Social media has been transformed into another mode of digital content transmission. After the popular Digital India campaign, the Covid-19 pandemic has furthered this online transition of digital content in India. Liberalization of internet service providers and increased access to the internet in the post-jio era has also facilitated this transition.

This online transition comes with a very substantial question of regulation, which is ‘censorship of media’. A recent event that transpired along the lines of censorship was an Amazon Prime original series named ‘Tandav’ which received backlash concerning one of its scenes which involved the 2 Hindu deities namely Lord Shiva worrying about the increasing popularity of Lord Ram.[ii] FIRs were registered across various states under the charge of hurting the sentiments of a particular community. The interpretation of the particular scene, although subjective, was censored and removed from the aired web series after instances of extreme backlash based on communal lines. Similar instances have been witnessed in cases of Padmavat[iii] and the advertisement of Tanishq jewelry[iv] which led to large-scale backlash based on communal lines. These events have sparked a public debate concerning the ‘censorship of media’.

Based on the above events, one might perceive censorship as a negative concept in contravention of the fundamental right of speech and expression. However, there have been proponents throughout history, who argued in favor of censorship which includes philosophers like Plato and Joel Fienberg. While Plato propagated censorship as a tool to protect children from ‘evil’ influences and to protect society, Fienberg propagated it as a weapon against bigotry. However, the proponents of censorship were not limited to philosophers or historians. The Hon’ble Supreme Court of India has stated that – “Film censorship is necessary because a film motivates thought and action and assures a high degree of attention and retention as compared to the printed word. The combination of act and speech, sight and sound in the semi-darkness of the theatre with the elimination of all distracting ideas will have a strong impact on the minds of the viewers and can affect emotions. Therefore, it has as much potential for evil as it has for good and has an equal potential to instil or cultivate violent or good behaviour. Censorship by prior restraint is, therefore, not only desirable but also necessary.”[v] The Apex Court promotes the concept of welfare censorship to this very day by disallowing the mention/ disclosure of a female plaintiff or petitioner in cases against her parents or family members and thereby, preventing the media houses from airing the name of the female on national television or printing it in newspapers. This kind of censorship is considered to deliver welfare and fair justice by eliminating the factor of risk to the aggrieved person.[vi] Based on such observations, one must conclude that censorship is a necessary evil.

Censorship in India, as a concept, has been in contention since the Independence in 1947. The first-ever censorship law was implemented in 1954 as the Cinematograph Act was enacted which established the Central Board of Film Certification and vested unto the members of the body, the power to eliminate offensive or politically subversive content.[vii] The grounds of censorship have evolved over the years, from Independence to the OTT era. In 1970, in the matter of K. A. Abbas vs Union Of India, the Hon’ble Supreme Court of India ruled that –“Cinematographic films in theatres were the most influential media of mass communication affecting the social mind and, therefore, the exercise of censorship under the Cinematograph Act was valid and necessary”.[viii] The press was brought under the ambit of censorship through the Press Council of India Act, 1978 which established the Press Council of India and gave it the power to receive and act upon the complaints regarding the violation of journalistic ethics or misconduct by a journalist or an editor for that matter.[ix]

The concept of freedom of speech and expression goes hand in hand with censorship. Various instances of misuse of censorship have been recorded throughout history. The sedition law has contributed to this misuse of censorship since independence. In a country like India, custodial harassment has been a major issue wherein waiting for the bail to be granted, can lead to long and unfair jail times which leads to grave violation of human rights. The emergency was implemented by the Indra Gandhi government which was 21 months from 1975-1977. It was one of the most censored eras post-independence[x] as censorship was used as a tool to suppress the voices of dissent. The press freedom was significantly curtailed as the media houses were forced to print and air news in favor of the decisions and policies of the government while refraining from reporting news that was critical of the establishment. Any similarity between a film or writing and the then political circumstances was censored. This included Gulzar’s ‘Andhi’ for its similarity to Indra Gandhi’s life and Amrit Nahta’s ‘Kissaa Kursee Ka’ which displayed political satire.[xi] A similar instance was witnessed in 2020 when Hotstar removed a single episode of the show ‘The Last Week Tonight with John Oliver’ for it being critical of the current Prime Minister of India, Mr. Narendra Modi.[xii] These instances have not been limited to India as the governments around the world have started to regulate the new OTT platforms. An episode of the show, ‘The Patriot Act’ by Hasan Minhaj was taken down by Netflix after it entered controversy for criticizing the crown prince of Saudi Arabi, Mohammed Bin Salman.[xiii] Singapore has also regulated the OTT platforms significantly as it witnessed the pulling down of at least 5 pieces of content from the streaming platforms based on the demands of the government.[xiv] In the present scenario, indirect censorship methods like paid advertisements are being used to influence news reporting and hampering journalism  standards. By way of paid advertisement, the government provides incentives to the media houses to refrain from reporting news that is critical of it.[xv] Thus, similarities can be drawn between censorship being implemented for vested interests during different times throughout history.

Censorship as a concept must evolve and be implemented while keeping in mind the justified level of freedom of speech and expression. Moreover, it is of utmost importance to eliminate instances of censorship wherein a certain smaller group of people, especially the government exercise their power to unfairly censor a piece of information, movie, or web series to transmit favorable propaganda or suppress the voices of dissent. The type of censorship which fulfills these conditions might be considered as ‘soft’ censorship as it protects the rights and interests of individuals rather than encroaching upon the same. It is, therefore, fairly concluded that in the modern era of constant development in technology, censorship is a necessary concept which when used righteously can promote welfare, peace, and security while when used sinfully, can lead to grave harassment of individuals or groups of individuals.

[x] A. (2019, June 25). The darkest phase in Indira’s tenure as PM. The Economic Times. https://economictimes.indiatimes.com/news/politics-and-nation/democracy-interrupted-some-lesser-known-facts-about-emergency-1975-77/the-censorship/slideshow/69940335.cms