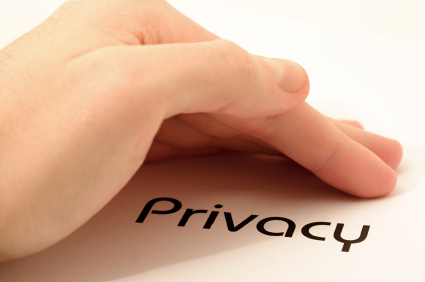 This article is written by Akshaya V, a student of CMR University, School of Legal Studies, Bangalore.

This article explains a very captivating dimension given to Article 21 of the Indian Constitution – the right to privacy. The right to privacy is attributed to many facets as and when developments occurred and are being discussed with a few case laws.

Privacy is defined as the avoidance of publicity, to live without unwarranted interference by the public in matters which the public is not necessarily concerned with. It determines how secluded a person may be in various spheres of life. It consists of aspects right from sensitive information shared on a phone call, letters, electronic mail to safeguarding physical indulgence from becoming public. With the developments in human rights, the advancement in right to privacy can be well equated. Privacy is considered to be an indispensable civil liberty to an individual’s freedom and dignity and stands as a hallmark of cultured existence. There was an extended dimension given to Article 21 of the Indian Constitution post-Maneka Gandhi’s case. The Supreme Court of India, in the privacy bench, unanimously held that the right to privacy is protected as an intrinsic part of Article 21 of the Indian Constitution and as a fundamental right guaranteed under Part III of the Indian Constitution. The judgment overruled the earlier decisions of the Supreme Court in the case of Kharak Singh and M.P. Sharma.

The right to privacy in case of the State’s power to search and seizure has gained a lot of attention and decisions were given on this subject not only in India but also in other countries. The Court referred to the Universal Declaration of Human Rights and held that the State shall not have an unrestrained right of search seizure. The State shall have access to all public records and documents. Where a document has got private details, there is a right to privacy unless established by a reasonable cause to believe that such details will lead to the discovery of fraud.

Telephone tapping is a process of overhearing or maintaining a tab on conversations made over phone calls. The analysis here is such that is it constitutionally permissible in India? This question was answered in the case of the People’s Union for Civil Liberties v Union of India. The case dealt with a Public Interest Litigation rampant telephone tapping of a politician by CBI. The Supreme Court held that the tapping of phones is a serious invasion of privacy. This also means that telephone tapping would infract Article 21 unless it is allowed under the procedure established by the law. The procedure shall also follow justice, equity and good conscience.

In cases of telegraphs, under Section 5 of the Indian Telegraph Act provides for interception of messages to safeguard public interest against arbitrary excise of Governmental powers. Section 5(2) of the Act authorizes the interception of communications in accordance with the provisions of the Act. “Happening of any public emergency” or in the best interest of public safety” is the sine qua non “to apply the provisions under section 5(2) of the Act unless a public emergency has befallen or the interest of public safety demands, the authorities have no dominion to exercise the powers under the said legislation.

After the declaration of the right to privacy as a constituent of fundamental rights, privacy rights still come in conflict with the investigations undertaken by police on aspects such as narco analysis, brain mapping tests and polygraph tests. However, under Article 22, the above-mentioned investigations are an exception to self-incrimination. In the case of Directorate of Revenue and Anr v. Mohammed Nisar holla, the Supreme Court discouraged the unnecessary infringement of the right to privacy in having a sophisticated technology to detect whether an inmate has kept narcotic elements. Therefore, the Court of law must see that such rights are not necessarily infringed with the development of technology.

A prisoner called Shankar, employed in a famous Tamil magazine publication office “Nakheeran” was a continuous offender. During his sentence period, he wrote an autobiography and his relationship with prison authorities and wished to publish the same through the said magazine. The authorities and inspector general of Prisons claimed the autobiography was false and threatened legal action to the publication if they proceed. The question here was, can a person prevent publishing or writing his autobiography? Does it infringe on his right to privacy? The Supreme Court ruled that the right to privacy was a distinctive right of an individual and protection from unwanted governmental intervention. The petitioner (associate editor) had a right to publish even without authorization. However, the publications shall be liable for going beyond what is true which may invade into his right to privacy.

This case gave the landmark ruling on consensual homosexuality. Section 377 of IPC, Articles 14,19 and 21 were challenged. Held that individuals need a shelter where they can be free from societal control to drop his mask and desist from what image he has got to show to the world.

The petition filed by a retired Justice of Supreme Court of India challenged the biometric Aadhar card which would be mandatory for access to government benefits as an infringement of privacy. The Government claimed that privacy is not an exclusive right given under the Constitution of India including protections thereof. The court ruled that the right to privacy is incidental to Article 21 of the Indian Constitution. The Court also identified this is a restrictive right corresponding to a legitimate aim of the State.

With our lives becoming a public platform through social media handles or spy cameras splattering across places, there must be some protection for us to function as per our choices without unwarranted interference. The privacy right may find its place where a person needs not have second thoughts in doing his actions and owe no explanations to others but himself.