Right to Food: Universal Recognition and Problems in Indian Context 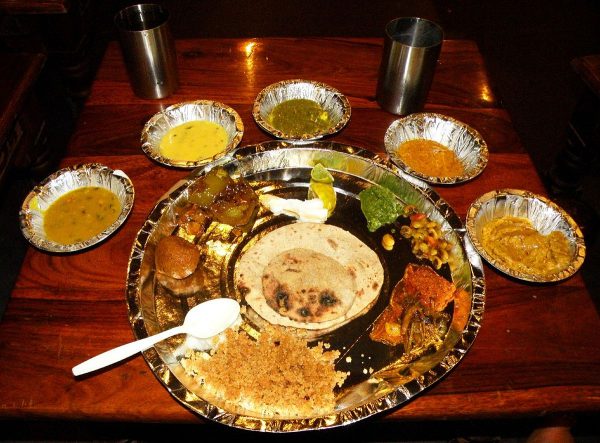 This article is written by Akshat Mehta, a student of the Institute of Law, Nirma University, Ahmedabad. In this research article, he has tried to analyze the issue of ‘Right to Food’ with constitutional lenses. He also reported the universal recognition of ‘Global Hunger’ as a problem and mechanism to overcome it.

The government often seems to frame legislation and subsidy programs to serve the needy. The advocates of Human rights use to link the issue of ‘Right to Food’ with fundamental rights of Humans. In the global scenario, almost 54 Lakh people die every year across the world due to hunger or any disease caused due to hunger as per the World Count report. A universal criticism of ‘Global Hunger’ is poverty. Poverty raises a scepticism approach towards the functioning and serving of the government. There is a worldwide criticism that several governments are facing due to its malfunctioning and bad performance in the ‘Global Hunger Index’.

For the first time, the United Nations realized the need for laws and statutes to regulate the matter related to ‘Right to Food’ and ‘Standard of Living’ through Economic, Social and Cultural Rights (ESCR) in the United Nations Declaration of Human Rights (UNDHR) in 1948. Several articles were added in the declaration of Human Rights which addresses the basic, crucial, and fundamental rights of Human beings. Right to marriage and Family, Right to decent Living, and Right to seek equal treatment are some of the crucial articles added in the declaration which could address the problems of the poor in relation to poverty. So UNDHR is the 1st such document which recognized that Right to food is a part of Economic, Cultural, Social and Political domain.

Another significant need to issue the problem of ‘World Hunger’ aroused in International Covenant on Economic, Social and Cultural Rights (ICESCR) when the report titled ‘Right to Food as a Human Right’ was then published in 1987. It poses critical questions on the government worldwide due to alarming data of ‘World Hunger’ and death due to hunger came into the picture. Several investigations had taken place after the report to curb Global Hunger and to make the government accountable.

US-based International Food Policy Research Institute (IFPRI) released the ‘Global Hunger Index’ for the first time in 2006. Since then it releases the report titled ‘Global Hunger Index’ every year which tends to show the condition of various countries of the world in numerical figures which are efficient in terms of serving the need of food and which are not successful in catering to the need for food to its countrymen.

The ‘Global Hunger Index 2019’ ranked Yemen, Malaysia, Madagascar, Venezuela, Lebanon, Mauritania, Jordan, the Central African republican and Oman at the lowest rankings. These countries are facing large scarcity and nationwide poverty which is an alarming situation as per the report. Countries like Belarus, Bosnia, Herzegovina, Bulgaria, and Chile were ranked as the top countries which are least affected by ‘hunger’.

As per the ‘Global Hunger Index’ report, the situation of India is not much optimistic. The data suggested that India ranked 102nd out of 117 countries. India is ranked below Pakistan, Nepal, Bangladesh, Sri Lanka, and other south Asian countries indicate that ‘India is suffering from the serious hunger problem’. Hunger problem has also contributed to a higher infant mortality rate, malnutrition, and lower life expectancy. The report suggested that in India only 9.6% of children between the age group of 6 to 23 were given a standardized diet. Now, this alarming data raised some of the burning questions which are necessary to be addressed as the need of the hour.

1)     Is Right to Food linked with Malnutrition?

2)     Does Article 21 of the Constitution of India also include the Right to Food in its ambit?

3)     Whether the democratically elected government in India owes any accountability towards the citizens and the poor in terms of serving the food?

1)     Surely, whenever the question of ‘Right to Food’ arises simultaneously the question of health and nutrition arises. Food is the basic need for human survival and not only food but also there should be standardized and adequate diet. As the GHI report indicated that in India only 9.6% of children between the age group of 6 to 23 could get a proper diet and this contributed to the problem of Malnutrition. Malnutrition is a silent degradation to the country’s manpower. The government is accountable for the citizens not only for providing food but also for providing proper food which contains dietary fibres.

Food is linked with human dignity and standard of living. We could not deny the fact that India is the 2nd most populous country in the world and it is very difficult to manage and distribute the food on a regular basis to 130+ Crore people but the government should create such mechanisms or channels through which it could cater to the basic needs of the people such as food, shelter, and water in an effective manner.

We as a citizen could also contribute in this regard by not wasting the food, by distributing the access food and by realizing that everyone has the right over the natural resource and food is one of the natural resources on which moral claims are much weightier than monetary claims.

State of Punjab v. Gurmit Singh
Functionaries under Code of Civil Procedure, 1973
Constitution and its Classification