Reservation in India: Do we still need it? 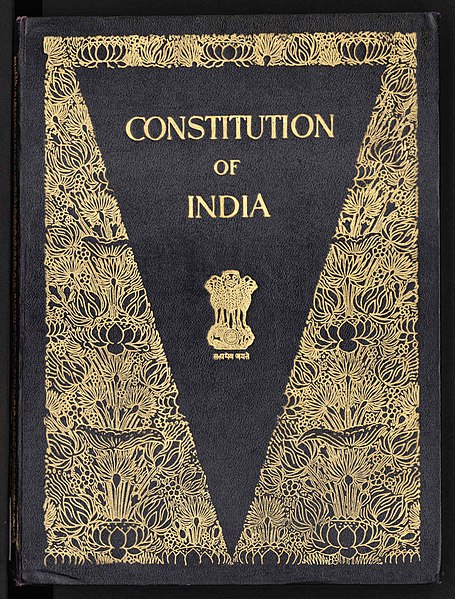 When India got independence, there were a certain group of peoples who were not as socially, educationally developed as others and the makers of the Constitution wanted to help them and so the concept of reservation came into the picture. To put it out in layman terms, reservation is a system, according to which the above-mentioned group of socially, educationally disadvantaged peoples were provided with representations, by reserving a couple of open spots, with respect to jobs or in the entrance of an educational institute or their minimum mark to enter into an institute was held to be lower than the others to improve them socially and educationally. This is also mention in the Constitution under Article 15(4) and 16(4), which provides the State with the power to make any special provisions for the development of any socially and educationally backward group of citizens, which are known as the Scheduled Castes, and the Scheduled Tribes, like the above-mentioned reservations or allotting quotas, etc. for them.

The people to whom reservation is allotted, forms three main groups, are as follows:

Reservation and the India Constitution

Article 16 (1) and (2) of the Constitution forbids discrimination on the ground of residence for employment, and Article 16 (3) and (4) are the exceptions for it. Article 16 (3) gives Parliament the power to make laws that would extend beyond the restriction mentioned in Article 16 (1) and (2). Article 16 (4) empowers the state to make special provisions, as needed, for the reservation in appointments of posts in favor of any backward class of citizens who the State considers are not adequately represented in the services under the State.

Articles 330-342 talk about the special provisions for reservation, representation, and commission for a certain class of people such as SCs, STs, Anglo –Indians, Linguistic minorities, and OBC.

Article 335 of the Constitution plays a big role in balancing the process of allotting seats based on reservation. The article says that the state shall look into the claims of the members of the SC and ST regarding the seats in the administrative position, but only if appointing these members will improve the efficiency of the administrative position. The State does not require to grant the members solely based on their social standing. This article acts as a guiding principle for the State in performing its duties without it being restricted to the claims of SC and ST.

Views of the Supreme Court

One of the first cases that handled on the reservation was the State of Madras v. Champakam Dorairajan, the Madras government reserved seats in the government’s medical and engineering colleges in different proportions for different communities based on religion, caste, and race. The plaintiff alleged that this is against the fundamental rights, and the state defended it on the grounds that this was enacted under the requirements of Article 46 of the DPSP to provide social justice for all the groups. This law was repealed by the Supreme Court because students are graded based on caste and religion, regardless of their merits. To change the validity of the decision, the Constitution ( 1st Amendment) Act of 1951 amended Article 15, and clause (4) was added in Article 15.

In the case, M.R. Balaji v. the State of Mysore, the State of Mysore issued an order, as per which all the communities except the Brahmin community were declared to be socially and educationally backward under Article 15 (4) and 75% of the seats in Educational Institutes were reserved in favor of the Socially and Economically Backward Class and the SCs and STs. This order was challenged in the Supreme Court under Article 32 and the Supreme Court struck down this order because it claimed that backwardness is both a social and educational factor, and though caste in relation to Hindus may be a relevant factor to consider, it cannot be made the sole and dominant test, in determining the social backwardness of a class of citizens. It also said that even though there are no definite rules for granting reservations, it should not exceed 50%.

In the case, State of UP v. Pradeep Tandon, an order issued by the State Government for the reservation of seats for students in medical institutes, which extended to candidates from rural areas, hill areas, and Uttarakhand, was challenged in the Supreme Court. The Court observed that the classification on geographical and territorial areas was made because the candidates from these areas were regarded as socially and culturally backward classes. The Court said the reservation to the students from hill areas and Uttarakhand was valid, because of the absence of a proper means of communication, technical processes, and educational facilities, the poor and illiterate people were kept in the remote and sparsely populated areas. But this did not include the candidates from rural areas, and it was held to be invalid because this division on the ground that the people in rural areas were poor, unlike those in urban was not supported by any relevant facts.

One of the leading landmark cases regarding reservation in the case of Indra Sawhney v. Union of India. In this case, the Supreme Court held that the decision of the Union Government to reserve 27% of the government jobs for backward classes is constitutionally valid, provided socially advanced persons- Creamy Layer- among them are eliminated. The reservation of the seats could include only the initial appointment and does not extend to the promotion and the total reservation should not exceed 50%. After this judgment Article 16 (4-A) and 16 (4-B) were added by the 77th Amendment and 81st Amendment respectively.

The term ‘creamy layer’ was first coined in 1974 in the case of the State of Kerala vs N. M. Thomas where the judge noted that the benefits of reservation meant for the socially and economically backward persons were snatched by the people of the same community, but socially and economically developed, who was called as the top creamy layer, and leaving the rest for the weakest. This could be applied only for OBC and not to the SCs and STs. To put it down in simple words, ‘creamy layer’ consists of people who despite being a part of the OBC, are more economically and socially developed. The court developed the ‘creamy layer’ concept to prevent these people from using the policies and reservations made for the people who are economically and socially backward.

So, there is a question in most people’s minds, that, “do we still need a reservation?’. It has been more than 70 years since India became a democratic nation and the reservation was implemented. But the position of the SCs, STs, and OBC have not changed a lot to say that reservation should be barred. In the present-day scenario, a lot of people in the creamy layer are misusing the allotment of reservation and so reservation does not fulfill the role it was established for. The one thing that can be done is that, while the process of reservation is going on, the people selected for a reservation should be chosen after looking into if they would fall into the ‘creamy layer’ category and the concept of ‘creamy layer should be extended to those in SCs and STs too. So, to conclude I would say that, yes, we still need a reservation, because the reason for the implementation of reservation, which is, the development of SCs, STs, and other backward groups, is not yet fulfilled.

This article is written by Santhiya V, who is pursuing BBA LLB (Hons.) at Alliance University.