Coalition Government and its impact on India Federal System 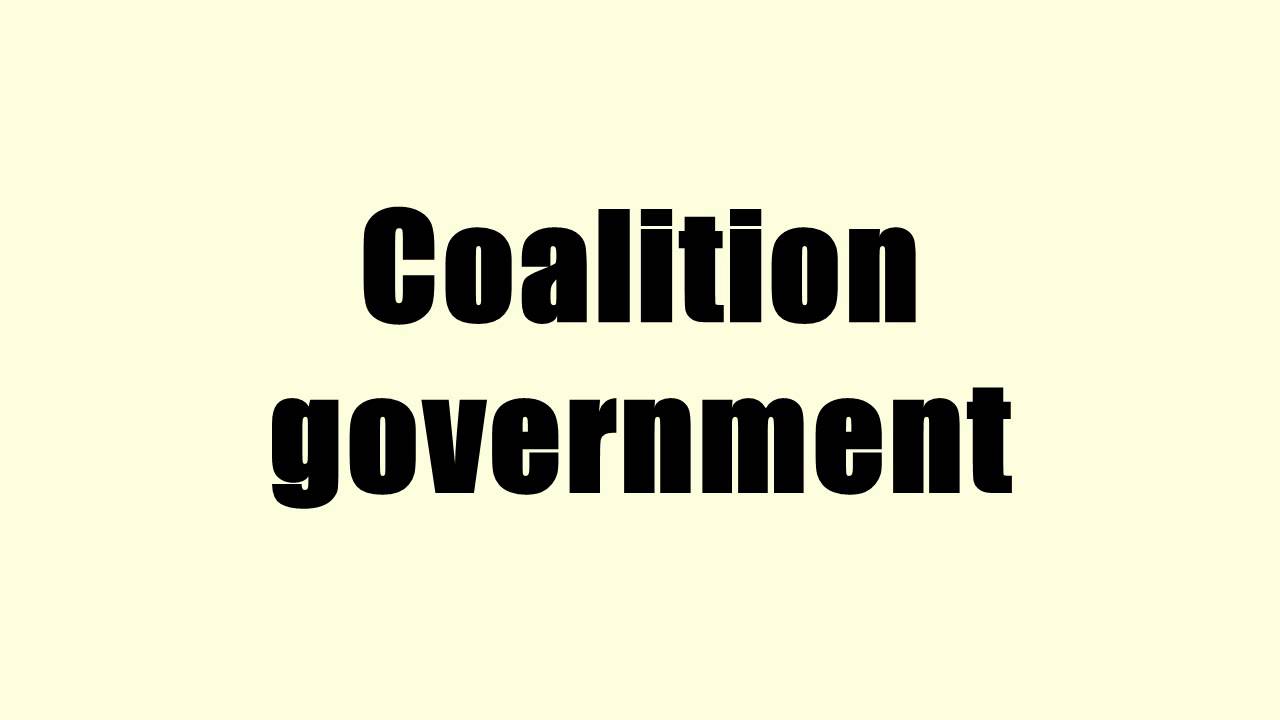 The center state relation in federal countries around the world is unbalanced in terms of their resources, powers, and functions, regardless of how detailed and elaborately the constitution describes it. By the opinion of Chief Justice Mirza Hameedulla Beg “our constitution is like an amphibian”. The central at times can move from the federal plane to the unitary one according to the circumstances. From Independence on, the power has been vested more on the central government. Coalition politics is often used as a means to influence the federal polity. India being a multiparty country, coalition governments are inevitable. It is not a new concept in India that in 1967, the coalition government took an immense drift, which has continued today. Moreover, the federal system and the coalition government share the same essence and objective, but one had a greater impact. The term Coalition is derived from a Latin word meaning to grow together. Coalition governments can be traced back to the pre-independence era to be precise the interim government of 14 party representatives in 1946.

The development of the coalition government was interconnected with the federal and political structures at various times. For more than four decades after independence, Indian governance was governed by a one-party system, which was a unitary system. But the emergence of regional political parties was a great reason that has contributed to the breakdown of a one-party dominant system at the center and has made a substantial contribution to the decentralization of power. We need to examine the history and development of the coalition government through the years to understand its impact on the Indian federal structure.

The phase of 1952-1967 was a time of one-party rule in India, but in 1967, the first sign of disruption occurred with the introduction of an alternative. Though there are attempts at coalitions between 1967 -1988, they are a failure. The scholars always raise the contention that, the federal system even though it’s immutable it needs to undergo re-examination, re-adjust, reconfirm at particular intervals according to the emerging situations in the society. In 1987, the controversy over center-state relations has become a loud issue when the then prime minister of India Mr. Rajiv Gandhi began to address the District Magistrates and Collectors in different areas, stressing the need to restore a system without chief ministers. This was a process of bringing back the District collectors to the administrative position. This was followed by the flooding of announcements regarding the strengthening of local bodies and panchayat raj which was considered as a virulent attack on the state governments.

It not only during his period the attack of the dominion party over the state government can be observed all way back by the way of the constitution itself. Majorly The invocation of Article 356( example of Communist Government in Kerala was sacked in 1959), unilateral action of the center in the setting up of the of its policy of drawing and redrawing the political map of India     (example of the disintegration of Assam to suffice infra nationalist movements), and planning commission, which deceit us the constitutional tools by which unilateral action or oppression of the dominant party was made through which was against the spirit of the Federal Structure.

Over the years there was a constant rise of voice against this misuse. It comes into the limelight after the Sarkaria commission report of 1988. However, the committee did not suggest anything regarding the reconsideration of the State, Union, and Concurrent lists, but it placed a great deal of emphasis on the office of the governor. Article 356 was more often invoked against the opposing state through governors by the single dominant party. According to this committee, the office of the Governor was regarded as being a key functionary in ensuring cordial center-state relations. Active politicians were not allowed to be governors, and eminent persons from outside of the state are preferred, according to the Commission. He should not have too much to do with local politics or be active in politics. Although the committee’s recommendations were taken at a later stage, there was a major shift in Indian politics in 1989 when regional parties entered the national arena. The coalition of the regional parties reinforces the shift from centralization to decentralization.

In 1996, there was a failure but it was also considered a landmark event in the coalition as the United Front Government with Congress’ support came to power. This coalition government brings a Programme named as Common Minimum Programme. The concept of political, economic, and administrative federalism was reinforced through various innovations developed through this program.

The most prominent change that happened in the relationship between the coalition politics and federalism in India is a recent example of the replacement of the Planning Commission of India by constituting a new commission named National Institution for Transforming India (NITI) Aayog on January 1, 2015. The Prime minister is the chairperson and the Chief Ministers of states and the UT will remain as the members. This instituted participation and also strengthens the federal system by inclusion and decentralization.

In the era of a coalition government, the center-state relation and the state autonomy issues are resolved to the maximum extent. Through this coalition, the regional parties were able to strengthen their presence in national politics. They can now have a stronger voice about the different views and problems of different societies and sections. Coalition politics, or the system of government, is more participatory and responsive. Thus, the autocratic, dominant single-party monopoly is removed. If well streamed, this can also provide some opportunities for Mutual Adjustment and arbitrations.

Coalition governments cannot simply claim that they uphold the federal system and its objectives. It had a serious drawback that would conflict with the basic welfare of the nation. This coalition government is unstable. From the past, we could observe major coalition government failures due to various reasons. I believe there is a great deal of opportunism, narrow political interest, and unscrupulous political games before the idea of integrity, development, and democratic federalism. Despite the coalition government being the reality of today, they are merely using it now to disrupt the actions of the center and also to undercut their power and authority. Regional parties often disregard the general welfare and do not take a utilitarian approach. Coalitions are often used by regional parties to divide and rule and create immense hatred against others for their dirty political agenda. A participatory, corporation-competitive development must be the goal of the Coalition, but they are often driven toward separatist movements instead of maintaining the integrity of the country.

I would like to conclude with the note of W.H. Riker. He rightly observed that: “Whatever the social conditions that are general, everything sustains the federal bargain, there is one institutional condition that controls the nature of the bargain……. the structure of party system, which is regarded as the main variable intervening the background social conditions and the nature of the federal bargain.” He also observed that “centralizing and decentralizing tendencies of a federal system mainly depends upon the degree to which the parties are operating in the central government and control parties in the present government.