Reservation: Boon for the Deprived or Bane for the General? 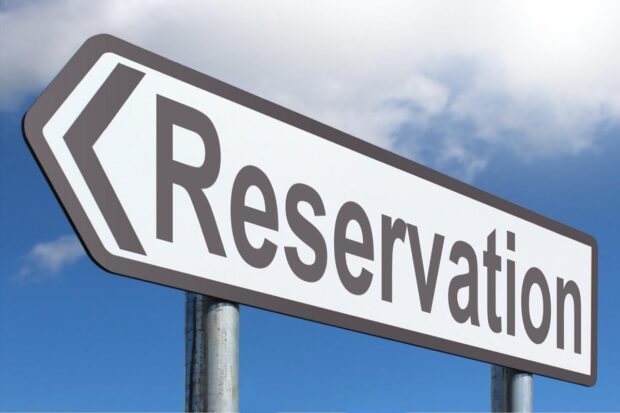 The term reservation refers to keeping back or withholding. While in the Indian context, reservation is positive discrimination that protects the people from the lower caste to share equal places with the others. It is an affirmative action that reserves a percentage of seats in the public sector units, union and state civil services, union and state government departments and in all public and private educational institutions except in the religious\ linguistic minority educational institutes, for the socially and educationally backward classes and the SC and STs who are deprived of such changes. The reservation policy also extends to the representation in parliament. The reservation policy is backed by the constitution of India. It served two main purposes as per the constitution, firstly, advancement of scheduled caste and tribes or any socially or economically weaker sections, secondly, adequate representation of any citizen of backward classes or economically weaker section in the services under state. Not more than 50 per cent of the seats can be reserved. The topic is under for a lot of years and many different opinions are prevalent in society.

William Hunter and Jyotirao Phule in 1882 introduced the idea of caste based reservation. Reservation policy in India began when the Government of India Act, 1919 was introduced during World War I. The act focused on the development of Indian territory. This act discussed several reforms for governmental institutions along with issues of minorities which included communal electorates. This system was criticized by Montague- Chelmsford as a system that could hinder the self-development policy but because Muslims already had a communal electorate through the Minto- Morley reform of 1909 and thus, they found it unfeasible to take separate electorates for the Muslims. To scrutinize the Montague Chelmsford reforms, Simon Commission came up in 1927. After taking the tour of the entire Indian province they suggested unification of electorates with some of the seats reserved for depressed classes and also demanded a wider province as the economic, educational and social position did not allow them to vote. To scrutinize the report of the commission, and to discuss the ways to incorporate new laws in the constitution, a round table conference was organized in London in 1931. Many Indian delegates joined the conference. Prime Minister Ramsey Macdonald chaired the conference. Mahatma Gandhi disapproved of the idea of many separate electorates while B.R. Ambedkar was in favour of the suggestion. Due to the conflict of interest, this issue remained unsolved at the conference. But after this communal award and Poona act came into being which allowed separate representation to Muslims, Sikhs, Indian Christians, Anglo- Indians, Europeans and Dalits depressed classes and were assigned several seats that were to be filled by election from special constituencies in which only the voters from depressed classes voted. This award was opposed by Mahatma Gandhi but was supported by B.R. Ambedkar and other minority groups. As a result of the hunger strike and revolts, the Poona act came into being which brought a single electorate for each of the seats of British India and new central legislations. The Government of India Act 1935 stamped the provisions of the Poona act 1932. According to the Government of India Act, 1935 reserved seats for the depressed class was allotted.

Why is Reservation Needed?

The people of the backward classes were deprived of the minimum requirements because of many reasons. They were not able to compete with the creamy layer or they lack motivation because of a lack of facilities.

“Nothing in this article shall prevent the State from making any provision for the reservation of appointments or posts in favor of any backward class of citizens which, in the opinion of the State, is not adequately represented in the services under the State”

An amendment was made in the Constitution by the act, 1995 and clause 4(A) was inserted in the article which enabled the government to provide reservation in promotion. Constitutional 81st Amendment Act, 2000 inserted Article 16 (4 B) which enables the state to fill the unfilled vacancies of a year which are reserved for SCs/STs in the succeeding year, thereby nullifying the ceiling of fifty percent reservation on total number of vacancies of that year. Later, after the 87th amendment consequential seniority was provided to promote the candidates by giving them reservation.

Article 15 and Article 16 enables the central and state government to secure seats in government jobs for SC and ST.

Article 330 and 332 provide special representation of seats for Scheduled cast and tribe in the parliament and in state legislative assembly.

Reservation should be provided but only to those that are economically weaker sections of the society. The main loophole in the policy is that it provided reservation to all the people of a cast due to which the upper classes also tend to benefit from such policy. Reservation should only be provided to those who are actually in need of reservation and not to all with the name tag of caste. Government should follow radical measures to exclude the creamy layer from the policy. Agitations by the Patels of Gujrat or the reservation Brahmans of Tamil Nadu are some recent examples which show that how the creamy layer is taking advantage of the policy. In the case, Ashok Kumar Thakur v. Union of India, Justice Ravindran said that when more people aspire for backwardness instead of forwardness, then the Country itself stagnates. The policy cannot be considered as good or bad as when an undeserving candidate secures a seat over a deserving candidate then it is bad on the other hand if a deserving candidate is benefitted it is good. Whether to continue the policy or discontinue policy? Everybody has a different mindset so just a suggestion can be made that government should take decisions that would help the needy and people should not take advantage of the reservation policy, if they are capable then they should man up and do not take advantage of the loophole of the policy.

This article is written by Divesh Gupta a first-year law student at Vivekananda Institute of Professional Studies affiliated to GGSIPU.