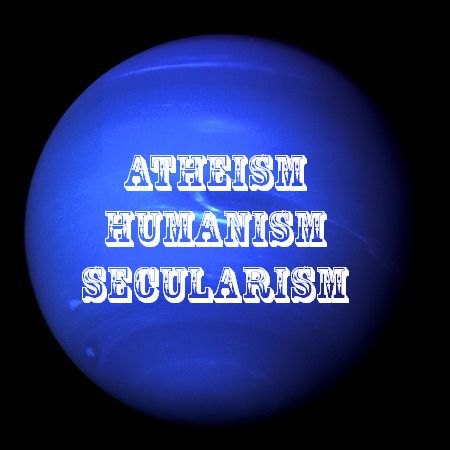 This article is written by Tulip Das, currently pursuing BBA L.L.B(H) from Amity University Kolkata. In this article, the author aims to describe how the Ram Janmabhoomi Puja and alliance of BJP to Hinduism are leading the way to extinguish of secularism as a concept in India.

A future historian might record the 5th day of August 2020 as the day in India when Secularism breathed its last breath. Despite secularism being one of the strongest pillars of the Indian Constitution, the concept always had to encounter threats, fights, and debates. A glimpse of India losing the concept of secularism was seen on the 5th of August 2020, not because of the Ram Janmabhoomi Puja conducted in Ayodhya but because the worship was backed by political influence. A political party presiding and influencing religious ceremonies is not a good practice in a secular state. However, it was not so unusual as far as India is concerned.

The Ayodhya Dispute- A Brief History

The story of the second-longest proceedings in the Indian History in the matter of Ram Janmabhoomi – Babri Masjid land dispute case centred on the ownership of a plot of land in Ayodhya, Uttar Pradesh – had begun in 1949, two years after the Indian Independence and came to its end on the historic date of 9th day of November 2019. Starting as a typical land title dispute between two communities – Hindu and Muslims – it shaped itself as the most sensitive political, religious communal fights. The dispute revolves around the history and location of Babri Masjid at the concerned site, the fact of whether there is any Hindu temple that was demolished by Muslim invaders to create a mosque.

The legal and political drama that has been on for debate for more than six decades now turned as one of the worst incidents of inter-religious brutality in the history of India which is responsible for the lives of thousands. On 30th September 2010, Allahabad High court pronounced a verdict to divide the disputed land into the three parts which were stayed and overruled by the Supreme Court of India and then the constituted Five-judge bench headed by Chief Justice Ranjan Gogoi gave the final judgment on 9th November 2019 which vacated the previous decisions and ruled to hand over the territory in dispute to Hindus.

Why Is India’s Secularism Questioned?

The question of whether the Ram Janmabhoomi Puja and alliance of BJP to Hinduism will lead to secularity extinguishing in India is quite natural to arise especially after the Hindu-Muslim riots over the land and it finally going to the Hindus and BJP`s open support to Hinduism. The answer is also yes! The secular ideology was defeated in India because it failed to distinguish itself from knee-jerk pro-minority, even as it learned to turn a blind eye to minority communalism.

It wouldn’t have been such a big issue if the event was viewed just as a Prime Minister and other ministers attending a religious ceremony but, it was BJP attending a Hindu puja. This question arose because everyone will remember how the building of the temple was finalized. So, going back, it was neither a battle inside the courtrooms nor regarding elections, but it was a battle of ideas. Secularism has been defeated in the minds of Indian citizens. Politics in India is no longer secular anymore. If we just take few steps back, we will be able to see, India`s secularism has been questioned right from the scrapping of Article 370 to fights between India`s two major religions to the building of the temple today and with BJP, the ruling party which has openly shown their inclination towards Hinduism and Hindutva. India’s secularism is really in danger.

Today, our ruling party wants India to be a Hindu nationalist state which combines territorial unity with Hindutva rather than a secular unit. It became all the more eminent after the Ram Janmabhoomi Puja and the increased alliance of BJP to Hinduism. Although the Faridabad Court placed the site under the custodial responsibility of the state and the Additional Magistrate issued a preliminary order under Section 145 of the Code of Criminal Procedure to control the rising communal tensions, the so-called leaders and preachers of both the religions, refuse to abide by the same. A day after Prime Minister Narendra Modi performed Bhoomi Pujan for Ram temple at Ayodhya, a few Muslim leaders, claiming to be representatives of their community in India, has started a campaign against PM Modi’s participation in the historic ceremony for which the majority Hindus waited for several generations.

Terming the Prime Minister’s participation as against the spirit of secularism enshrined in the Constitution, these hatemongers are trying to provoke people to spoil the peaceful atmosphere in the country when a temple of harmony is being built after a wait of 500 years. Thinking like a layman, it was a simple worship ceremony on the establishment of a temple attended by the Prime Minister and other ministers, however, looking back to the increased partial behaviour by the Modi-led BJP Government towards Hindu religion and Hindutva and their efforts to make India a fully Hindu nation, plus, negative acts and reaction of the so-called representatives of both Hindu and Muslim religions, forces even a layman to question India`s secularism. India is now more of a Pseudo-secular state.

The landmark case M. Siddiq (D) Thr Lrs v. Mahant Suresh Das & Ors [Civil Appeal Nos 10866–10867 of 2010] popularly known as the Ayodhya title dispute is a historical, political, and socio-legal contention that is on fire for more than a century.

Today, as Prime Minister Narendra Modi and Uttar Pradesh Chief Minister Yogi Adityanath preside over the Ram Janmabhoomi puja at Ayodhya, the function marks the triumph of majoritarian politics. Yet, the future historian would remember that majoritarian politics began its triumphant journey way back in 1989. If there is something new here, it is the stamp of legality. Unlike 1949 or 1986, this time the deity would make a legal entry, certified by the Supreme Court of India, no less. Future historians would also underline the fact that a few months after passing that strange order, the Supreme Court had also refused to stay the Citizenship (Amendment) Act, 2019, which provided for the unequal treatment of future citizens on religious grounds.

Today’s ceremony in Ayodhya is not a religious or sacred ritual. It is a purely political one, a ritual of conquest. The ceremony symbolizes the fusion of multiple forms of power: State power, the power of the dominant political party, the brute power of the majority community, the power of modern media, and the power of religious authority. The only thing missing so far was the wholesome participation of opposition parties. A feasible version of Hindu Rashtra, compatible with the fiction of a secular Constitution, has been inaugurated.

Shockingly, we still have such communal riots as political infringements that are all set to divide our country in this 21st Century. It is not normal that people still fight over religionism. Although it sounds normal in India especially because here, we have politics playing a vital role in playing with the religious sentiments of people. Here, Politicians, Political parties, and the so-called religious representatives are spreading fake communalism in the name of nationalism. The reality is sad but true that India’s current situation has secularism only written in books. Until politics is withdrawn from religionism, secularism as a concept will never grow. It is very important to keep politics and religion separate. Only then India will stand for what she is known – Unity in Diversity.

The views expressed in the article are the personal views of the author.