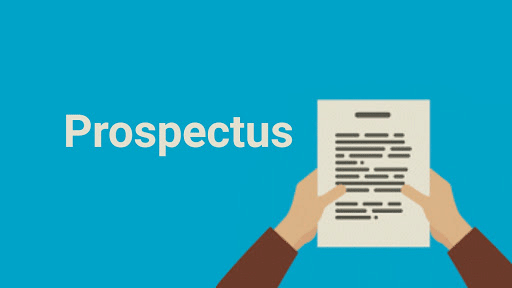 This article has been written by Nikhat Fatima pursuing law from Rizvi Law College. Picture credits to mjccs.pk

Corporate Law, also inferred as Company Law or Business law is a body that regulates the rights and code of companies organizations and businessmen. any advertisement offering shares or debentures of the company for sale to the public is a prospectus. The law is aimed at easing the process of doing business in India and improving corporate governance by making companies more accountable.

Section 2(70) of the Companies Act 2013 defines Prospectus as “any document issued for advertisement or other document inviting offers from the public for the subscription or purchase of any securities of a body corporate”.

A Prospectus is an invitation issued to the public to offer for purchase/subscribe shares or debentures of the company. In other words, any advertisement offering shares or debentures of the company Private limited companies are strictly prohibited from issuing a prospectus and they cannot invite the public to subscribe to their shares. A prospectus can only be issued by public limited institutions. Making it an open invitation prolonged to the public at large.

Advertisement of the Prospectus

Section 30 of the Companies Act 2013 contains the provisions regarding the advertisement of the prospectus. In any manner where an advertisement of any prospectus of a company is published, it shall be necessary to specify therein the contents of its memorandum as regards the objects, the liability of members and the amount of share capital of the company, and the names of the signatories to the memorandum and the number of shares subscribed for by them, and its capital structure.

Specified under Art 31 of the Companies Act 2013 a red herring prospectus is issued prior to the prospectus when a company is proposing to make an offer.

The provisions related to shelf prospectus have been discussed under section 31 of the Companies Act, 2013.

Section33(1) of the Companies Act, 2013 also states that when any form for the purchase of securities of a company is issued, it must be accompanied by an abridged prospectus.

A deemed prospectus has been stated under section 25(1) of the Companies Act, 2013.

A document will be considered as a deemed prospectus through which the offer is made to the public for sale when any company offers securities for sale to the public, allots or agrees to allot securities. The document is deemed to be a prospectus of a company for all purposes and all the provision of content and liabilities of a prospectus will be applied upon it.

Objectives of Issuing the Prospectus

Consequences of Misstatement in Prospectus

Civil and Criminal liabilities shall be faced by any person who provides with misstatement in a prospectus.

In case, misleading prospectus amounts to misrepresentation, the aggrieved persons can repudiate the contract. They can claim a refund of their money. Damages can also be claimed by the persons found guilty.

In case any deliberate concealment is made, directors will be punished with a fine of Rs. 5,000 or imprisonment up to two years or both. If it is a fraud the fine will extend to Rs. 10,000 or 5 years imprisonment or both.

Statement in Lieu of Prospectus

A prospectus plays an important part in the development of a public limited company. It is one of the most important booklets as it instructs more about the company in a detailed manner about its share.