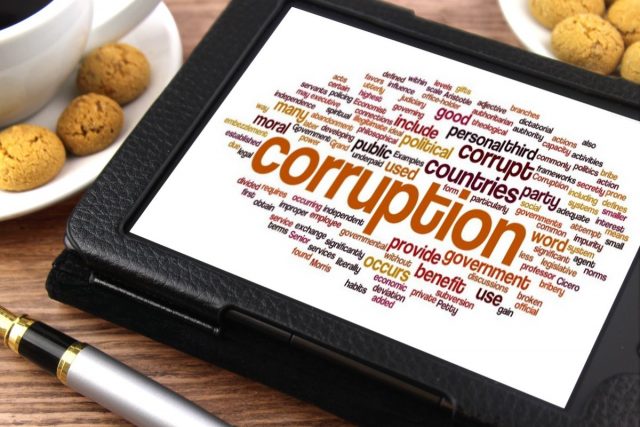 Initially, the Indian Penal Code dealt with bribery and corruption in situations involving public servants inside the Indian Justice System. However, it was recognised in the 1945s that the current law was insufficient to fulfill the needs, and a need was felt to adopt special laws to combat bribery and corruption. As a result, the Prevention of Corruption Act, 1947 was adopted for the first time.

Based on the recommendations of the Santhanam Committee, the 1947 Act was changed twice: once by the Criminal Law Amendment Act of 1952, and again by the Anti-Corruption Laws (Amendment) Act of 1964. The 1947 Act served as a model for the 1988 Prevention of Corruption Act, which comes into force on September 9, 1988. Its goal was to make anti-corruption legislation more effective by broadening their scope and reinforcing the provisions in order to improve the overall statute.

“If we cannot make India corruption-free, then the vision of making the nation develop by 2020 would remain as a dream.” – Dr. A.P.J.Abdul Kalam

The word “corruption” derives from the Latin term “corrupts,” which means “corrupted.” Corruption is defined as dishonest or deceptive behaviour by those in positions of power, such as government officials or other administrators. Giving or receiving inappropriate gifts and bribes, under-the-table payments, money laundering, and black money, meddling with elections, and defrauding investors are all examples of corruption. India is regarded as one of the most corrupt countries in the world. Following the 2G spectrum lawsuit and the Commonwealth Games Scam in 2010, Parliament resolved to change the Act. The desire for illicit profits, greed for money, and the prevention of furthering any wrongdoing are the main reasons why people engage in corruption so regularly. It has been noticed that unlawful gains, often known as black money, are deposited in Swiss banks or the World Bank in order to make additional black money.

Salient features of the Prevention of Corruption Act

Crimes Punishable by The Prevention of Corruption Act

When a public servant receives money or gifts in exchange for a favour from someone other than their employer, they are not earning their wage.

Any person who assists the public servant in committing the crime.

When a person distributes or receives presents in order to influence a public servant through his personal connections, illegal techniques, or corrupt means, that person’s influence will be made public.

When a government employee is in charge of conducting criminal misbehaviour.

When a public servant accepts bribes or commits corruption with someone with whom he or she has a business or official relationship.

Critical analysis of the Act

The Act’s goal, as amended later, appears to establish a high level of accountability on commercial entities. The Act is based on the contemporary trend of anti-bribery and anti-corruption notions since it provides us with a tool of action expressly for cases of corruption in Public Duties. The provisions of this Act are subject to multiple interpretations, which can only be resolved through more decisions and newer revisions in this area. There are a few highlights of this legislation that have arisen as a result of the recent revisions, which are as follows:

A trial must be completed within four years of the first hearing, according to Section 4 of the Act, although there is no indication of what the deviance might entail. The entire process would be slowed and stalled as a result of this.

Despite the lack of clarity in Section 9 of the Act, it appears to imply that Indian corporations must begin adding anti-bribery provisions into their commercial agreements.

Sections 7A and 8 of the Act, which primarily deal with excessive benefits in organisations, state that anyone who is involved in corruption, whether a private or public entity, can be penalised.

When an Indian party enters into a contract with another party that engages in corrupt practises with or without the former party’s knowledge, the corporation engaging in corrupt actions may be penalised.

Simply reading the provisions of this Act, it is evident that it is aimed at risk mitigation by implementing rigorous anti-bribery and anti-corruption procedures or rules that are appropriate for our nation in order to eliminate the cancer of corruption from our society.

Landmark Cases under the Act

The question in CBI, Bank Securities & Fraud Cell v. Ramesh Gelli and Others (Writ Petition (CRL.) NO. 167 OF 2015) was what bodies are considered public servants. The Supreme Court of India has ruled that officers of private banks are public officials under the Prevention of Corruption Act (PCA) of 1988. The court further stated that the Act’s goals were to make anti-corruption legislation more effective while also broadening its scope.

The legality of Section 19 of the Prevention of Corruption Act, 1988 was called into doubt in Manzoor Ali v. Union of India (WRIT PETITION (C) NO. 305 OF 2007). The court found that a sanction for prosecution in a corruption case is not unconstitutional since the mere possibility of abuse cannot be used to declare a provision unconstitutional.

In Aiyappa v. Anil Kumar ((2013) 10 SCC 705), the court stated that the purpose of the Act’s provisions is to safeguard an innocent public servant against unjustified and mala fide prosecution.

The 2G Spectrum Case was one of the Act’s major instances, in which telecom spectrum was allocated at a bargain price by the UPA government through fraudulent and illegal ways. The acts were in breach of the Act’s requirements on public duty, and charges were filed against the individuals involved. A special CBI court was convened for the trial, and all of the defendants were acquitted on December 21, 2017.

Corruption is a cancer that is eating away at the core of our society, stifling not only individual growth but also the collective development of our country.

The Prevention of Corruption Act of 1988 is essential anti-corruption legislation. However, legislation alone will not win the war against corruption; it is the conduct of our legislators that will give us an advantage in combating this scourge. It is also vital to remember that nothing in this universe is perfect, and the same holds true for this Act. It is facing complaints from legal luminaries as a result of the new revisions, but this should be avoided, and legislators should seek to uncover the gaps in the laws and make it as faultless as possible.

The legality of Lockdown amid Coronavirus
STRICT LIABILITY VERSUS ABSOLUTE LIABILITY
Acceptance under Indian Contract Act, 1872