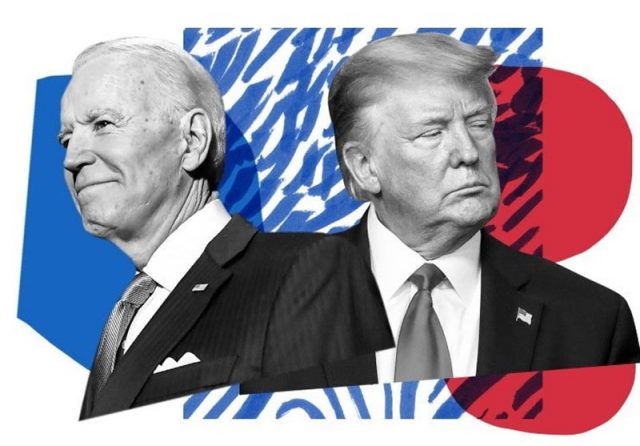 The debates start with the candidates standing behind their podiums, with the moderator on the other side. According to the format, either the moderator or a member of the audience can be the one to ask questions. Generally, opening statements are made, and a ritual of closing statements has been prolonged. A coin toss determines who gets to answer the first question and who will make their closing remarks first. Each candidate will get alternate turns. 2 minutes are assigned to the candidates to answer the questions. And 1 minute is assigned to the opposing counsel to rebut the argument. 30 seconds per candidate may be extended depending on the moderate’s discretion.

A flag or a buzzer is used when the times are up. In recent times traffic lights as in red yellow and green, have been installed to aid the candidate as to the time left with green indicating 30 seconds, yellow indicating 15 seconds, and red indicating only 5 seconds are left.

With the elections in the corner for The United States, a 4 debate setup has been formulated by the Commission of Presidential Debate.

US President Donald Trump and Joe Biden from Republic and Democratic Parties respectively participated in their first 2020 presidential campaign debate held on the campus of the Cleveland Clinic at Case Western Reserve University in Cleveland, Ohio, US, September 29, 2020. The turbulent 90-minute event has been trumpeted as the “Worst presidential debates” in history by netizens, politicians, and political commentators alike. The event was punctuated by continual interruptions, squabbles between the two candidates, and hopeless pleas from Fox News anchor Chris Wallace, the debate’s moderator, to maintain decorum. Phrases like “will you shut up man?” have been used by a visibly disgruntled Joe Biden due to constant respites by President Donald Trump.

Questions were raised by Democratic nominee Joe Biden on the smartness to tackle the situation of the President. “A lot of people died and a lot more are going to die unless he gets a lot smarter, a lot quicker,” said Biden.

Questions were further raised by Trump as to how Biden is incapable of attracting larger crowds and how the rallies that Trump held outside were much greater and larger in numbers because that’s how experts do it and that’s what experts do emphasize on the word “expert”.

The fundamental disparity between the two candidates came out as a bloke when on one occasion trump said  “People want their places open,” and Biden countered “People want to be safe,”.

Race with Supremacist and the Suburbs

When the subject of race issues appeared within the debate format belligerent exchanges were made that made it extremely clear Biden was easier talking about the previous while Trump wanted to debate the matter.

Biden accused the president of fomenting racist divisions, while Trump swiped at Biden’s support for a 1993 anti-crime bill that led to higher incarceration rates for blacks.

“This isn’t 1950, of these dog-whistles and racism don’t work anymore,” Biden said. “The suburbs are by and largely integrated.”

He added that the important threat to the suburbs was Covid-19 and global climate change.

Trump Touts His Records of Getting Things Done

A clear message was put forth through the campaign by President Donald Trump and was also tweeted from the President’s official account on Twitter was that Joe Boden has been in the business for almost half a century i.e 47 years to solve the problems that the country is facing and the problem still exists.

Trump’s exact words in the campaign were “In 47 months, I’ve done more than you’ve done in 47 years,”

Later Biden replied to this and said “Under this president, we’ve become weaker, sicker, poorer, more divided and more violent,”

The message was very clear from the republican party as to how The President has got things done, unlike the Vice President who holds the public office for years now.

“THIS WILL NOT END WELL”

The closing segment of the debate was on election security and concerns – presented by both the left and the right – that the election will not be free and fair.

The major part of the debate revolved around Trump’s misleading anecdotes that demonstrate mail-in voting which a lot of Americans will resort to die to the ongoing Pandemic. A clear allegation was put forth on it being corrupt and incompetent and would be manhandled.

Trump at one point said “THIS WOULD NOT END WELL” – which is a sentiment to the whole of America of course the reasons vary.

Amidst all this Boden still decided to take the High ground and called for all the ballots and votes to be counted suitably and that he would respect the results once the winner is declared. Just when he was adding something else to this, Trumps interrupted him again just like he did throughout, and then Wallace announced the debate was over.

It was a sudden end to a chaotic evening that can hardly be called a debate in any traditional sense of the word. While the debates are held to change minds or to give a clear idea of thoughts of the elected ones, the muddled mess of debate comes off unlikely on the fact minds were changed.

This is probably bad news for Trump, given the fact that how he has gone through in his 5 years of the ruling has turned off a lot of people especially the suburban woman.

The Winner of the Debate and Conclusion

In a debate that was the political equivalent of the Show Game of Thrones, the winner was the man who fought the battle in consonance with the rules and still put forth a tough fight.

On Tuesday night, based on instant polls and betting markets, that man was Joe Biden – As it was quite visible in the debate that his main goal was to prove to the Americans that Age is just a number and he is still sheer driven to catch the arrow and throw it in the opposite direction. He almost met the standards of the debate and was at least in part as President Donald Trump by his constant respites and interludes barely, gave the Former Vice President a chance to enunciate damaging to his rationale.

THE NEXT EDITION OF THE DEBATE WAS TO BE HELD ON 15 OCTOBER 2020 WHICH STOOD CANCELED AFTER DONALD TRUMP DENIED DO A VIRTUAL DEBATE DESPITE HIM BEING DIAGNOSED WITH CO-VID 19.

2020-10-15
Previous Post: BABUL SUPRIYO VS. STATE OF WEST BENGAL ANR.
Next Post: Mere possession of a Pan Card, Voter Card or Aadhar Card does not meant to be proof of Indian Citizenship.