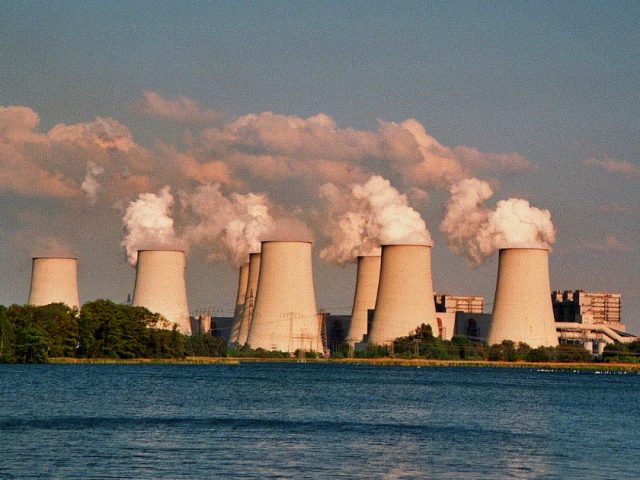 This Article is Written by Akanksha Chowdhury from Amity University, Kolkata. This Article talks about Polluter Pays Principle along with some landmark cases which were decided and also led to the formation of this important doctrine which is a need of an hour.

The Polluter Pay principle was first introduced in 1972 by the Organization for Economic Cooperation and Development. This principle says that if any person is responsible for polluting the environment then that person has to pay for the damage that he has caused. Honestly the industrial revolution has a lot of pros and cons while on one hand it has helped to improve the lives of many people however it has also caused lots of pollution. Thus, there was a need for certain principles which could help to reduce or curb the pollution therefore the principles such as Polluter Pay Principle and Precautionary Principle. So basically, in this principle the polluter not only has to provide compensation to the but also provide compensation for restoring the environment. Most of the businessmen do not care about the wellbeing of the environment and are mostly concerned with profits, therefore there was a need to introduce different acts and principles that would help them to remember their social obligations. The Polluter Pay Principle is said to be an extension of the Absolute Liability Principle, this principle of absolute liability is applied whether or not the person takes reasonable care.  However the problem with the Polluter Pay Principle is that when it was first introduced it did not gain much recognition , it got finally recognized in the case of Indian Council of Enviro Legal Action vs Union of India. In this case it was said that one of the main part of industrial process is that it should reverse any damage that it has caused to the environment , which means that the industries cannot shift the burden to the government they have to pay all the compensation on their own , further in this case multiple writ petitions were filed however the judge had said it was very easy for people with authority to disobey with the judicial pronouncements .

> There are still a lot of problems in understanding who the polluter is, as the definition is very broad and therefore becomes unsupportive.

>Large poor households do not possess enough money to bear the costs for any kind of energy for waste disposal.

>Many environmental problems in the developing countries take place because of overexploitation of common pool resources and access to these common pools of resources could be limited in some cases.

The Citizens complained that a lot of untreated waste from the tanneries and other industries of Tamil Nadu are discharged into the rivers. In tanneries around 200 tons of leather were produced every day and also 1 kilo utilizes 40 liters of water and every liter of water contained 176 different types of toxic acids.

Such acids resulted in the contamination of potable water, because of incandescent in nearby towns the river water flowed into the adjacent land, those lands were used for cultivation and farming practices, as a result the agriculture land was contaminated due to the toxic water from the rivers.

Therefore, in this case the industrialists sought to take necessary action so as to protect our environment.

MC Mehta vs Union of India

This case is also known as the Taj Trapezium Case, in this case the supreme court had reiterated Polluter Pays Principle and had focused on the application of the principle. The yellowing and decaying of the famous Taj Mahal were the main issue in the entire case.

According to the reports given by the national environment engineering institute and Vardharajan Committee in the year 1990 and 1995 respectively they had claimed that the main cause of this decaying was some chemical industries and also Mathura Oil Refinery , the court held that these industries should change from fuel to natural gas or else their licenses would be cancelled instantly.

In this particular case, a petition was filed by MC Mehta, who seeks closure of Shree Ram Industry because it was engaged in manufacturing of hazardous chemicals and it was also located in a densely populated area. One day Oleum Gas had leaked from one of its units and caused the death of a lawyer and injured several others

Just after 1 year of the Bhopal Gas Tragedy this incident had occurred, MC Mehta had filed a PIL under article 21 and 32 of the constitution and demanded that the Shriram Plant in Delhi must be closed.

As a result, the factories were closed however it was later decided by the court that the entire shutdown of the industry will result in the employment of almost 4000 workers and thus cause poverty, therefore it was said that the factory could be opened provided the 11 conditions are followed.

Further the court was asked to deposit Rs 20 Lakhs for payment of compensation to the victims.

This is also known as the Span Motels Case. The defendant had a direct connection with the company known as Span Infrastructure Limited who wanted to open a club known as Span Club just near the River Beas. The plaintiff had filed a case in the court because the club was made just near to the river Beas and it was therefore blocking the flow of the river. The court therefore issued public trust doctrine and ordered the club to be removed as soon as possible. The court in its judgement had stated that:

“Liability to pay damages on the principle of ‘polluter pays’ in addition to damages, exemplary damages for having committed the acts set out and detailed in the leading judgment. Considering the object underlying the award of exemplary damages to be to serve a deterrent for others not to cause pollution in any manner. So, the quantum at Rs. 10 lakhs are fixed for the span motels. “

This case is known as Shrimp Farming Case. The court had issued the doctrine of polluter pays principle because of the fact that the shrimp farming industry was found guilty of polluting the coastal areas nearby. The court had held that the affected people had to be paid compensation by the Shrimp Industry on the basis of polluter pays principle. The Central Government had issued Section 3 (3) of the Environment Protection Act, 1986 and held that the affected families had to be paid compensation because they suffered huge loss.

This case is known as the Calcutta Tanneries Case. In this case, the court had applied the Polluter pays Principle because of the fact that an industry was storing around 550 tanneries which was at some adjoining areas at the city of Kolkata. Those 550 tanneries caused widespread pollution in the city of Kolkata and the other areas. The Central Government had issued a search operation regarding the strict checking regarding the loss of environment and thus made the industry pay for such a big loss for the citizens and the natural environment as a whole.

Talking about India, we can see that our country is not at all employing this principle seriously. Although, there are laws but still the government fails to apply these aspects and contribute in making our environment quite better. We the humans should also understand that we have a Fundamental Right to Live in an unpolluted Environment guaranteed under Article 21 of the Constitution of India. If we only do not take certain steps, then how are we going to achieve positive results. The main thing which needs to come over here is unity and thus take strict action against the democratic government and pressurize them to apply these laws really fast otherwise we all will have a really bad and polluted future full of diseases and especially cancer.

There is no doubt that the decisions of the Supreme Court have a long way to go to reaffirm the commitment of the judiciary to environmental protection and eliminate the adverse effects of pollution. However, the Court is wrong in accepting the P.P.P. as one of the international principles. The disadvantages of the P.P.P. identified by the Supreme Court are not necessary for the P.P.P. to dissuade industry. The violation of environmental regulations mustn’t be affordable. In addition to assessing the cost of repairing the damage, the size of the industry must also be considered. Only in this way can it be ensured that the P.P.P. acts as a deterrent in large industries, as environmental damage is often irreparable.