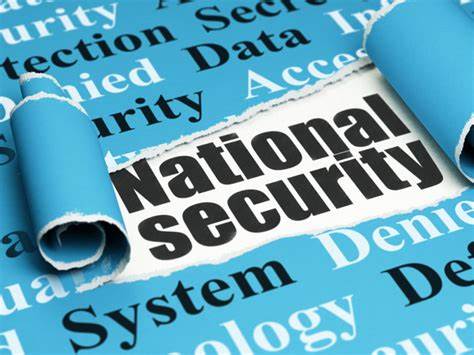 This article has been written by Yash Mittal. Picture credits to damajority.com

What is National Security?

National security is the concept of a government, with its parliament that should protect the state and its citizens against all kinds of national threats and crises. It is mainly for protection against military attack but now national security also includes other dimensions, which include the security from terrorism, environmental security, cybersecurity, economic security, etc.

The concept of national security is mostly developed in the United States after World War II. It’s initial focus it’s on military attack, but now it covers the broad range, which impinge on the non-military and economic security of the nation.

Military forces place a huge burden on economic security because of its high maintaining cost. Government expenditure on state armed forces was 4% in 2015 in Germany, 14% in the USA, 9% in the chile, 15% in Israel, 19% in Pakistan.

And India is now the third biggest military spending in the world. If not done so, economic constraints can limit the capabilities of the military.

Unilateral actions related to security by the states can also impact the political security at the international level if it erodes the rule of law and undermining the authority of international institutions.

In competition with other nation-states for the betterment of economic security can impact ecological security.

Ajit Doval is the current NSA who is now one of the most powerful bureaucrats in India.

The national security Council of India is an executive government agency tasked with advising the prime minister’s office on a matter of national security and strategic interest. It was established by the former prime minister of India Atal Bihari Vajpayee on 19 November 1998, with Brajesh Mishra as the first National Security Advisor. Prior to the formation of the NSC, these activities were overseen by the Principal Secretary to the preceding Prime Minister.

India’s security laws were not restricted to three or four laws, it has a series of laws which had the objective of national security and to safeguard the national interest. But the majority of these laws are Unchecked and have unregulated powers that negatively impact the rights of the citizens. These laws were also called as exception laws or a necessary evil.

Soon after the independence, the Constitution was drafted for securing the rights and protecting the citizens. But there was one law in making which abolishes the rights of the citizens.

The preventive detention act is a law which authorities the government to detain any individual without any charge for a period of one year.

The objective is to control the communal violence at that time, but it is a temporary law that has a sunset clause and it expires in 1969.

2) Maintenance of internal security act 1971-1977 – Just after the expiry of PDA in 1969, the new act was passed MISA (1971). The majority powers of the preventive detention act were included in the MISA. The objective of this act is to impose restrictions on the persons who were detained. In 1975, the imposition of emergency many people were detained without having trail rights or safeguards.

Any person who comes in opposition with the government were detained under this act. In 1977 this act was abolished.

In 1957- 1958 there was a Separatist movement in Nagaland which causes the violence and the situation was out of control on the hands of the state to stop the violence in North-eastern states, ASPA was introduced in which armed forces were deployed in disturbed areas to maintain the public order.

4) National Security Act 1980 – It is the reflection of PDA and MISA. In recent times in the period of lockdown four people got arrested under the NSA charges because they were throwing stones on to the health workers. As in PDA, it gives the power to detain or contain in order to prevent future crimes.

In NSA it gives powers to the central and state government to arrest any person in order to establish national security or national interest. The maximum period of confinement in the NSA is 12 months.

In NSA, if anyone is detained he or she  is denied of his or her basic rights like right to be informed and legal aid.

5) Terrorist and disruptive activities act (1985-1995) – To control separatist activities and especially terrorist activities in Punjab. It overrides the provisions of the criminal procedure code and the Constitution.

* Many new criminal offenses were made.

* Increment in the powers of police officers.

* Reduced the safeguards of the arrested person.

If anyone gives confession in front of the police it was considered Admissible in the court. Due to this, the cases of abuse and torture have been raised.

6) Prevention of terrorism act 2001 – In this act, any suspect can be detained for six months. The objective of this act is the same as of TADA. And the problems which were in the TADA were also present in this act like excessive powers of police, evidence admissible, etc.

Allegation on the POTA is that political parties fulfilling their vendetta misusing the power of POTA. So using the sunset clause of this act POTA was lapsed.

7) National investigation agency act (2008 & 2019 amendment) – After the Mumbai terror attack, the NIA bill was passed in 2008 for creating a central agency to look into the matter of terror attack in the country. This agency was created to look into the matters which disturbed the sovereignty, integrity, and security of the state and also against atomic and nuclear facilities.

The recent amendment included some effects into the act:-

Latest Amendment for 2019: The Act altered Sec 35, 36, and provided power to the government to declare the individual as a terrorist under Schedule IV of the Act. It also provided power to DG of NIA for the seizure of property in sec 25 and investigation by the rank of an inspector under sec 43.

Many acts and laws were passed earlier to tackle the problems of that time. But after this many acts were lapsed by the sunset clause because they were irrelevant and now endangers or threatens the rights of the citizens. If issues such as these were not managed effectively, national security policies and actions may become ineffective and counterproductive.