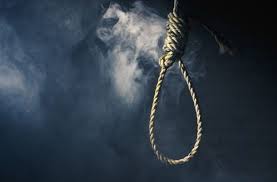 This article is written by Vishrut Gupta, a law student from Lloyd Law College. The article aims to explain to the readers about the Mercy Petition which acts as a lifeguard provision for a guilty person.

According to the Cambridge dictionary, ‘mercy’ literally means- the act of forgiving someone more specifically when you have some authority. But, as the word enters the periphery of the legal world, it carries a different meaning altogether. When the punishment of a convict is remitted, it is done through a ‘mercy petition’. A mercy petition is an application filed by an accused or a convicted person to the president of the supreme authority requesting to remit/ reduce the death sentence. It is done usually in the case where a miscarriage of justice or suspicious conviction is done. This concept of mercy petition is followed in many countries such as India, the US, UK, Canada, etc. Different countries have distinct authorities to cater this mercy petition as per the provisions of their constitution but mostly it is addressed to the president of a country. In the US and India, mercy petitions are subject to the discretion of the president. If the whole sentence is canceled, it is known as ‘pardon’ and if it is remitted partly after or before sentence, it is known as ‘clemency’ or ‘mercy’.

Article 21 of the constitution of India ensures that no person will be deprived of his right to life. Mercy petition following article 21 and article 14, which talks about the right to equality, clearly has some essence of the human sentiments and protects the basic human rights of every prisoner where the convictions are suspicious. Article 72 of the Constitution says that the President shall have the power to grant pardons and reprieves of punishment or to suspend, remit or commute the sentence of any person convicted of any offence. Similar power is given to the governors under Article 161 of the Constitution. The duration taken by the executive for disposal of mercy petition depends on the nature of the case and the gravity of the crime. It also depends upon the number of mercy petitions submitted to the court. The court, therefore, cannot set a time limit for disposal of even for mercy petitions. But, recently the Home Ministry has brought some essential changes in the laws on the mercy petition.

When Can a Mercy Petition be Filed?

Layers Through Which the Mercy Petition Passes

The petition is filed and submitted by the prisoner or his relative to the governor or president depending upon the case. It is then received by the Secretariat of the President. The Secretariat sends it further to the Ministry of Home Affairs for their recommendation. The Home Ministry discusses it with the concerned state and checks the details such as the background of the criminal and the gravity of the crime. The Ministry after consulting with the state prepares a report with suggestions and sends it back to the President. The President after going through everything grants the pardon/remission or dismisses the plea depending upon the facts and need of the situation. This is a very time taking process and sometimes it takes years.

Shabnam, a postgraduate and holding the post of the government school teacher, along with Saleem, killed all the 7 members of her family including a 10 months-old infant. She was sentenced to death by the Amroha Court which was upheld by Allahabad High Court in 2013 and also the Supreme Court in 2015. While in jail, she gave birth to a child. She filed two mercy petitions citing the reason as for the care of her child, first to the then-governor Ram Naik and then president Pranab Mukherjee but both the petitions were rejected. It was being argued that the convict has the Right to Life under the provisions of Article 21 but the judge dismissed the plea by saying that the family members also had the same rights. The apex court laid down the following observations:

Mercy petitions are essentially required everywhere because it is one of those few provisions which ensure the convict a second chance and the right to live which is not only a fundamental right under article 21 of the Indian Constitution but also a human right that cannot be denied. It is acting as a boon in the judicial skeleton. It helps in eliminating the situation where the ignorance of the judiciary results in injustice to the convict leading him to go through trauma and ill-health. In cases where the miscarriage of justice is seen, a mercy petition cures the damage done. Sometimes, it is also said that the mercy plea after crossing several chains lands in the periphery of politics, and recommendations by the ministry are not genuine and the best for the prisoner thereby failing the purpose of the mercy. Time is another crucial aspect in the mercy petition’s disposal. But at the same time, the procedural discrepancies result to delay injustice. This can be seen in the Nirbhaya case where the convicts were hanged after 7 years. So, we can say that the mercy petition acts as both a boon and bane. There is an urgent need to formulate laws specifying the time limit to dispose of with the mercy petitions for quick justice because- “Justice delayed is justice denied”