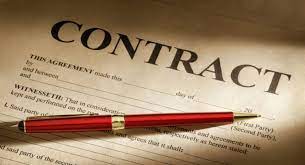 This case brief is written by Sanskriti Goel, a 1st year law student from Chanderprabhu Jain College of Higher Studies and School of law, GGSIPU.

Section 2(a):  When one person signifies to another his willingness to do or to abstain from doing anything, to obtain the assent of that other to such act or abstinence, he is said to make a proposal.

Section 2(b): When a person to whom the proposal is made, signifies his assent thereto, the proposal is said to be accepted. A proposal, when accepted, becomes a promise.

Contentions of the Parties

The plaintiff contended that the very performance of the task assigned to him was sufficient consideration for the defendant’s promise since the plaintiff had successfully traced the boy and brought him back home and thus fulfilling the defendant’s conditions.

He affirmed that neither motive nor knowledge of the offer was not essential and hence, he was entitled to the reward.

He also argued that the plaintiff, being his servant, was under an obligation to perform the task assigned to him, and therefore, such performance cannot be regarded as  sufficient consideration for the defendant’s promise.

In the case of Lalman Shukla v. Gauri Dutt, it was held that there can be no acceptance unless there is knowledge of the offer.

Decision of the Allahabad High Court

The High Court observed that “A suit like the present can only be found on a contract. To constitute a contract, there must be an acceptance of the offer and there can be no acceptance unless there is knowledge of the offer. Motive is not essential but knowledge and intention are. Moreover, there was already a subsisting and therefore, the performance of the act cannot be regarded as a consideration for the defendant’s promise.”

Consequently, the suit was dismissed and the defendant was held not liable to pay the reward to the plaintiff.