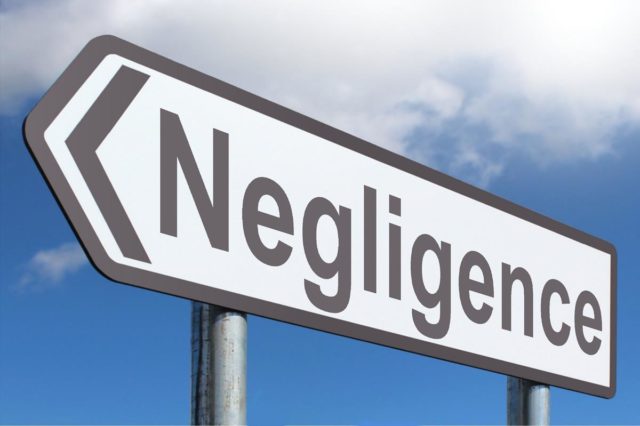 Negligence in simple terms translates to failure in taking care of something or keeping things under check.

In legal terms, however, negligence means the breach of duty of care that results in damages. It involves failing to or omitting to do something, which the person was legally bound to do and the other person being caused damages due to such breach. Therefore we can understand that for negligence to take place, 3 essentials must be there. These being as follows:

Once these 3 essentials are satisfied, the defendant is held liable for negligence.

It is however obvious that a professional is also a human and thus can take wrong decisions which may lead to a breach of duty of care and cause negligence. This raises the question, that when can a professional be held liable. A professional can be held liable on the basis of either one of two findings. These are as follows:

The standard for judging the second condition can be determined by various tests. The Bolam test that has been held in Bolan v. Friern Hospital Management Committee is the most well-known test. The standard that had been set was that the level of skill may not be that of the person exercising the highest level of skill in that particular profession, but it should be that of an ordinary competent man practicing that particular profession.

From the above discussion, we can say that medical negligence is the breach of duty by a medical professional to take reasonable care and that such breach causes damage to the plaintiff.

Just like above, it can be deduced that a person can be held liable for medical negligence when they either:

In Nizam’s Institute of Medical Sciences v. Prasanth S. Dhananka, the doctors had misjudged the patient’s conditioned. Had the patient’s correct condition been noticed, a neurosurgeon would have also been appointed to conduct surgery. But the surgery was performed by a doctor who had expertise in only one area. It was thus held that the doctors were remiss in their performing of the operation and this amounted to negligence.

Medical Negligence during a pandemic:

An ex-gratia plea had been filed before the Delhi High Court by the family of a COVID-19 patient who died due to lack of oxygen. The petitioners claimed that the patient’s oxygen level had declined tremendously and yet the hospital due to its medical negligence led to the death of the patient. The defense that represented the state government stated that the state government is offering relief of 50,000 Rs to the families of people deceased due to COVID-19.

Medical negligence during a pandemic is a sensitive topic as during such a scenario, it is important for both a medical professional to be held liable for negligence but also taking into account other factors such as the government’s role in ensuring that all the hospitals are supplied with the necessary equipment and other items and also whether the negligence in question was an unavoidable circumstance or breach of duty of care. I am of the opinion that surely a professional should be held liable for their negligence, but it should be kept in mind while dealing with such a case of negligence that they are humans as well capable of making erroneous judgments especially during such crucial times of the pandemic.

This article is written by Om Gupta, a first-year law student pursuing a BBA-LLB from the University School of Law and Legal Studies.