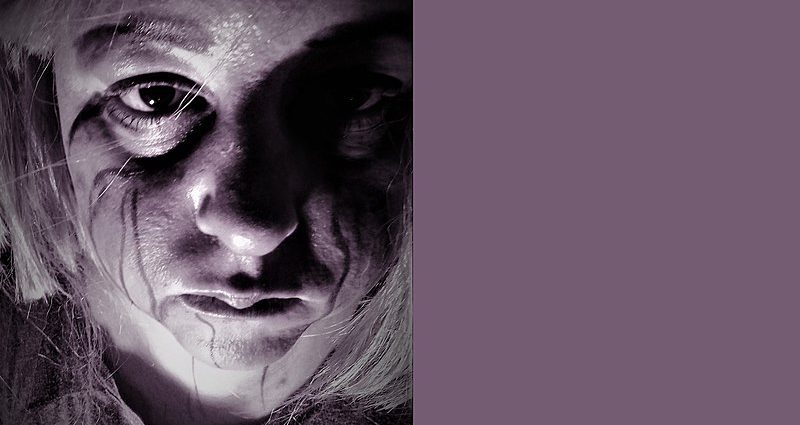 Long years back, during the ancient era of 1900 BCE in Babylon, if a man forced his sexual pleasure on someone’s wife or daughter is sentenced to death on the grounds of vandalizing someone else’s property. And in other parts of the ancient world, the laws defined rape as a property crime against the husband or father than the woman herself. Later during the 17th century, the Qing dynasty or British Empire had started to state rape as a crime against the woman herself but it was on the grounds of violation of her sexual purity. Due to the growth of middle-class mentality and Victorian morality in the age of 18th and 19th centuries, the accentuation on woman’s virginity had started increasing and rape was thus termed as a threat faced by women outside her household and it was made as a responsibility for the father and the brother to protect her from that. And it was from this basis the Indian penal code of 1860 had got its origin where article 375 considered rape as a crime done against women. From considering women as a commodity to an individual, our law had moved a lot forward but still in all these aspects we consider rape as a threat from the outside. And it is considered as not possible in a marriage because at the end of the day the wife is a husband’s property and he has a monopoly over her to do whatever he wants. Even though rape is considered as a threat to the individuality of a woman, our law fails to view rape in a marriage as a threat to the individual but as a right of an owner over his slave. As the feminist movements all over the world are asking women to report rape cases even if the perpetrator is strong or influential.  But in India, it still continues to uphold a man’s right to rape a woman when they are married.

The word marital rape is defined as an act of forcing the spouse into sex without her consent. The lack of proper consent is an important aspect in the case of marital rape and no physical violence should be exerted over the spouse. Marital rape is considered a form of sexual abuse and domestic violence.

Social And Legal Status Of Marital Rape In India

Even though rape is considered as an attack over a human being’s individuality in our statute but the mentality towards rape in India considers it as an injury of the victim’s family honor. Domestic violence is a deeply established issue in India. The national crime records bureau’s “crime in India 2019” report discovered that in India 70% of women are victims of domestic violence. Domestic violence can occur in different forms. One such embodiment of domestic abuse is marital rape. In this 21st century, over 100 countries impeached marital rape but in India, it’s still legal for a husband to rape his wife. Even though lots of amendments have occurred in criminal law as a result of feministic movements like:

The non- penalization of marital rape undermines the rights and dignity of women as human beings. Rape which is referred to as a crime under article 375 in the Indian penal code, 1860 includes all forms of sexual abuse without the consent of the woman. The non- criminalization of marital rape in India originated from exemption 2 to section 375 where it exempts unwilling sexual relationship between a husband and a wife over fifteen years of age. This proves that in India the wife is presumed to deliver “implied consent” to have sex with her husband after their marriage. Our society still considers women as property over which a man first as her father then as her husband has a monopoly on and fails to accept a woman as an individual who is entitled to have agency or autonomy over her body and individuality. It’s not only the social mentalities that are demeaning but also the legal approach towards it is quite disheartening.

“However brutal the husband is when two people are living as husband and wife can sexual intercourse between them rape?”

The all-India democratic women’s association had filed a PIL in Delhi court in January 2015 stating penalization of marital rape but due to the covid-19 pandemic, the PIL is getting delayed. A bill named “women’s sexual, reproductive and menstrual rights, 2018” was introduced by MP Shashi Tharoor in parliament but later failed to garner maximum support from the house. In India, we mostly consider rape as a threat to honor or chastity of the woman or her family and we fail to regard it as harmful to a person’s individuality and dignity. That is the reason behind the belief that getting the victim married off to the perpetrator can save a woman from losing her honor. The Supreme Court had asked the rapist to marry the victim while they were dealing with the bail request filed by Mohit subash Chavan, a technician with the Maharashtra state electric production company. He raped a 16-year-old minor who was his distant relative. This seems to be like romanticizing the relationship between a victim and a culprit. In any relationship, the key aspect is respect for each other. No one has authority over anybody. All these mentalities arise from our social conditioning where we are constantly conditioned as a woman is the responsibility of a man. All will get altered once we start respecting an individual’s personhood, choices, desires, and consent.

Legal And Constitutional Rights And Provisions Regarding Marital Rape

Most of the time the victims withdrew themselves from filing a complaint against the culprit because of the fear of breaking the marriage, societal pressure, children, etc. even though marital rape is not criminalized but it actually violates several existing rights of a citizen. While raping an unmarried woman is termed a crime, raping a married woman is considered to be legal. This shows an inequality among the individuals on the basis of their marital status thus violating the norms of article 14(right to equality). It also questions the purpose of article 375 where it promises protection and justice for women from sexual exploitation but it fails to protect a married woman from the consequences of marital rape where it is difficult for her to come out of such a relationship when the wife is both legally and financially bonded to her husband. The norms regarding marital rape also harm the real ideology of Article 21. In article 21, the constitution guarantees the right to health, dignity, privacy, safe living conditions, etc.  In the case of the state of Karnataka vs. krishnappa [2], the Supreme Court stated that sexual assault apart from the dehumanizing acts is an unlawful invasion into the right to privacy of the woman. The court also held that sexual intercourse without consent accounts for physical and sexual violence. In the case of suchita Srivastava vs. Chandigarh administration [3] states that every individual has the right to make decisions or choices regarding sexual activity and equates it with personal liberty, privacy, dignity, and integrity.  Under justice K.S. puttaswamy vs. union of India [4], the supreme court of India mentions the right to privacy where it also includes the ability to make intimate decisions. Under all these cases the Supreme Court had recognized the right to abstain from sexual activity for all women irrespective of their marital status. Now dealing with the remedies for marital rape, the possible remedy which can be provided is the protection of women from the domestic violence act, 2005. This act states forced sexual intercourse as an act punishable under Indian law. Section 498A deals with punishment of three years and a fine for cruelty committed against a woman by her husband or his relatives. However, a magistrate can’t punish a husband by stating he raped his wife. Still, the idea of marital rape is stuck in the patriarchal ideology. We need to walk a long way ahead to realize that consent is important in every relationship.

The Future Aspects Of Marital Rape

For India as a developing country, marital rape still being legal is a great threat to its social development. From women considered as commodities with mere rights to individuals with equal rights and responsibilities, we had moved a lot forward. But considering a married woman as a husband’s property is more like going back to our old belief system. There are certain steps taken at both the global and national levels to protect and provide a safer place for every woman from their abusive spouses. The United Nations declaration on the elimination of violence against women had released their comment on harassment against women as:

“Any act of gender-based violence that results in, or is likely to result in, physical, sexual, or mental harm or suffering to women, including threats of such acts, coercion or arbitrary deprivation of liberty, whether occurring in public or private life”.

UN committee on the elimination of discrimination against women (CEDAW) had advocated the Indian government to penalize marital rape. The JS Verma committee was set up as a result of the massive nationwide protests over the Delhi gang-rape case held on December 1, 2012.  The criminalization of a crime like marital rape can not only protect women from an abusive relationship but can also make society understand that marital rape itself is a crime and no woman is anyone’s commodity but an individual who has the right to live her life with dignity and choices.

Marital rape is a menace towards a woman’s dignity and criminalization of it will be a fight against the notion of marital sanctity that is based on the subjugation of women. It challenges the age-old rape culture that denies a woman her basic rights, dignity, respect, and autonomy over her own body.

The article has been written by Nourien Nizar.

The article has been edited by Shubham Yadav, a law student from Banasthali Vidyapith.